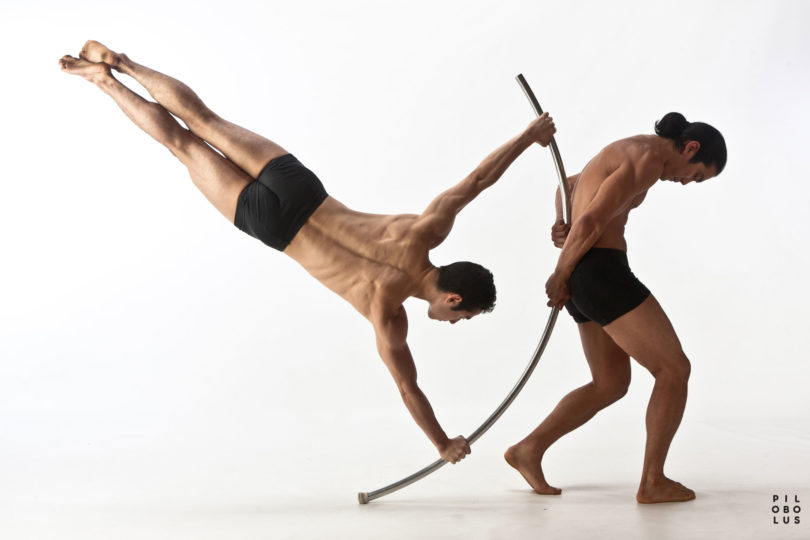 The dance compnay Pilobolus will perform Jan. 23-24 at 8 p.m. in Fine Arts Theatre at the University of Georgia.

Athens, Ga. – The University of Georgia Performing Arts Center will present the dance company Pilobolus for two performances Jan. 23 and 24 at 8 p.m. in the Fine Arts Theatre.

Pilobolus’s Athens program will include two works that were created by Matt Kent, the company’s associate artistic director who attended the University of Georgia. One of the works, entitled “esc,” was created by Kent in collaboration with noted illusionists Penn and Teller.

Pilobolus was founded by a group of Dartmouth College students in 1971. The company takes its unusual name from a barnyard fungus that propels its spores with extraordinary speed, accuracy and strength. Over the last 43 years, Pilobolus has toured its 115 pieces of repertory to more than 64 countries around the world.

The company was featured at the 79th annual Academy Awards and has appeared on “Sesame Street,” “Oprah,” “60 Minutes” and “Late Night with Conan O’ Brien.” Its honors include an Emmy Award for Outstanding Achievement in Cultural Programming and the Samuel H. Scripps American Dance Festival Award for Lifetime Achievement in Choreography.

Pilobolus holds the 2011 Guinness World Record for fitting the most people into a Mini Cooper (26), and in 2012, the company was nominated for a Grammy Award for its interactive music video collaboration with OK Go and Google Chrome Japan, “All is Not Lost.” Recently, Pilobolus was honored as the first collective to receive the Dance Magazine Award, which recognizes artists who have made lasting contributions to the field.

The Performing Arts Center will offer a pre-concert lecture at 7:15 p.m. before each Pilobolus performance. The lecture is free and open to the public.

Tickets for Pilobolus are $50-$60 with discounts for UGA students. Tickets can be purchased at the UGA Performing Arts Center box office, online at pac.uga.edu or by calling 706-542-4400.

The performance underwriters are Calvin D. and Clare E. Hasbrouck and The Trashy Book Club of Athens. Pilobolus is presented in cooperation with the UGA department of dance, dance repertory project. These performances and residency are made possible by grants from the Jane and Harry Willson Center for Humanities and the UGA Parents and Families Association.