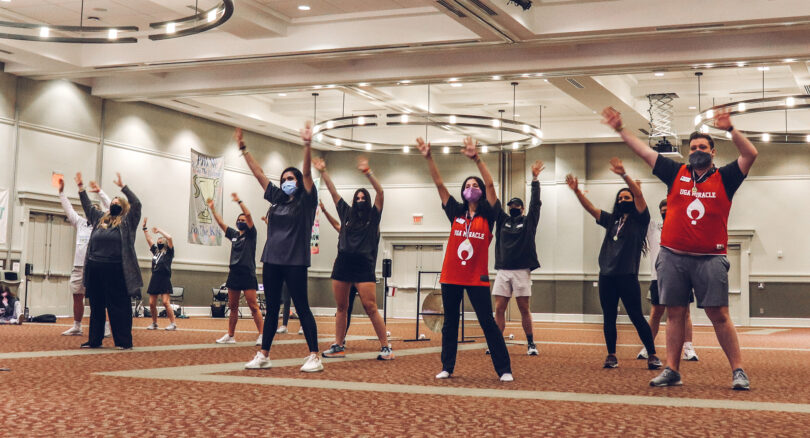 In the midst of fundraising challenges for many philanthropies because of the COVID-19 pandemic, this is an expectation-shattering total for UGA Miracle, the University of Georgia’s largest student-run philanthropy.

More than $10 million since inception

This was the 26th annual Dance Marathon. The event is a symbolic gesture of sacrificing a day in support of children who have had to sacrifice much more of their own time to combat illness in hospitals. Since its inception, Miracle has raised more than $10 million for Children’s Healthcare – $6 million of that total coming in the last six years.

In a typical year, participants would all gather in the Tate Center. The most stirring aspect of Dance Marathon is the attendance of the “Miracle children,” Children’s Healthcare patients who interact with Miracle’s student members during the year. Though they were not able to attend in person this year, the children and their families still took turns on the Zoom call throughout the night to share their inspirational stories.

“We really want to provide that same joy and those highlight experiences that people remember year to year,” said Allison Doherty, executive director of UGA Miracle. “We will still have the morale dance, and it’s awesome to see the same level of energy, even over Zoom!” 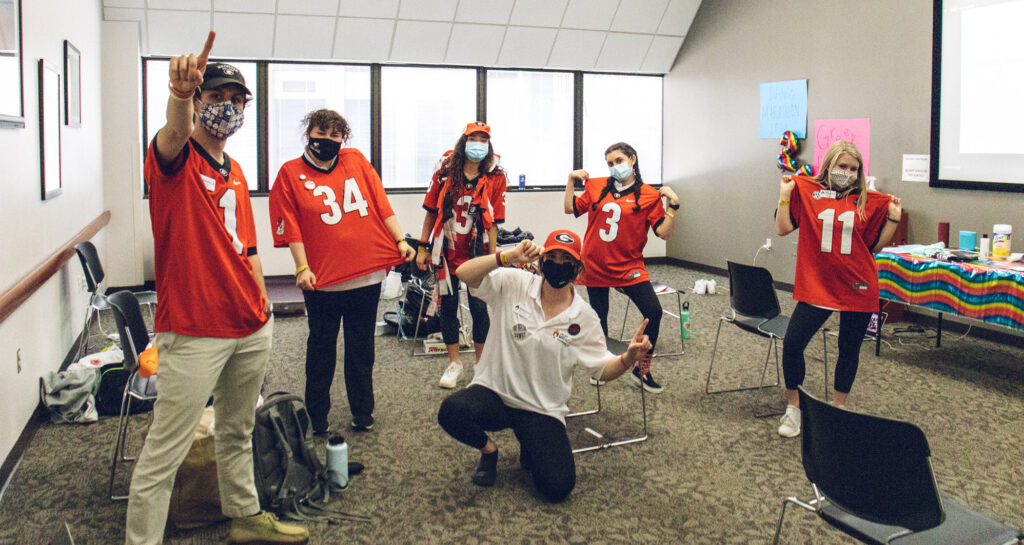 The Dance Marathon event itself wasn’t the only thing affected by the pandemic. Doherty said that the group had to adjust its expectations for what a successful year might look like.

“Initially, we were worried about making up lost ground from all the canceled events from our normal fundraising calendar,” Doherty said. “Then we shifted our focus from monetary goals to what we could do to continue to bring joy to the hospital and the families.”

Miracle’s leaders faced a similar challenge in keeping students engaged and morale up, because much of the experience traditionally leans on in-person events and fellowship. Miracle’s co-chair of morale, Cole Williams, explained how the shift in routine helped refocus the students on the purpose of the organization.

“Deep down, what keeps you going? Because you’re putting in a lot of work and not getting that face-to-face interaction you were looking forward to,” Williams said. “In the end, it’s awesome to focus on the good and positive that we’re able to bring through all this.”

Once fundraising resumed last summer, it appeared that the refocusing paid off, quite literally. Internal fundraising, dollars donated by the organization’s members themselves, was up 233% on the previous record. The first big fall semester push, called “Zero Zeroes,” saw a 66% increase in participants, including the first time 100% of the group’s committee members participated, raising more than $120,000. The largest push of the fall, “Beyond Limits,” raised $248,000, yet another increase over previous years. Spring fundraisers saw similar success.

“The crazy thing is that I think we’ve seen even greater engagement this year, which is really wild to believe,” said Doherty. “Our executive board theme was ‘persevere,’ and everyone committed to doing the best they could, and it ended up being the best year ever in terms of culture and engagement.”

At the end of the event and the culmination of a most challenging year, Doherty observed that this might have been the most meaningful Dance Marathon, because the organization dialed into its true meaning.

“It’s not about bouncy houses, or crazy, cool decorations, or live bands, or tons of students stuffed into Tate,” she said. “It’s about our families and the hospital we support, and the pandemic can’t take that away. It can’t take away the joy that these people bring by coming together and rallying to this cause.”