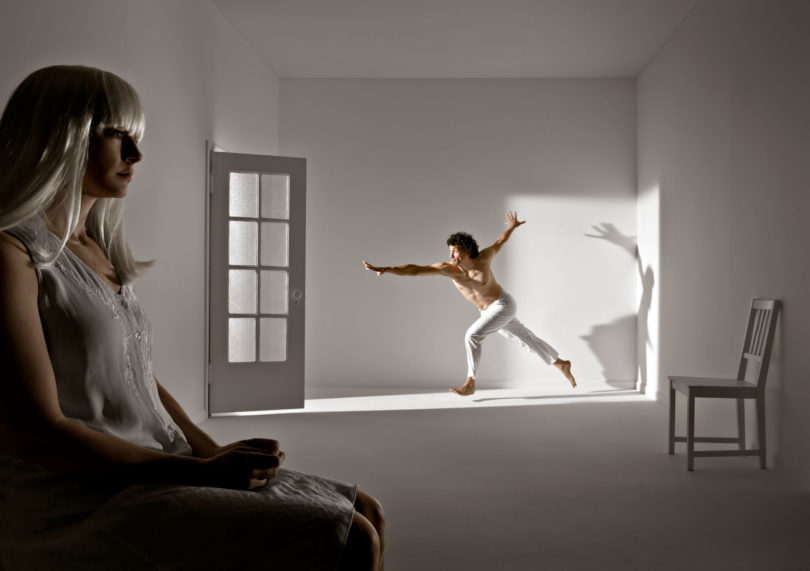 The Performing Arts Center will present the Joe Goode Performance Group, a groundbreaking dance-theater troupe, Feb. 4 at 8 p.m. and Feb. 5 at 3 p.m. Tickets are $34-$39 with discounts for UGA students.

The award-winning company will perform The Rambler, which received its world premiere last year on the West Coast.

Based in San Francisco, the Joe Goode Performance Group uses text, voice and high velocity movement to create work that is thoughtful, groundbreaking and deeply felt. The group’s work touches on social issues—including gender, race and sexuality—with the idea of illuminating and investigating in order to stimulate questions and conversations.

Founded in 1986 by choreographer Joe Goode, the company tours regularly throughout the U.S. and also has performed in Europe, Canada, Africa and the Middle East.

The group has received multiple awards from the National Endowment for the Arts and the California Arts Council and has been honored with the Isadora Duncan Dance Award (“Izzie”) for both choreography and performance and the New York Dance and Performance Award (“Bessie”) for choreography.

The group’s newest work, The Rambler, was choreographed and directed by Goode to original music composed by Jesse Olsen Bay. In his notes on the piece, Goode writes, “The Rambler is the classic story of the journey. Not the kind of journey that comes out of a mission or a goal, but the result of a restless, peripatetic soul who can’t stay put. It seems to me that the rambler is a keen and detached observer, someone who passes through, rather than becoming ‘part of’ the thing he observes. Any way you look at it, the rambler is a romantic figure–the wanderer who finds no perfect solace in any place or person, the rugged individual who wanders off into the sunset with no forwarding address.”