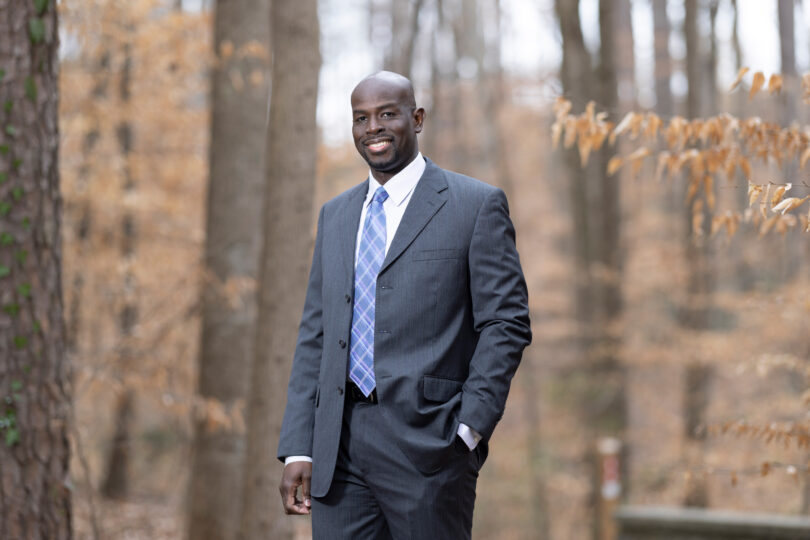 According to the National Center for Drug Abuse Statistics, overdose deaths are on the rise, and an estimated one-in-eight teens abused an illicit substance in the last year. The correlation between teen drug use and adult substance abuse compounds the problem.

Across the country, state and local governments and other organizations are trying to dissuade teens from taking this path.

Behind the scenes is Darigg Brown. His job is to assess which strategies are working and which are not, so policymakers and practitioners can invest in the best solutions.

Brown BSEH ’00 is a behavioral scientist who manages a substance use prevention, evaluation, and research program at RTI International, a nonprofit research institute that works with governments, businesses, universities, and other organizations.

At the heart of Brown’s work is his mission to address inequities that factor into teen and adult substance abuse.

“We still talk about the health disparities that exist among disenfranchised groups, such as racial, ethnic, and sexual minorities,” he says. “We also see health disparities among people of different socioeconomic strata and among rural residents versus those who live in more urbanized areas.”

Brown discovered and committed to his mission as an undergraduate at the University of Georgia. But first, he had to find his footing in Athens.

“Stepping on the campus, a fresh-faced undergrad straight out of high school, it was honestly a little overwhelming,” Brown says. “I knew it was a large campus with a huge student population, but nothing really prepares you until you step onto campus.”

As an environmental health major, he became more aware of health disparities. And he developed confidence as a leader while serving as a student ambassador for the College of Agricultural and Environmental Sciences.

Brown went on to earn a Master of Public Health degree from Saint Louis University and a doctorate at Penn State. He then completed a postdoctoral research fellowship at the CDC before landing at RTI International.

Now, Brown leads a team that evaluates public health prevention programs that target substance use among adolescents and young adults.

“These types of evidence-based strategies, if given enough time and if implemented appropriately, can really make an impact on decreasing substance use among youth,” Brown says, especially when they focus on fostering connections and trust.

In the past five years, Brown has led the evaluation of Georgia’s Alcohol and Substance Abuse Prevention Project, an initiative funded by the Georgia Department of Behavioral Health and Developmental Disabilities. The project helps local providers build partnerships and community buy-in while working with youth and young adults.

Brown’s team has found evidence that these programs can reduce substance use in teens and help them see the risks of these substances more clearly. It’s a signal of hope that there are paths to narrow the gaps in behavioral health outcomes.

“This research is necessary for figuring out what works and what doesn’t and taking that information to decision-makers and communities, where it can have the biggest impact.”