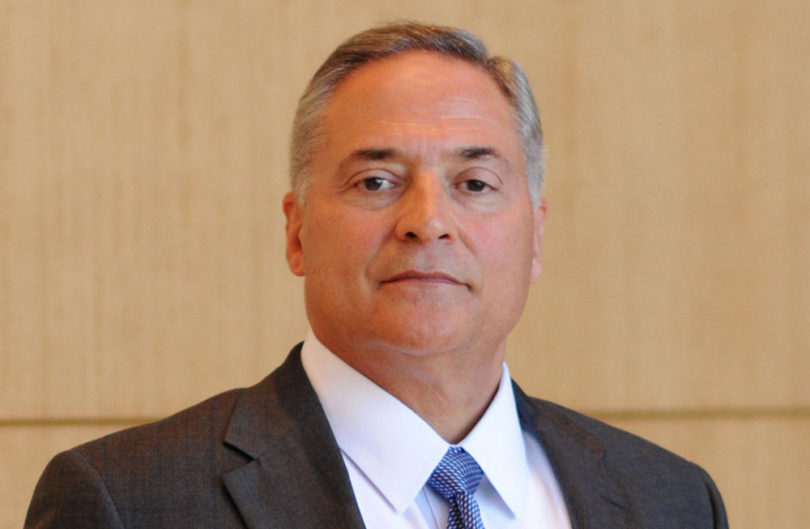 David Rosenthal BBA '78 MBA '79 serves as the vice president, controller and principal accounting officer at ExxonMobile, and gives back to UGA as a token of appreciation.

David Rosenthal, vice president, controller, and principal accounting officer at ExxonMobil, knows a thing or two about success. So when he speaks to recent graduates, they tend to listen.

His advice is simple.

“Find something you enjoy, work hard at it, be yourself, but maintain that work-life balance,” says Rosenthal BBA ’78, MBA ’79.

In that sense, Rosenthal considers himself lucky. He found something he enjoyed early in his career. After earning two degrees from the Terry College of Business, he got a job in Houston, Texas, as a financial analyst at Exxon.

He thrived in the environment and enjoyed the advantages of working for a multinational corporation, like traveling the world. He even lived in Santiago, Chile, for a few years. He also found kindred spirits in his coworkers.

“The people here are just the best in the world,” he says. “The company works quite hard to get just the right people.”

To work his way up the ladder, he followed his own advice: committing his best to the job but keeping a sense of himself and finding other passions.

He made it a priority to spend time away from the office, relaxing outdoors—on the lake or a ski slope—and with his wife Debbie BSEd ’78, MEd ’79 and two children, Joseph and Sarah (now adults).

Nearly 40 years after he started, he enjoys the success of being a top executive at one of the world’s most successful businesses. ExxonMobil is No. 13 on Forbes Global 2000. And he can look back at his time at UGA, and see how his work philosophy came together in Athens.

Rosenthal met his future wife at Valdosta State College (now Valdosta State University) before they transferred to UGA. David came to Terry; Debbie studied in the College of Education.

“The two things I remember most were the quality of the Terry College professors that I had in both my undergraduate and graduate programs,” he says, which is why he’s a generous supporter of the business college, “and then just that friendliness and camaraderie of all the students, regardless of what school people went to and where they were from.”

He recalls hanging out after class with the other married couples who lived in family housing.

At UGA, he found a place he loved. He worked hard on his coursework, and was able to enjoy the pleasures of college with his wife.

“Even though we had no money,” he says, “it was probably the best three years of our lives.”