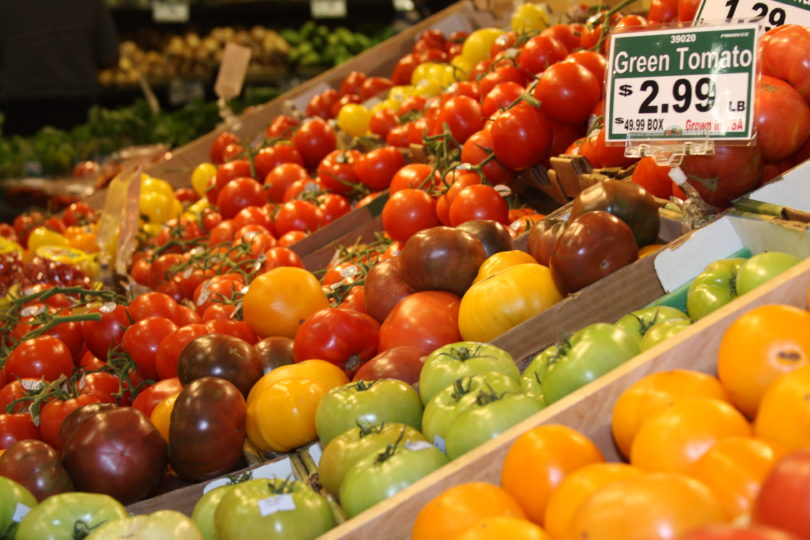 From elongated oblongs to near-perfect spheres, vegetables come in almost every size and shape. But what differentiates a fingerling potato from a russet or a Roma tomato from a beefsteak? Researchers at the University of Georgia College of Agricultural and Environmental Sciences have recently found the genetic mechanism that controls the shape of our favorite fruits, vegetables and grains.

In article published Nov. 10 in the journal Nature Communications,  Esther van der Knaap, professor of horticulture, and her team at UGA detail the genetic traits, shared by multiple plants, that have been shown to control fruit, leaf and seed shape.

“We may be able to explain the shapes of many fruits and vegetables through a similar mechanism to the one we described in tomatoes,” van der Knaap said.

“We found that in tomatoes, plant cells in the fruit divide in a column or in a row and that will determine their shape,” van der Knaap said. “We also found that this mechanism is likely the same in several other plant species: melons, cucumbers, potatoes. We’ve even been able to go as far as finding that the same mechanism controls the shape of rice grains as well as leaves.”

The discovery of the genetic pathways that control shape are important for plant breeders but the information is also crucial for a better understanding of plant evolution and development.

As part of a National Science Foundation and United States Department of Agriculture-funded project, van der Knaap’s team expanded on her previous work to locate the genes that account for the wide variety of tomato shapes and sizes.

In those studies, she found that the genetic sequences that control the shape and size of tomatoes do so by controlling cell division or cell size. Each of these genes tells a small part of the story about how the fruits form, said van der Knaap. Some of them affect the size and shape of the fruit at the later stages of development, just before the fruit is ripening. Others affect the shape and size much earlier even before flowering.

In this study, van der Knaap’s team was able to locate similar sets of shape-control genes in plants other than tomato.

In other plants, the shape-control genes may not in the same place but it is believed they act in the same manner, controlling the horizontal or vertical structure in cell division.