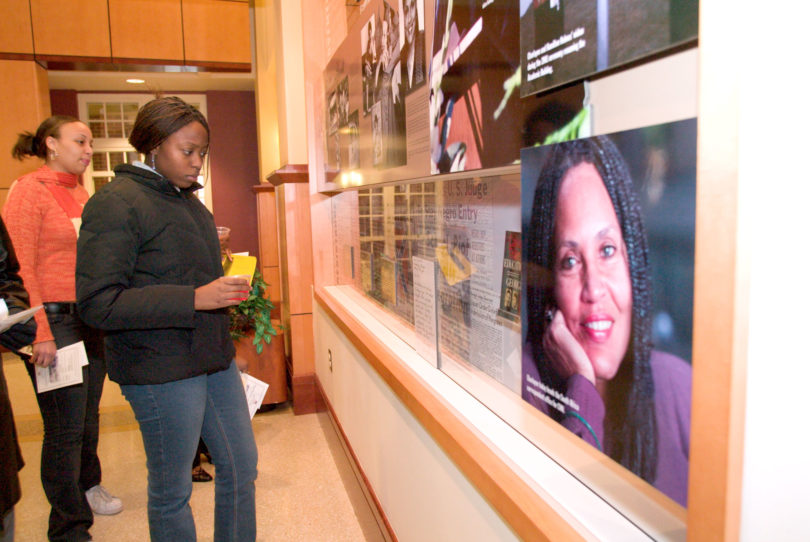 A permanent exhibition honoring Charlayne Hunter-Gault has been installed in the Myers Hall lobby. Hunter-Gault, along with Hamilton Holmes, made history in 1961 when her enrollment here desegregated UGA. Like most other students at the time, Hunter-Gault lived on campus, in Myers Hall. The residence hall became the stage for an angry protest during her third night on campus, with a rioting mob protesting in front of the building until police arrived.

Myers Hall underwent a major renovation and was rededicated during fall semester 2003. Early in the planning of the renovation, Jim Day, executive director of University Housing, recognized the need to commemorate the importance of the residence hall in the history of UGA’s desegregation. That realization lead to a permanent exhibit in the lobby of the building.