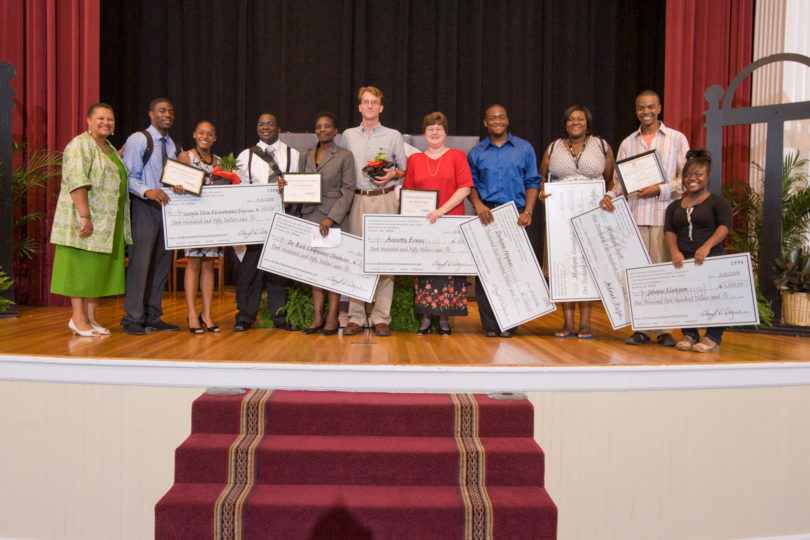 Tolerating diversity is not enough. To make an impact on individuals across campus and the world, diversity must be embraced, according to several speakers at the Chapel during the second annual Diversity Days kickoff celebration sponsored by the Office of Institutional Diversity.

“To be accepted: that’s all any of us ever seeks. We are social creatures, and we long to be accepted,” said Dawn Bennett-Alexander, associate professor of employment law and legal studies, and a speaker at the event.

Diversity Days is an institution-wide series of events to highlight the connections among all members of the UGA campus.

It also included talks on the kinds of diversity celebrated during Hispanic Heritage Month, which runs Sept. 15-Oct. 15, and during Lesbian, Gay, Bisexual and Transgender History Month, which occurs throughout October.

In addition, several awards were presented for the first time as part of the kickoff celebration.

Undergraduates Wendell Scott and Monique Campbell received the Black Alumni Scholarship, which recognizes students who exhibit dedication to racial equality through previous experience, initiatives and creativity in improving race relations in their community with $1,500 each.

Diversity Scholarships in the amount of $1,500 each were given to two undergraduate students: Johana Elangwe and Dwayne Haynes. The scholarships, sponsored by the Athletic Association, honor individuals who have demonstrated leadership abilities through participation in community service, extracurricular or other activities.

The Office of Institutional Diversity Embracing Diversity Awards were given to a faculty member, a staff member, a student group and a department to recognize the extra effort they have extended beyond their assigned responsibilities to promote diversity and inclusion at UGA.

Rose Chepyator-Thomson, professor of kinesiology, received an OID Embracing Diversity Award for her work in the Focus on Diversity program in the College of Education, her role in diversifying the physical education teacher education program for pre-service teachers and development of the Educational Forum for Culture, Research and Training.

Procurement officer Annette Evans received one for her efforts in helping to coordinate UGA’s first Minority and Small Business Vendor Expo, which brought more than 200 vendors to campus to tour 90 departmental booths.

Another award went to Georgia Daze, a student group that brings high school seniors from historically underrepresented populations onto campus for a look at collegiate life. During its pilot year in 2005, 93 percent of the prospective students the organization brought to campus decided to pursue undergraduate degrees at UGA.

And the microbiology department won an award for its efforts to recruit students from underrepresented groups to consider microbiology and related disciplines as units of study and as careers.

For the past seven years, the department has sought out hearing-impaired students from such places as Galludet University to participate in its summer undergraduate research program.