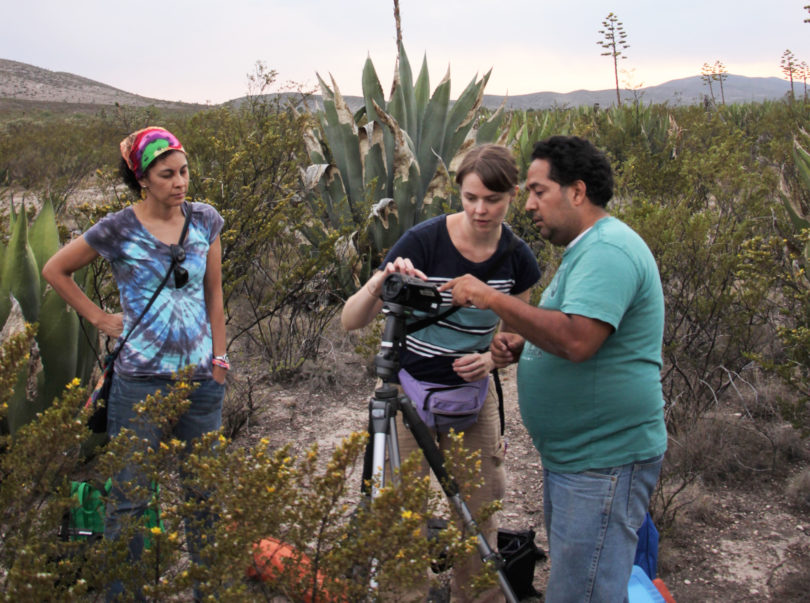 Kristen Lear, a doctoral student in the Warnell School of Forestry and Natural Resources, performs fieldwork.

Kristen Lear, a student in the Integrative Conservation doctoral program at the University of Georgia, has been named a recipient of a P.E.O. Scholar Award.

The award includes a $15,000 scholarship from P.E.O., which stands for Philanthropic Educational Organization, a nonprofit that was founded in 1869 by seven students at Iowa Wesleyan College. The organization promotes educational opportunities for women throughout the United States and Canada.

The scholarship will help fund Lear’s work involving the endangered Mexican long-nosed bat, which is under threat of extinction in part because of human harvesting of their main food source of agave plants. Through her doctoral research, Lear is working to raise awareness of the issue among rural Mexican communities while creating and implementing bat-friendly agave management programs.

“Through my undergraduate degree and previous research in the U.S. and Australia, I learned firsthand that conservation is not just about the animals or plants we are trying to protect, but also about people,” said Lear, a student in the Warnell School of Forestry and Natural Resources. “There are tremendous opportunities to connect people to the natural world through conservation research that considers the needs of both nature and society. It is at this nature-society interface that I am working to develop conservation actions that are beneficial to both wildlife and people.”

Lear, who received her Bachelor of Arts in zoology from Ohio Wesleyan University, plans to pursue a career as an applied bat conservationist after earning her doctorate. She is a recipient of the 2016 Ecological Society of America Graduate Student Policy Award and a National Science Foundation Graduate Research Fellowship, as well as a U.S. Fulbright Postgraduate Scholarship, which funded her research in Australia in 2011. This spring, she won the people’s choice category in the UGA Graduate School’s Three Minute Thesis competition.