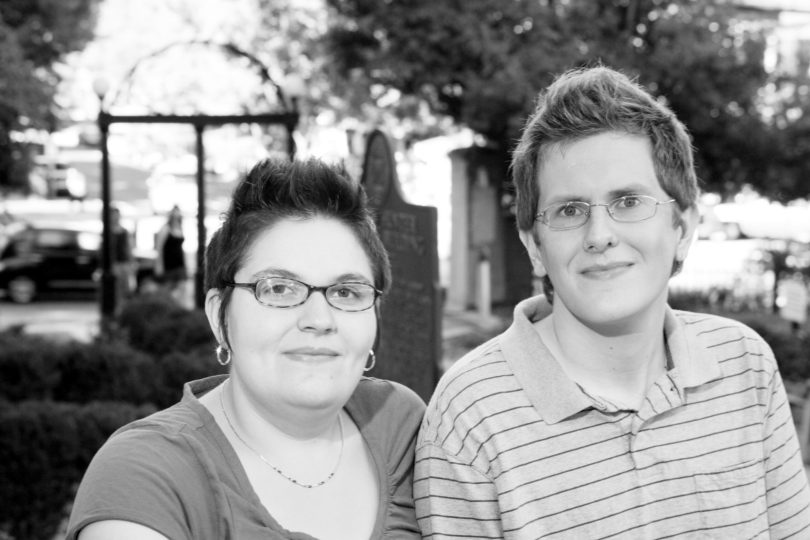 When UGA doctoral students Ben and Ruthie Neustifter aren’t knee deep in interpreting statistical data or assisting with grant-driven faculty research, they might be found decorating pumpkin gourds or leading a women’s group discussion as part of their volunteer work with Project Safe, the Athens-area domestic violence shelter and outreach center.

Ruthie, who studies marriage and family therapy, and her spouse, Ben, who studies statistics, have volunteered at the shelter in various capacities from group meetings and mediation to helping out with the children’s group and fundraisers almost as long as they’ve lived in Athens—two years.

Project Safe, www.project-safe.org,  is one of the many charities that benefits from UGA’s Campaign for Charities, which runs through Dec. 18. Contributions from faculty and staff go to United Way agencies, Georgia Shares members and other organizations approved through the State Charitable Contributions Program.

Formed in 1990, the nonprofit organization works to end violence against women through various programs and services and combat the statistic that 50 percent of American women will be abused by their partners in their lifetime. Domestic violence is an issue that’s important to both Ruthie and Ben, so volunteer work in the area isn’t new to either.

Ruthie said she began helping out over six years ago as an undergraduate student at Syracuse University because she was interested in women’s health issues. So, when she moved to Athens for post-graduate study, she soon found a shelter where she could help. As part of her doctoral degree program, she ran the Monday night group meeting at the shelter, but now she helps out with the children’s group and gives talks on sexual violence prevention. Her hours aren’t part of any class or degree anymore, but because she wants to be there.

“For myself, as a woman, I think it’s important for women to be able to support each other,” she said.

Ben’s been volunteering for the cause for almost three years, and said that some of Ruthie’s enthusiasm rubbed off on him and motivated him to get involved. He said he’s always been interested in gender issues, and now he’s taking responsibility to help with an issue he sees as a male problem.

“Men are the cause and instigator of most domestic violence and domestic violence is encouraged by a male-dominated society,” he said. “I think men are responsible for fixing it. . . So, I feel that I’m just taking responsibility.”