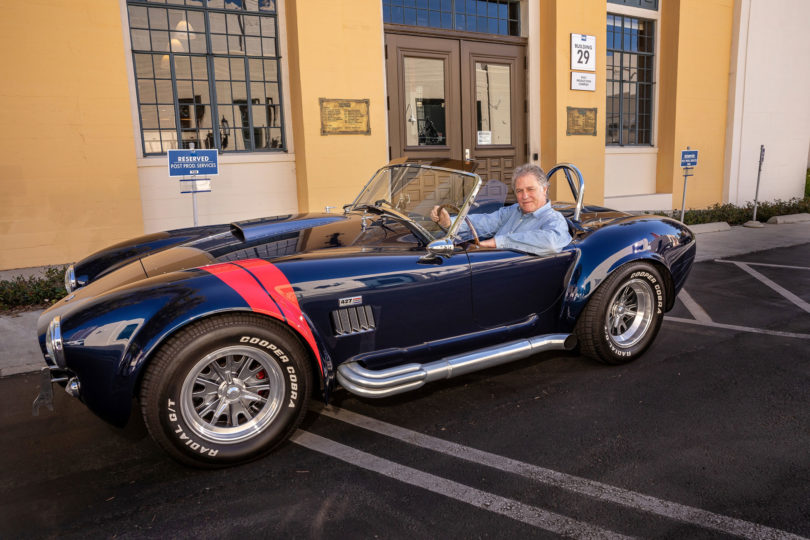 Re-creating the sounds of the 1960s most powerful race cars is more of a challenge than one might think. But Don Sylvester was up for the task.

For his Academy Award-winning work on Ford vs. Ferrari, Sylvester ABJ’75 had to find an original Ford GT40 to record its engine to make the cars in the movie sound accurate. (The film is based on the rivalry between Henry Ford II and Enzo Ferrari and the 1966 Le Mans race that pitted the makers’ cars against one another.) 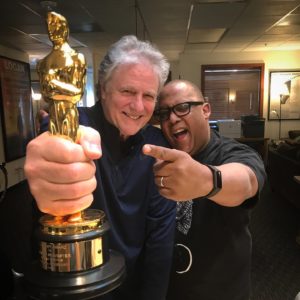 Don Sylvester with his Academy Award. He is the third UGA graduate to win an Oscar. Lamar Trott ABJ 1921 won for original screenplay in 1944 and Lynn Appelle BFA ’90 won for documentary short in 2002.

“The challenge was the race cars in the film were all kit replicas,” says Sylvester. “They looked right, but their Chevy engines didn’t sound right.”

The problem was all 11 remaining original Ford GT40 cars are owned by private collectors, valued in the millions and unavailable.

Luckily, Sylvester luckily found a car collector in Garrettsville, Ohio, who had built a GT40 and who agreed to let him record its engine.

“The GT40 doesn’t sound like any other car,” Sylvester says. “Its growl and heft is quite different from a high-pitched Ferrari.”

Sylvester had to remove the Chevy engine sounds from the film’s soundtrack and replace them with the GT40 recordings he made in Ohio. His goal was to capture the power of those vintage cars and communicate that visceral experience to an audience.

Although much of the film was shot on location in Georgia, Sylvester did his post-production work at 20th Century Studios in Los Angeles (formerly 20th Century Fox), where for almost 30 years he has been an independent contractor on nearly 100 features. Among his recent credits are such films as The Hate U Give, The Fault in Our Stars and the latest X-Men movie, The New Mutant.

In addition to Ford vs. Ferrari, Sylvester has been sound editor on six films for director James Mangold, including 3:10 to Yuma, The Wolverine and Logan. His contribution to Walk the Line (the biopic on singer Johnny Cash) won a British Academy Film Award in 2005.

Over his career, Sylvester’s work has been recognized with five industry awards and 16 various nominations.

Sylvester’s Oscar was his first win and his first nomination. The gold statuette has found a perfect spot: his mantle at home.