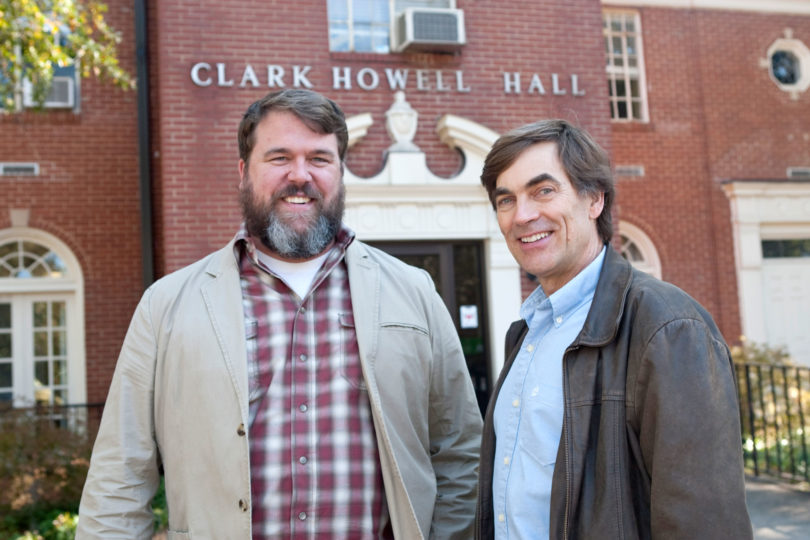 Being a college student can be challenging enough in its own right. For sophomore Megan Cannon, who was born with spina bifida and suffers from muscle weakness and loss of sensation in her feet and lower legs, having a disability just compounds the challenges of going to college.

It doesn’t stop her, however, from striving to fulfill her dream to work with autistic children, study how they interact with others and help improve their lives.

“I turned it into a motivation,” she said. “I use it to make me determined to do more and prove everybody wrong. I can do what I want to do.”

Cannon and 15 other students received scholarships and awards at the Disability Resource Center’s Nov. 5 recognition reception. It gave students like Cannon, the Matthew Peddicord Memorial Scholarship recipient, a chance to tell their stories about refusing to allow their disabilities to halt their academic ambitions. It also gave them a chance to thank their benefactors.

The honorees, who use UGA’s Disability Resource Center, succeed academically with a variety of disabilities including brain injuries, learning and psychological disabilities, and physical, visual and hearing impairments. The event also recognized faculty who aid students with disabilities. David S. Leigh, professor and associate head of the geography department, received the Outstanding Faculty Award.

Leigh was nominated by James Rogers, a former student who studied geography under Leigh as both an undergraduate and graduate student. Rogers completed a research assistantship under Leigh last December and now works in Asheville, N.C. Rogers described Leigh as “a person of compassion without compromise” who accommodated the needs for his studies and pushed him to succeed.

“He held me to really high standards,” he said.

Leigh, who doesn’t offer special treatment or lower his expectations but instead works with each student’s needs, said he was honored by the recognition.

“I try to take every individual as they come,” he said. “There is no prescribed way to deal with everyone.”