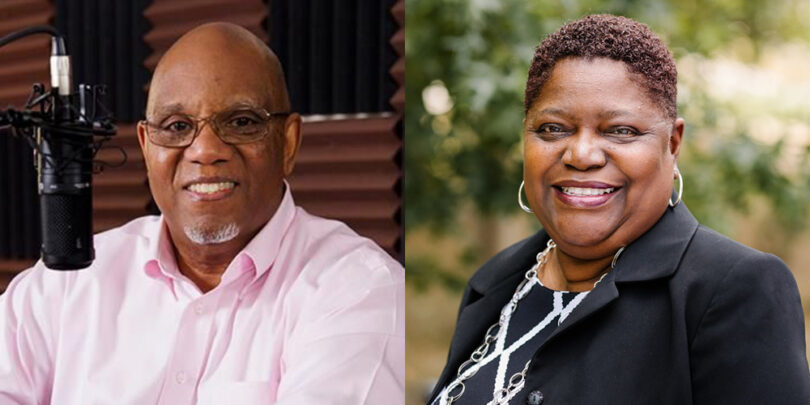 Richard Dunn and Xernona Thomas are the recipients of the 2023 Footsteps Award.

The University of Georgia has named Richard Dunn and Xernona Thomas as the recipients of the 2023 Footsteps Award. This annual award, given this year on the 62nd anniversary of desegregation at UGA, recognizes UGA graduates who are following in the pioneering footsteps of Charlayne Hunter-Gault, Hamilton Holmes and Mary Frances Early, UGA’s first African American students.

“Richard and Xernona’s commitment to education in our state is impressive,” said Meredith Gurley Johnson, executive director of the UGA Alumni Association. “The work they have done in building better communities through education follows closely in the footsteps of Charlayne Hunter-Gault, Hamilton Holmes and Mary Frances Early. We are beyond excited to have the opportunity to honor them with this award.”

Dunn, now retired, served as the executive director of the Athens-Clarke County High School Completion Initiative, a program that he founded to increase the graduation rates in high schools across the county. The program focuses on helping students reach graduation and explore career and education opportunities. In 2010, he launched a weekly radio show hosted by local high school students titled “Education Matters” as part of his efforts to improve graduation rates in Athens-Clarke County, particularly for students of color.

A graduate of the Grady College of Journalism and Mass Communication, Dunn’s passion for journalism drove him to establish The Athens Courier in the 1980s and address the needs of the minority community in Athens. In addition, he hosted the weekly radio show “Community Forum,” which addresses politics, community issues and more. The show is now the longest-running radio talk show in Northeast Georgia.

Thomas, who received her bachelor’s degree from the Grady College of Journalism and Mass Communication, master’s degree from the School of Social Work, and doctor of education from the Mary Frances Early College of Education, collaborated with the University of Georgia to establish the Experience UGA partnership for K-12 students that launched in 2013. During the COVID-19 pandemic, as superintendent, she provided students with technology devices and internet access while they were not meeting in person and ensured that all students 18 and younger had access to breakfast and lunch five days a week. Thomas retired as superintendent in fall 2022.

“Richard and Xernona are excellent examples of what it means to be UGA alumni,” said Yvette Daniels, president of the UGA Alumni Association. “Their combined dedication to students in the Athens community is improving lives every day. We celebrate them as members of the Bulldog family and the recipients of the 2023 Footsteps Award.”

Dunn and Thomas will be recognized during the annual Holmes-Hunter Lecture on Feb. 28 in the UGA Chapel. The Honorable Verda M. Colvin, a Georgia Supreme Court justice and UGA School of Law alumna, will present this year’s lecture.