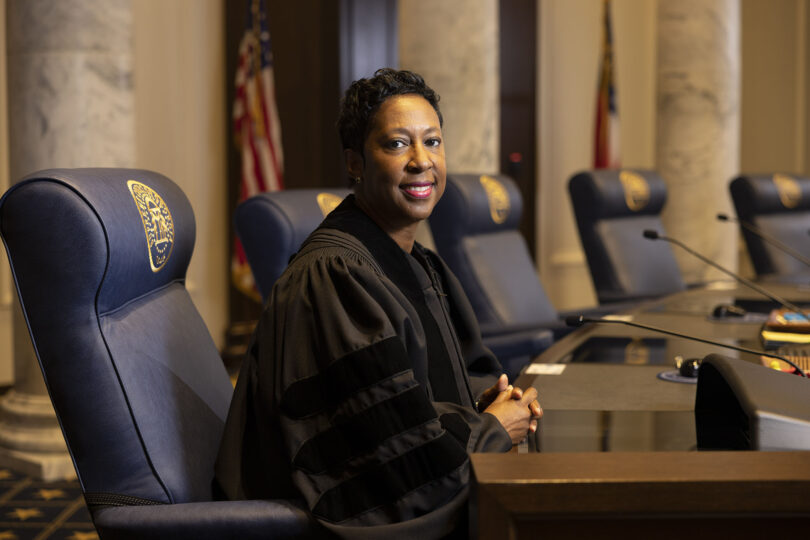 The lecture is named in honor of Charlayne Hunter-Gault and Hamilton Holmes Sr., the first African American students to attend the University of Georgia

The Honorable Verda M. Colvin, a Georgia Supreme Court justice and UGA School of Law alumna, will present the 2023 Holmes-Hunter Lecture on Feb. 28 at 2 p.m. in the Chapel.

Named in honor of Charlayne Hunter-Gault and Hamilton Holmes Sr., the first African American students to attend the University of Georgia, the lecture is sponsored by the Office of the President and focuses on race relations, civil rights and education. It has been held annually since 1985.

Justice Colvin was appointed to the Supreme Court on July 20, 2021, by Gov. Brian Kemp, becoming the first Black woman to be appointed to the bench by a Republican governor. Previously, she served on the Court of Appeals. Her time as judge also includes nearly six years as a Superior Court judge in the Macon Judicial Circuit, during which she served on the Council of Accountability Court Judges. Early in her career she served as an assistant solicitor in Athens-Clarke County.

Born and raised in Atlanta, Justice Colvin attended Daniel McLaughlin Therrell High School. She earned her bachelor’s degree in government and religion from Sweet Briar College in Virginia and her Juris Doctor from the University of Georgia School of Law.

Colvin has served as an adjunct professor at Mercer University School of Law, and she is a member of First Baptist Church where she has previously served as a children’s Sunday school teacher and is currently on the Women’s Ministry Leadership Team.