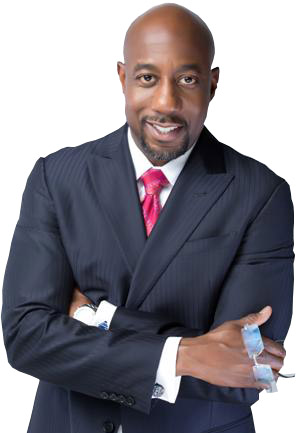 Athens, Ga. — The Rev. Raphael Gamaliel Warnock, senior pastor of the historic Ebenezer Baptist Church, will give the keynote address for the 14th annual Martin Luther King Jr. Freedom Breakfast Jan. 13 at 7:30 a.m. in the Grand Hall of the Tate Student Center on the University of Georgia campus.

Sponsored by UGA, the Athens-Clarke County Unified Government and the Clarke County School District, the MLK Freedom Breakfast commemorates the life of the late civil rights leader. This year’s theme is “The Power of the Dream: Inspiring a Nation from the Pulpit.”

“The University of Georgia is extremely proud to host Rev. Raphael Warnock for our Martin Luther King Jr. Freedom Breakfast,” said Michelle Cook, associate provost and chief diversity officer. “Rev. Warnock has an extensive history of being a strong community leader, and I look forward to hearing what he has to share with our community.”

Warnock has served the Ebenezer Baptist Church, spiritual home of the Rev. Dr. Martin Luther King Jr., since 2005. Since he arrived at Ebenezer, the church has added 3,000 members. Several new ministries-Worship on Wednesdays, EbenezerFest, Cutting Through Crisis, Faith & Fitness, Jericho Lounge, Young Adult Ministry and After Midnight-also have been launched. Warnock led the church through a fundraising campaign to build the Martin Luther King Sr. Community Resources Complex.

Warnock has been listed one of the Up and Comers-Forty Under Forty Leaders in the Atlanta Metropolitan Area by the Atlanta Business Chronicle and A Man of Influence by the Atlanta Business League. He also was named by Ebony magazine as one of Thirty Leaders of the Future, one of Twenty to Watch by The African American Pulpit journal, one of the Top 25 Pastors in Metropolitan Atlanta by Concerned Black Clergy, one of the New Kingdom Voices by Gospel Today magazine, one of God’s Trombones by the Rainbow Push Coalition, a Good Shepherd by Associated Black Charities and one of the Chosen Pastors by The Gospel Choice Awards.

A National TRIO Achiever Award recipient, Warnock has been featured in local, national and international media-both electronically and in print. He has been featured on the “CBS Evening News,” and the Atlanta Journal-Constitution hailed him as “a leader among Atlanta-and national-clergy, a fitting heir to the mantle once worn by The Reverend Dr. Martin Luther King, Jr.” At President Barack Obama and first lady Michelle Obama’s request, Warnock delivered the closing prayer at the 2013 Inaugural Prayer Service held at the National Cathedral.

Tickets for the MLK Freedom Breakfast are $25 and $200 for tables of eight. Tickets will not be sold the day of the event.Tickets are available online.