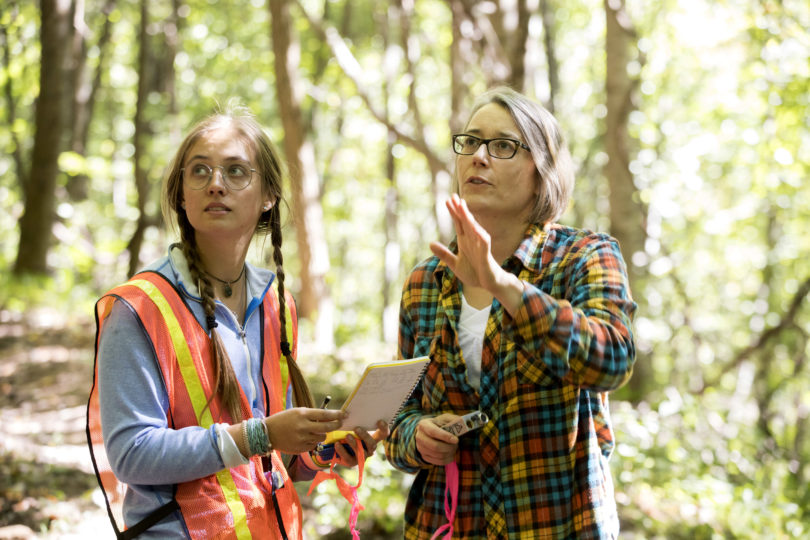 Ecosystem ecologist Nina Wurzburger studies how forests respond to disturbances like fire, disease and land use change—which was not what she expected to be doing when she joined the faculty of the Odum School of Ecology eight years ago. 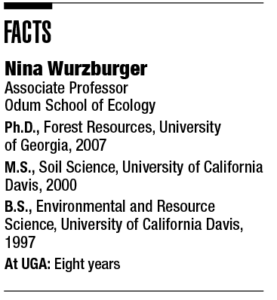 Wurzburger’s interest was in how certain plants and soil microbes work together to provide nutrients to their environment, particularly through nitrogen fixation, the conversion of nitrogen from the air into forms usable by plants. Her focus on disturbance began when she received a grant from the Department of Defense in 2013 to study how nitrogen fixation in longleaf pine forests—many of which are found on military bases—influences those forests’ recovery from disturbances like military training exercises and prescribed fire. She soon discovered that historical disturbances were playing a role, too.

“I became interested in how forest ecosystems respond to disturbance, because those outcomes are sometimes surprising,” she said. “Contemporary disturbances are more severe or are novel compared to what they were historically.”

Wurzburger began to incorporate disturbance and recovery into her research on nitrogen fixation. At the Coweeta Hydrologic Laboratory in the southern Appalachians, she is currently looking at how the legacies of past disturbances, such as disease and timber harvesting, affect the functioning and composition of the forest today. Because Coweeta is a site of long-term ecological research, such events going back nearly 100 years are well documented.  She’s also studying the effects of fires that burned nearby in 2016, particularly how the exclusion of fire for a century might affect the ecosystem and its ability to recover from fire.

“Data suggests that historically, these forests burned every five to 10 years,” she said. “So the fact that they haven’t burned in a long time might be a disturbance in and of itself.”

Wurzburger is also starting a new project on the Big Sur coast in California, where a disease called sudden oak death is killing tanoak trees.

“This forest is changed dramatically by the absence of tanoak, and part of the effect is that there’s additional fuel for fire,” she said. “As a result, we have fires that are more severe and more frequent than they were historically. We are trying to understand how tree disease and fire are interacting to affect the ecosystem’s response, and what it will look like in the future.”

On campus, Wurzburger teaches ecosystem ecology to undergraduates and graduate students, which, she finds, has benefits for her research.

“Teaching leads you to focus on themes or key principles, and in the process I often draw from my own research experiences,” she said. “And by engaging with students, I learn about their view of ecosystems, and that often deepens my own understanding, which feeds back to my research. So I really see the two going hand in hand.”

Wurzburger does not confine her fascination for forest ecosystems to her academic pursuits. She is currently the president of the Athens-Clarke County Community Tree Council, which has received funding from Keep America Beautiful and UPS to plant trees in a number of Athens Housing Authority neighborhoods.

“I love studying ecosystems, and I’m fascinated by how they work and respond to disturbances, but we should also think about our urban ecosystem,” she said. “It’s been rewarding to work on these projects to plant more trees so we can improve Athens for the next 50 years.”