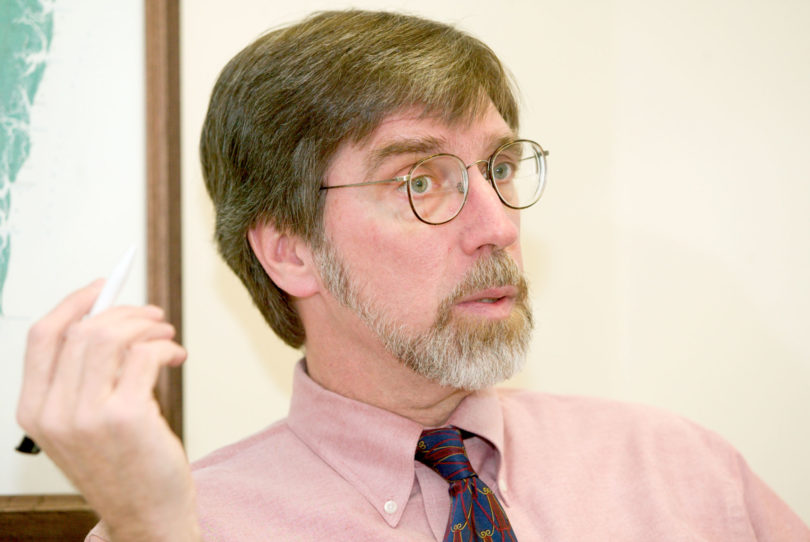 Lee Becker is director and Tudor Vlad assistant director of the Cox Center for International Mass Communication Training and Research in the Grady College of Journalism and Mass Communication. They talked to Columns recently about their Serbian project, which will move into high gear next month with the arrival of the first two faculty members from the University of Belgrade.

Columns: I understand that this project with the University of Belgrade will be carried out over several years. Is that right?

Becker: Yes, it’s a three-year project funded by the Bureau of Educational and Cultural Affairs in the State Department. It is essentially an exchange program, bringing journalism faculty members from Serbia to this country to see how journalism is taught here.

Vlad: There will be approximately 15 altogether, and the first two will arrive next month.

Columns: Thus, a total of 15 over the three years of the project? And what will they do while they’re here?

Becker: They’ll visit classes, see the facilities at the Grady College, learn about the curriculum. Journalism at the University of Belgrade is taught in the Faculty of Political Sciences; the Europeans use the term “faculty” for the organization we would call a college or school, and journalism is often within a political science faculty in Europe. But training journalists is not traditionally seen as the role of universities in Europe, and that is why this is a valuable opportunity for them, to examine how we have done it in this country. The first two visitors will be the professor who heads the journalism department and the associate professor who is a co-director on this project.

Vlad: They will also go to Clark Atlanta University, to the department of mass media arts, which is a partner in this project.

Becker: We thought it would be valuable for them to be able to see more than one approach to journalism education, so we are working with Clark Atlanta on this. Radio is really important in Eastern Europe, for instance, and radio is a much bigger part of the Clark Atlanta program than it is here at Grady.

Vlad: We might also take them to one of the smaller colleges in the University System of Georgia. We went to Piedmont College with some other recent visitors, in a different project, so they could see a smaller program. The program and facilities here at Grady are much larger than an Eastern European program could hope to have in the near future.

Becker: They will also both give a public lecture while they are here, because we want to demonstrate how research can be a part of a journalism program. When we were last in Serbia, planning this project, I gave a lecture to students there about media coverage of the presidential election here.

Columns: If it is an exchange program, will faculty from UGA and Clark Atlanta be going to Belgrade as well?

Becker: Yes, for workshops dealing with journalism education. Some working journalists might go as well.

We gave a workshop last year in Ukraine, for journalists, in preparation for the presidential election there, and a reporter from the Macon newspaper went with us as one of the speakers.

She was able to discuss election coverage at a smaller newspaper, which was the kind of newspaper many of them were working at, and she could relate well to the kinds of issues they would face.

Vlad: And it was a useful experience for her, too. During the Ukrainian elections, she wrote stories for the Macon newspaper about what was going on there, so this project at the University of Georgia really did have an effect in other parts of the state.

Columns: And I understand you are now preparing for a new project, in the Philippines.

Becker: Yes, I’ll be leaving for a planning trip in a few days. We’re putting together a workshop for journalists that deals with media coverage of conflict. It’s a two-year project funded by the U.S. Institute of Peace, and will focus on the ongoing conflict in the Philippines.

Our Serbian partners have also expressed an interest in the idea of conflict resolution for journalists, so we have high expectations of this project.