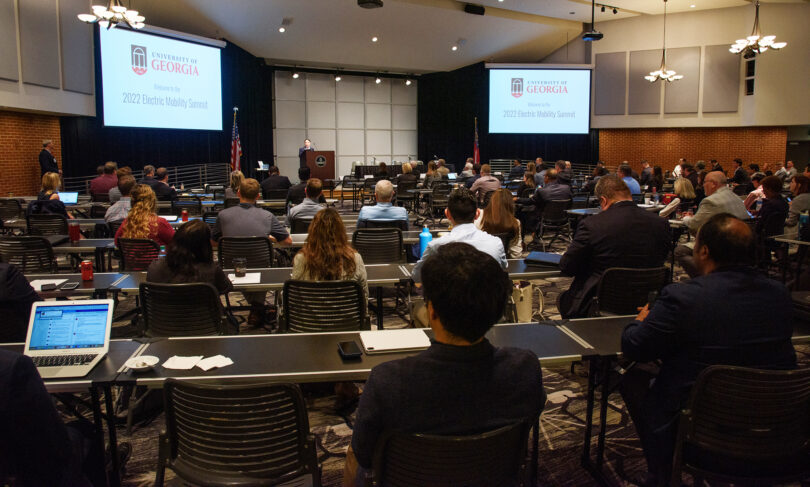 The Electric Mobility Summit drew 150 leaders in the field to the UGA campus. (Photo by Mark Sorrow)

Infrastructure, workforce development and consumer education emerged as key themes during the first University of Georgia Electric Mobility Summit. More than 150 participants from industry, government and education gathered on campus April 29 to examine opportunities and challenges in the rapidly evolving technological field.

Electric mobility encompasses the use of electric powertrain technologies, in-vehicle information, communications technologies, and connected infrastructure to support the electric propulsion of vehicles and fleets. 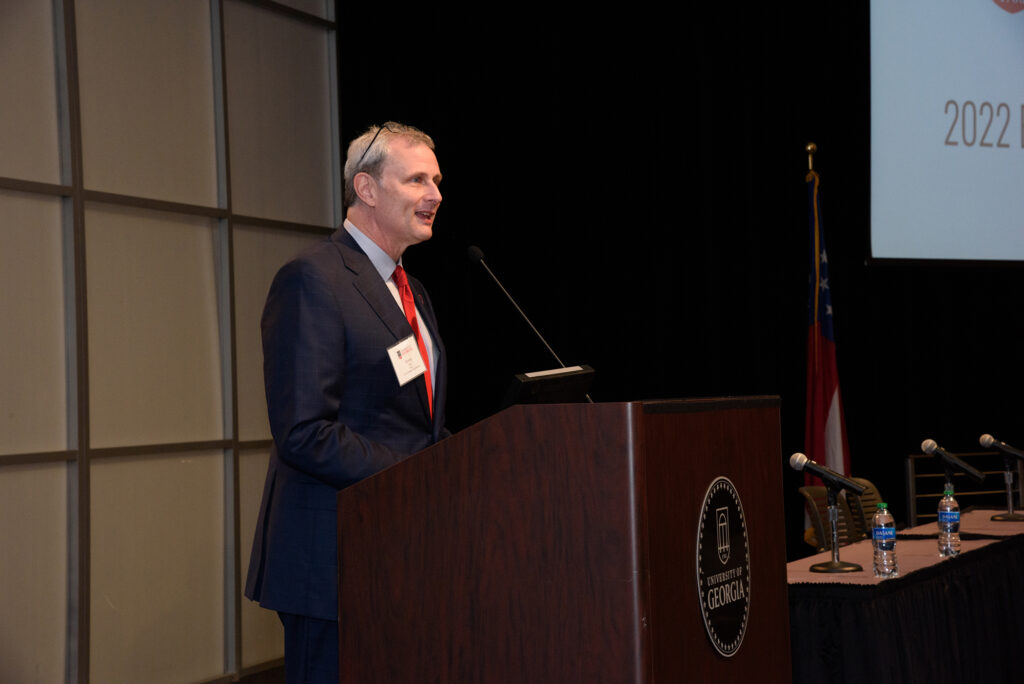 Donald Leo, dean of the UGA College of Engineering, spoke at the Electric Mobility Summit. (Photo by Mark Sorrow)

“Georgia is rapidly becoming a hub of activity in the manufacture and deployment of electric vehicles and their associated infrastructure, not only for the automotive sector, but also in related sectors such as aerospace, marine, and what is Georgia’s largest industry, agriculture,” said Donald Leo, dean of the UGA College of Engineering.

The event provided stakeholders an opportunity to learn about the current state of electric mobility in Georgia, to consider ways educational institutions can work together to support the expansion of the field, and to begin forming a vision for the future.

The summit was part of UGA’s Electric Mobility Initiative. Launched this year, the campus-wide effort provides seed funding and brings together thought leaders with the goal of enhancing research, education and outreach opportunities. The initiative includes a $1 million investment over the next five years to support research in battery re-use and recycling. In addition, the university will develop an E-Mobility Certificate for students studying the developing field.

The initiative received a further boost recently when a gift from Georgia Power established a new endowed professorship in e-mobility in the College of Engineering. 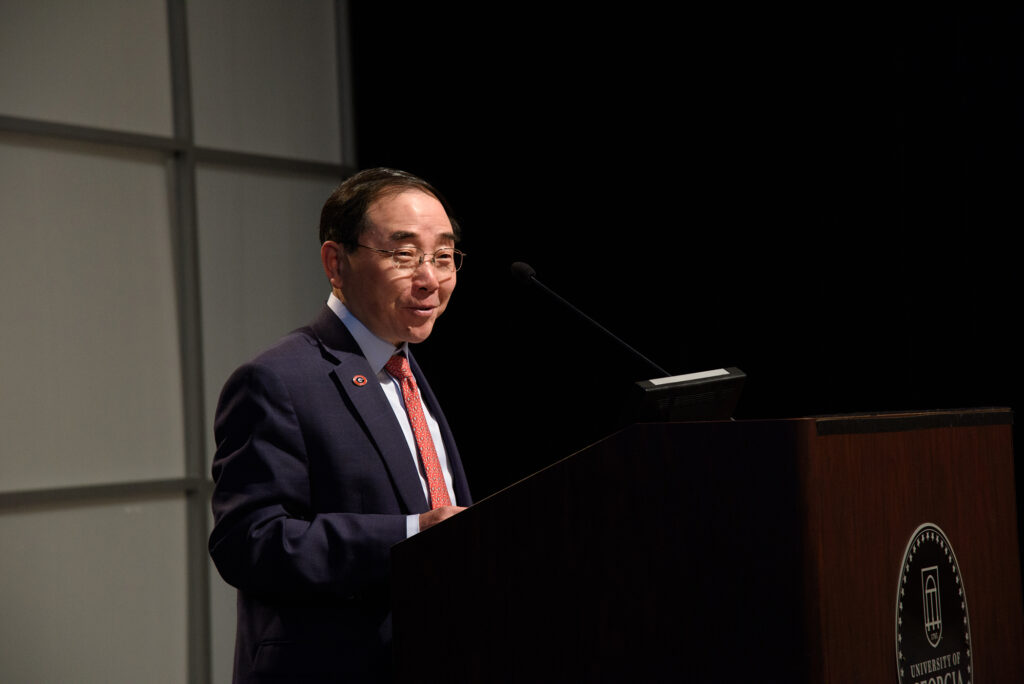 “We are committed to working with industry, government and all stakeholders to improve the quality of life and well-being of Georgia’s citizens, and I know you are committed to the same goals,” said Provost S. Jack Hu in opening the summit.

During the event, roundtable discussions featured leaders from companies such as General Motors, Kia, Rivian Automotive and AGCO, a company that’s building electric tractors and other agricultural equipment.

Other sessions included representatives of SK Battery America, a battery manufacturer for electric vehicles, and electric utilities Southern Company and Georgia Power Company. Officials from the University System of Georgia, the Technical College System of Georgia and West Georgia Technical College discussed the role of higher education in preparing students for the high-tech jobs demanded by the industry.

Participants agreed that expanding infrastructure is vital to the widespread adoption of electric vehicles, including the creation of a significant network of charging stations and improvements to the electrical grid. Equally important to the future of the e-mobility industry was a large, well-trained workforce, according to panelists.

Other speakers noted the need to better inform consumers about the benefits of owning an electric car or truck, such as the total cost of ownership over the lifetime of the vehicle. In addition, several speakers said the industry still has work ahead to shift consumers’ “range anxiety” into “range confidence” regarding the distance they can travel on a charge.

The summit was hosted by the College of Engineering, the Terry College of Business, the School of Public and International Affairs, the Carl Vinson Institute of Government, the UGA Office of Business Engagement and Southern Company.

“What’s exciting for us as a university is looking to the future to see what we can do as next steps,” said Leo. “We believe we can help move these partnerships and these conversations forward.”