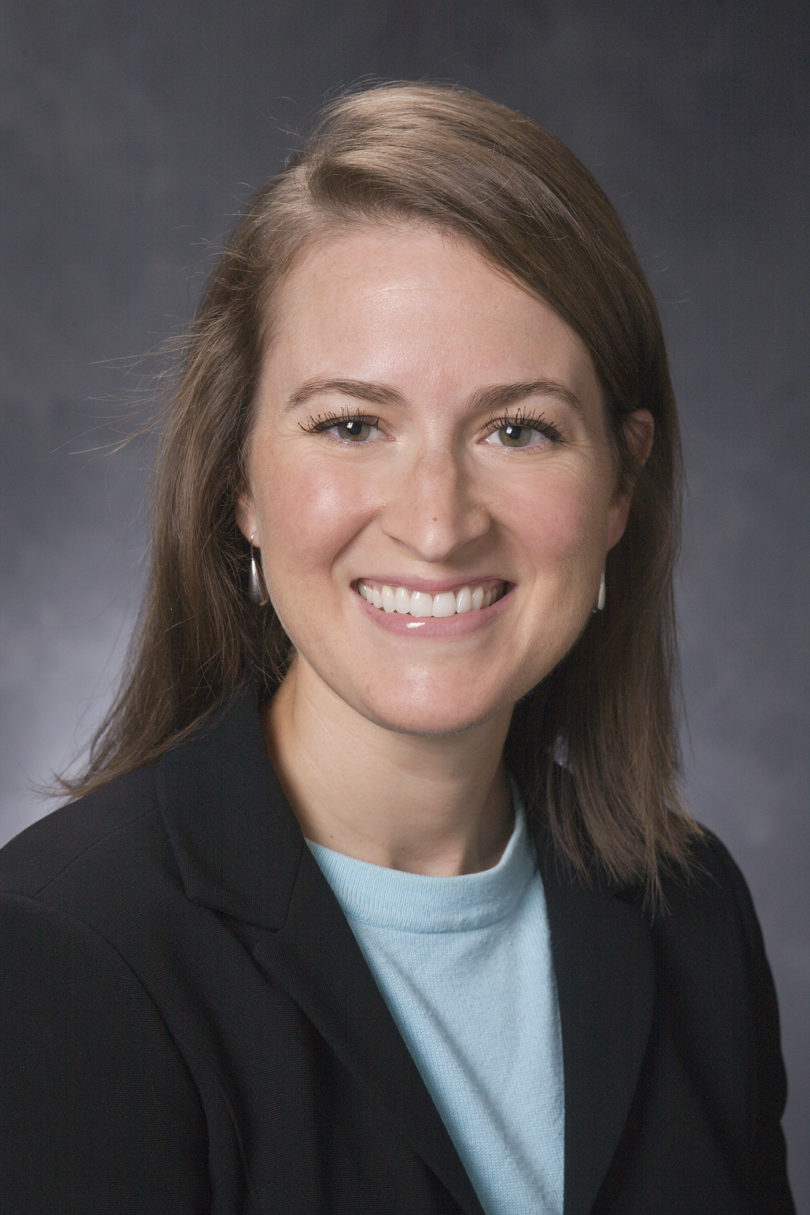 Athens, Ga. – Elizabeth “Beth” Chamblee Burch, an associate professor at the University of Georgia School of Law, has been awarded the American Law Institute’s Young Scholars Medal. This national award is presented every other year to one or two outstanding early-career law professors whose work has the potential to influence improvements in the law.

Goodwin Liu, a California Supreme Court justice and the chair of the Young Scholars Medal Selection Committee, said the committee and the ALI are extremely proud of this year’s medal recipients-Burch and Michael Simkovic, a professor at Seton Hall University School of Law.

“These two exceptional professors have produced first-rate scholarship that is already having an impact in legal debate and policy. Professor Burch’s work provides an innovative analysis of strategies for solving principal-agent problems in aggregate litigation, and professor Simkovic’s research on consumer finance and credit markets has influenced courts, regulators, fellow researchers and the United States Congress.”

Rebecca Hanner White, immediate-past dean of Georgia Law who nominated Burch, said it is very rewarding to see Burch recognized with this prestigious national award. “Beth has quickly become a scholar whom others on the national stage are watching. Her work is original, insightful and interdisciplinary, while challenging traditional thoughts. She is well on her way to becoming a giant in the field.”

Current Georgia Law Dean Peter B. “Bo” Rutledge said, “Beth represents the model of a world-class scholar whose writings have an impact on the academy and the profession. The ALI medal is a testament to Beth’s commitment to scholarly excellence, and I am very grateful to Rebecca White, who nominated her for this well-deserved award.”

Burch’s research focuses on class actions and large-scale, non-class aggregation. She is noted for her interdisciplinary approach to procedure and often draws from fields that bear on collective action and group decision-making, including social psychology, behavioral law and economics, as well as political philosophy.

The American Law Institute
The American Law Institute is the leading independent organization in the U.S. producing scholarly work to clarify, modernize and improve the law. The ALI drafts, discusses, revises and publishes Restatements of the Law, Model Codes and Principles of Law that are enormously influential in the courts and legislatures, as well as in legal scholarship and education. By participating in the institute’s work, its distinguished members have the opportunity to influence the development of the law in both existing and emerging areas, to work with other eminent lawyers, judges, and academics, to give back to a profession to which they are deeply dedicated, and to contribute to the public good. For more information, see www.ali.org.