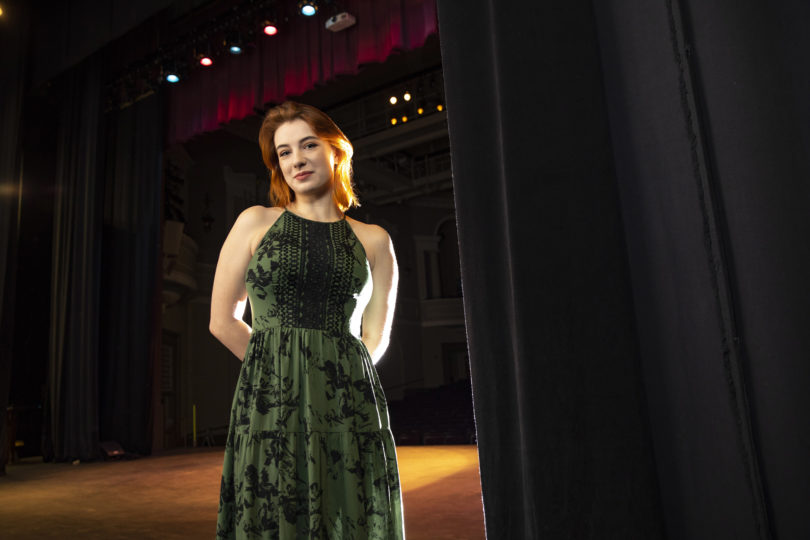 Theatre and English major Ellen Everitt is passionate about creating art that asks people to think about the world they live in, and then go out and do something to change it.

A friend of mine was already in attendance at UGA and I saw all the cool work she was doing and wanted a piece of that for myself!

… work with the amazing student groups! I don’t think I know a single person here who isn’t involved with at least one. There are so many groups that I owe for giving me the best friends of my life and I’ve continued to work with them to give other newcomers a chance to have the same experiences I did! A BIG shout-out to CTT, Next Act, BTE, and Thalian Blackfriars members of past, present and future for being some of the most creative and welcoming people I’ve ever met!

… to get a bagel at the new Einstein’s bagels in the library and read sappy romance novels! Currently, I’m working my way through the Outlander series, because after almost four years of reading nothing but plays, literature and critical theory, you just need some good old-fashioned fluff to unwind. And nothing says fluff like time traveling, kilts and swordfights! I also sew on the side, so you can often catch me in the MLC taking over a study room with fabrics and trimmings to make the costumes I read about in the books! My latest project was an 18th century day gown (complete with corset and everything) that I sewed from scratch for Wild Rumpus.

… take an impromptu trip with my friend Laura to Scotland while studying abroad! We had the afternoon and most of the next day free so we decided on the way home from work to hop an overnight train from London into Edinburgh and see every attraction in 12 hours. So from 7 a.m. to 7 p.m. we hiked a mountain, toured a castle, drank some quality scotch, browsed a national gallery, walked the Royal Mile, saw the Queen’s residence, ate tea cakes at the Elephant Room (shout out to all you fellow Harry Potter nerds!), found our way around Greyfriars, visited a kirk or two, and took several selfies with men in kilts. Needless to say, we were plenty exhausted when we got home, but it was one of the best days of my life! I have never been a last-minute decision person in my life, but this showed me I could go with the flow and have an amazing time! 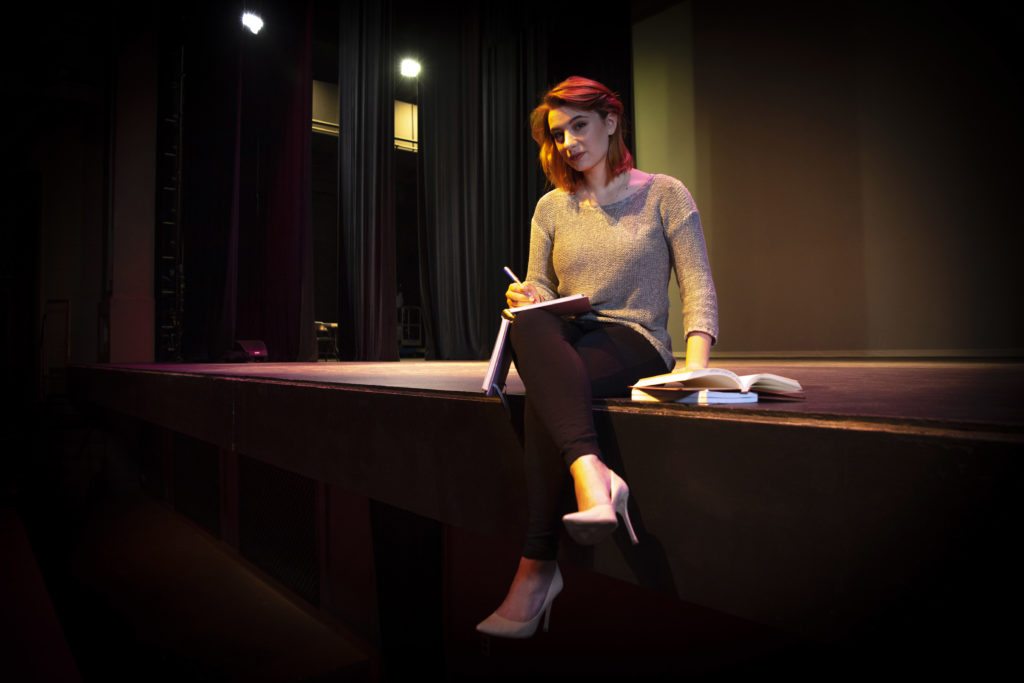 I can’t give it away or it’ll get crowded! But if all of you reading this promise to not take it over before I leave I’ll tell you … I love to study on the sixth floor of the library. There’s a desk right under a circular window, and if you get there right at sundown you can watch the sky turn pink and purple over campus and watch the students making their way home from a day of classes.

… impossible to choose! I have so much to owe to each of my professors at UGA, and picking a favorite would be like trying to pick a favorite toe. I need all of them! But I will always be eternally grateful to Fran Teague for being my first ever college theatre professor, and continuing to push my work, both artistic and scholarly, to new levels while I’ve been at UGA.

… Michelle Obama. Hands down. I feel like she is one of the most — if not THE most — inspiring women alive today, and her ability to connect with people and affect change is something I have infinite admiration for. Plus I feel like she would give super solid relationship advice and as a twentysomething lady, I need more of that in my life!

… ask Jeff Bezos for all the money in his bank account. Just kidding! I would start my own nonprofit theatre in Atlanta specializing in community-based theatre techniques to educate the public on issues that are affecting the people in our own backyards and synthesize community action.

… keep going to school forever and earn 20 Ph.D.s! I’ve always loved learning and I’m sad that someday I’ll have to work extra hard to keep expanding my horizon of knowledge. I would also love to travel the world and spend extended amounts of time in communities that are not my own. I think the best thing we as humans can do for ourselves is to spend time with people that we see as not like ourselves, and learn to accept and embrace their radical alterity.

Creating art that asks people to think about the world they live in, and then go out and do something to change it. I believe the best way to make that art is by constantly reminding myself to be kind, teachable and fluid. I cannot make art that reaches people if I cannot first come to a conversation with good intentions, be open to seeing things in a new light, and then changing my course.

… throw my life plans into the wind! Currently, I’ve got roadmaps lined up for Canada, D.C., Atlanta, Minnesota, and the U.K., now I just have to find a place that will hire me to do work that I want to do! I’m not focused so much on where I’ll be, but what I’ll be doing. But I do eventually plan to take what I learn elsewhere and bring it back to Georgia.

… my first ever home game! I went to a high school whose only sports were diving and golf, so I didn’t exactly get into the sports spirit early on. But my dad convinced me to get student tickets my first semester and I’ll never forget when we scored the first touchdown the rush that went through the crowd and I finally *got* why people came to see a few guys toss a ball around. That year was a pretty rough year for our team, but I’ve been a fan ever since, and have dragged many of my nonbeliever friends into games to convert them into Dawgs fans!