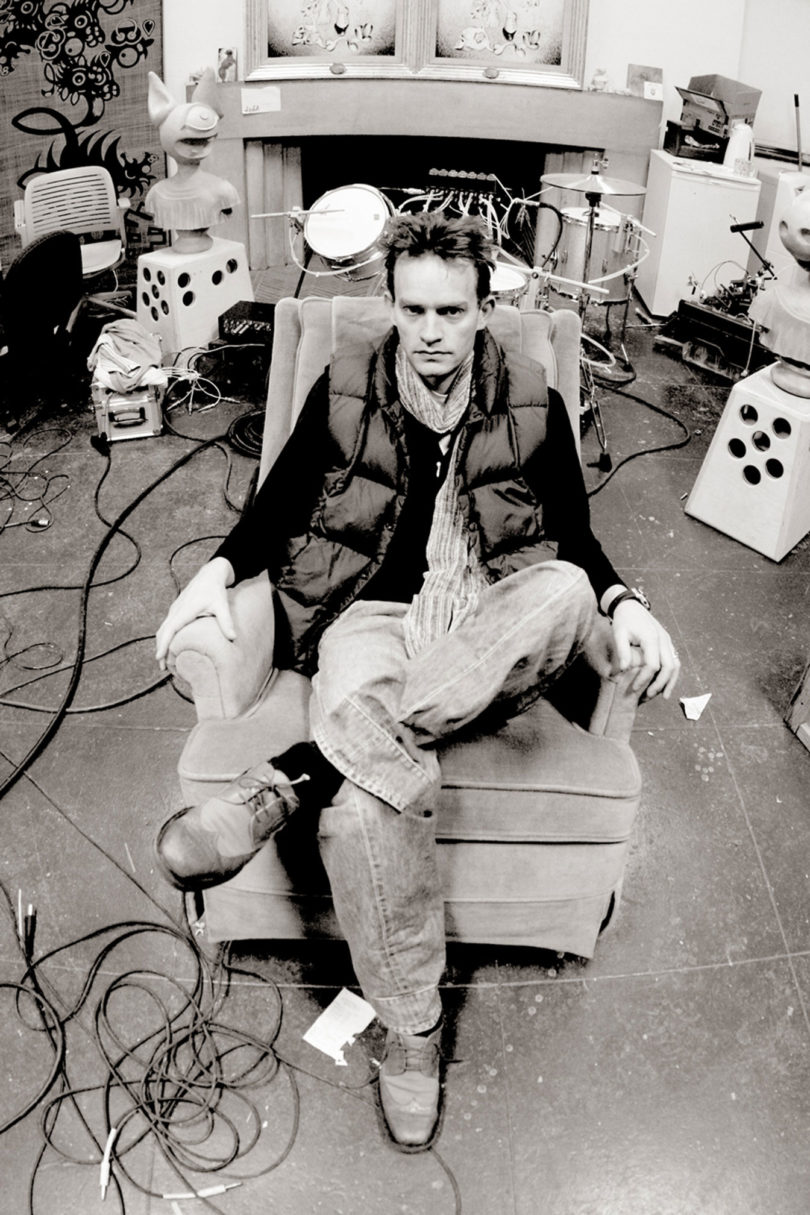 Renowned designer, performance artist and filmmaker Elliott Earls will spend Oct. 15-19 in residence at UGA. His residency will include a lecture, performance, student workshop and an exhibition at the Lamar Dodd School of Art’s Main Gallery.

Earls first gained international recognition as a digital typography designer in the 1990s. He expanded his practice to include one-person performances using technology he designed, which earned him a prestigious Emerging Artist Grant from the Wooster Group in New York. In 1995, Earls formed the Apollo Program, a studio devoted to experimentation with nonlinear digital video, spoken word poetry, music composition and design. Earls’ work is featured in a permanent collection at the Cooper-Hewitt National Design Museum, Smithsonian Institution. In 2001, Earls was appointed designer-in-residence and head of the 2-D design department at Cranbrook Academy of Art in Bloomfield Hills, Mich. While at Cranbrook his artistic practice has continued to broaden as he now uses film production as a method to generate digital photography, sculpture, paintings and the music of his band, The Venomous Sons of Jonah. Earls’ UGA workshop will be structured around the creation of a scene from his current feature length film project, The Saranay Motel.

Earls will deliver a public lecture Oct. 16 at 5:30 p.m. in Room 102 of the Student Learning Center. Using his own work as a springboard for discussion, Earls will highlight the critical and timely relevance of the work of the avant-garde German artist John Heartfield, and his own approach to integrating performance, music, objects and graphics into a unified and cohesive body of work. On Oct. 18, Earls will give a live performance at Ciné in downtown Athens. His two-set performance will begin at 8 p.m.; his digital films will be screened throughout the evening. Earls’ week-long residency will conclude with an opening reception Oct. 19 from
6–8 p.m. for his exhibition in the Main Gallery of the art school. The exhibition will remain on view until Dec. 17.

The Elliott Earls Residency is supported by the Willson Center for Humanities and Arts, Lamar Dodd School of Art Visiting Artist and Scholar Series, the department of theatre and film studies, Ideas for Creative Exploration and Ciné. All campus events are open to the public. Tickets for the Oct. 18 performances are $5 ($2 for UGA students with a valid ID), and the film screenings are free. Tickets may be purchased in advance at the Ciné box office, (706) 353-3343.