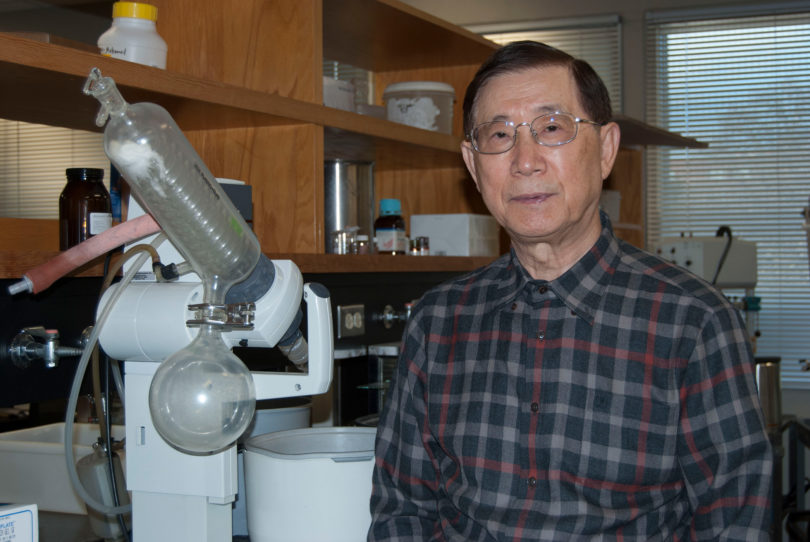 C.K. “David” Chu, a Distinguished Research Professor and Professor Emeritus at the University of Georgia College of Pharmacy, was presented the Antonin Holy Memorial Lecture Award, which recognizes significant contributions in medicinal chemistry, at the annual meeting of the International Society of Antiviral Research held recently in Atlanta.

Antonin Holy was a medicinal chemist whose discovery of antiviral drugs led to the treatment of millions of patients worldwide infected with AIDS and hepatitis B.

Chu has spent a majority of his 40-year career in medicinal chemistry, which has led to the discovery of numerous anticancer and antiviral agents. During his academic career, he discovered a number of clinical candidates for cancer and viral diseases, and he is listed as inventor on 60 U.S. patents. He has published more than 300 peer-reviewed articles in organic, biochemical and medicinal chemistry, edited four textbooks and trained more than 130 graduate students and postdoctoral fellows. As a co-founder of Pharmasset and ATEA Pharmaceuticals, Chu has maintained an active research program in drug design and synthesis since his retirement in 2008. His work in drug discovery has been recognized nationally and internationally.