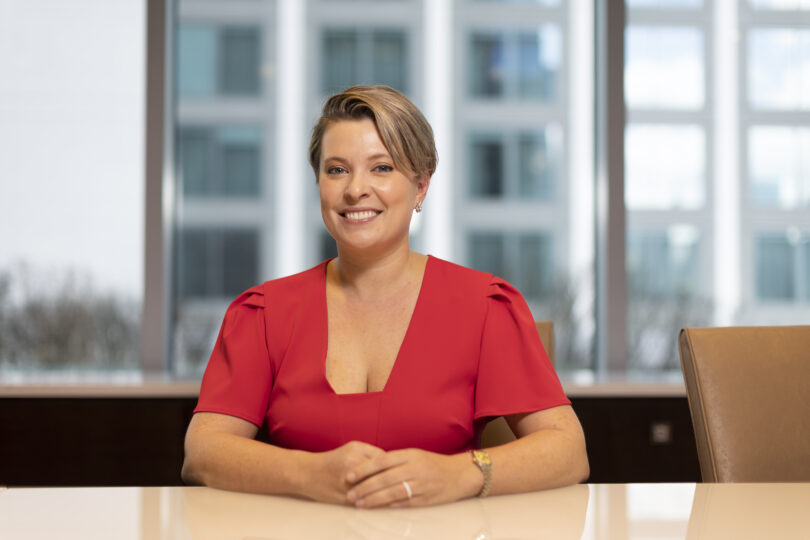 Emily Ward JD '13 is a partner at Smith, Gambrell & Russell in Atlanta, and has been heavily involved with the Atlanta Bar Association throughout her legal career.

From the outside, the legal community may appear rather cutthroat. But like any profession, there is a lot of camaraderie and mutual respect among its members. Promoting those positive aspects of the job is the role of the 6,300-member Atlanta Bar Association. It’s one of the largest associations of its kind in the country, and one of its biggest champions is Emily Ward.

“Working with the bar is a great way to be not just a well-rounded attorney, but a well-rounded human,” she says. Ward JD ’13 was elected treasurer of the organization during the 2021-22 year. She also serves as chair of the criminal law section. And in three years, she will step into the presidency.

“There really are no negatives,” she says. “With younger attorneys, the advice I give them is to go to one thing a week, whether it’s a breakfast, lunch, happy hour, or CLE (Continued Legal Education). You’re tired and stressed out all the time anyway, so take an hour, and you might find something you are interested in, or you might make a connection.”

Ward started attending bar events as an associate. Now a partner in the Atlanta firm of Smith, Gambrell & Russell, she specializes in white-collar defense.

Her career path has included some interesting turns. After moving to Kennesaw as a teenager, she graduated from the University of Miami with a degree in music. Shortly after, Ward won the 2009 Miss Georgia title and competed in the 2010 Miss America pageant.

She used the scholarship money from her pageant wins to pay her tuition at UGA’s School of Law. That’s not the only way Ward’s pageant experience paid off.

“In pageants, you stand at a podium, people grill you about political events for 10 or 15 minutes, and you have to sound intelligent and non-offensive,” she says. “In moot court, for instance, you’re grilled for 10 or 15 minutes by a bunch of judges while not being offensive and advocating your position.”

As her legal career grows, so does her side hustle as co-owner of Atlanta restaurants Southern Belle and Georgia Boy. Fellow co-owner—and Emily’s husband—Joey Ward recently earned a prestigious 2022 James Beard Award nomination as Best Chef: Southeast for his creative work there. He is one of just three Georgians in the category. 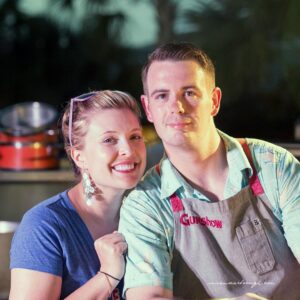 Power couple. Emily Ward and her husband Joey are co-owners of two Atlanta restaurants, Southern Belle and Georgia Boy. Joey is one of the Southeast’s most respected chefs and was nominated for a James Beard Award in 2022. (Photo by Susan Scarborough)

The cheeky names of the Poncey-Highland eateries speak to a Southern-based cuisine that embraces new influences driven by the many new cultures that now call Atlanta home.

“Atlanta is no longer the Antebellum South,” Ward says. “We have a dish on our menu called a Trip Down Buford Highway because that’s one of our favorite parts of Atlanta. The city is so diverse and has a fantastic food community. We want to celebrate it. That’s our Southern Belle; that’s our new Atlanta.”

Southern Belle is the more casual of the two, while Georgia Boy gives off a fine dining air within a speakeasy vibe. Each of them frequently hosts legal community events as well.

“Who knew opening a bar would bring the lawyers?” she laughs.