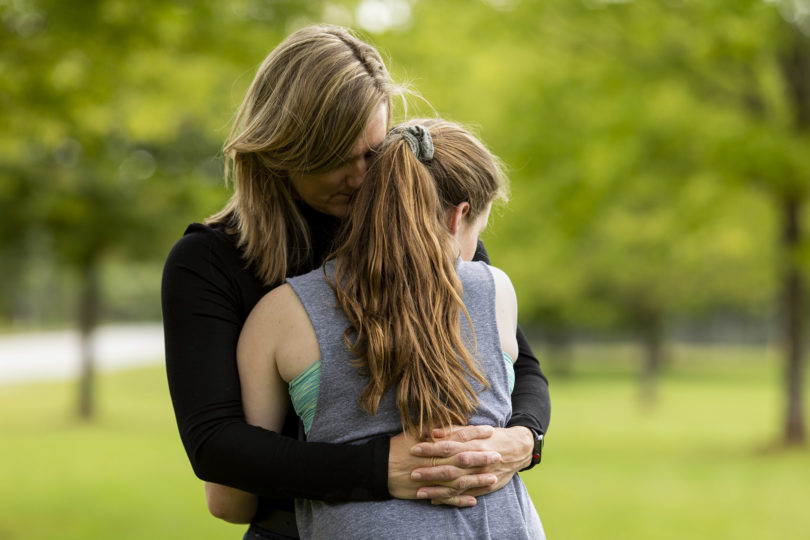 Emotion coaching for parents is a new tool that could help teenagers recover from anorexia. University of Georgia psychologists and collaborators at Cincinnati Children’s Hospital have developed supplemental interventions to use in addition to family-based therapy (FBT) to treat teens with anorexia nervosa. FBT is the gold standard treatment for anorexia, but there is a subgroup of families that are ineffective.

“Family-based therapy involves a lot of participation from the parents. The parents take over control for deciding what the teen eats as long as they are acutely ill. Anorexia is not giving you the correct information about what to eat so your parents take that over during the recovery process,” said Anne Shaffer, associate professor and graduate coordinator in the UGA department of psychology. “As you can imagine, this is an emotionally charged situation. One of the things we found is the subgroup of people that FBT does not work for are those in which there is a lot of criticism or hostility expressed by the parents or very low support and warmth from the parents.”

The team uses a tool called a “five-minute speech sample” to screen families for hostility and criticism. The parents record a five-minute speech talking about their teen and their relationship with their teen. The researchers use a coding system to analyze the speech for warmth and criticism. If they score high on criticism, the team redirects the family to emotional coaching.

“My research focuses on parenting and how parents respond to their kids’ emotions and talk to their kids about their emotions,” said Shaffer. “From that work, we developed some interventions to teach parents how to be good emotional coaches for their kids.”

Shaffer traveled to Cincinnati to train their therapists in this intervention with Clair Aarnio-Peterson, principal investigator on this study who received her Ph.D. from the UGA clinical program. After the recruitment process, the parents participate in group therapy sessions with a facilitator. Through role playing and troubleshooting specific problems, parents develop homework every week where they record themselves and their teen having conversations. The group listens and provides feedback.

“The group setting is really effective for getting parents talking to each other,” said Shaffer. “When your kid has anorexia, it can be really isolating, and the group works as a support group as well. We’re teaching the parents to be aware of their own emotions so they can better support their teens.”

A grant from the National Institutes of Health will initially support a three-year study for a small group of participants. At the end of the first phase, they will reassess and divide into two groups: a control group with only FBT and another with FBT and the supplemental emotion coaching. The researchers need to be able to identify whether the emotion coaching presents better outcomes for the families.

“When they begin and end treatment, we have them do what’s called a ‘family meal.’ We have them bring in a meal for the family, they all eat together, and we observe,” said Shaffer. “That’s how we measure success from beginning to end. We are hoping to code their conversations to have more warmth and less criticism towards the teen.”