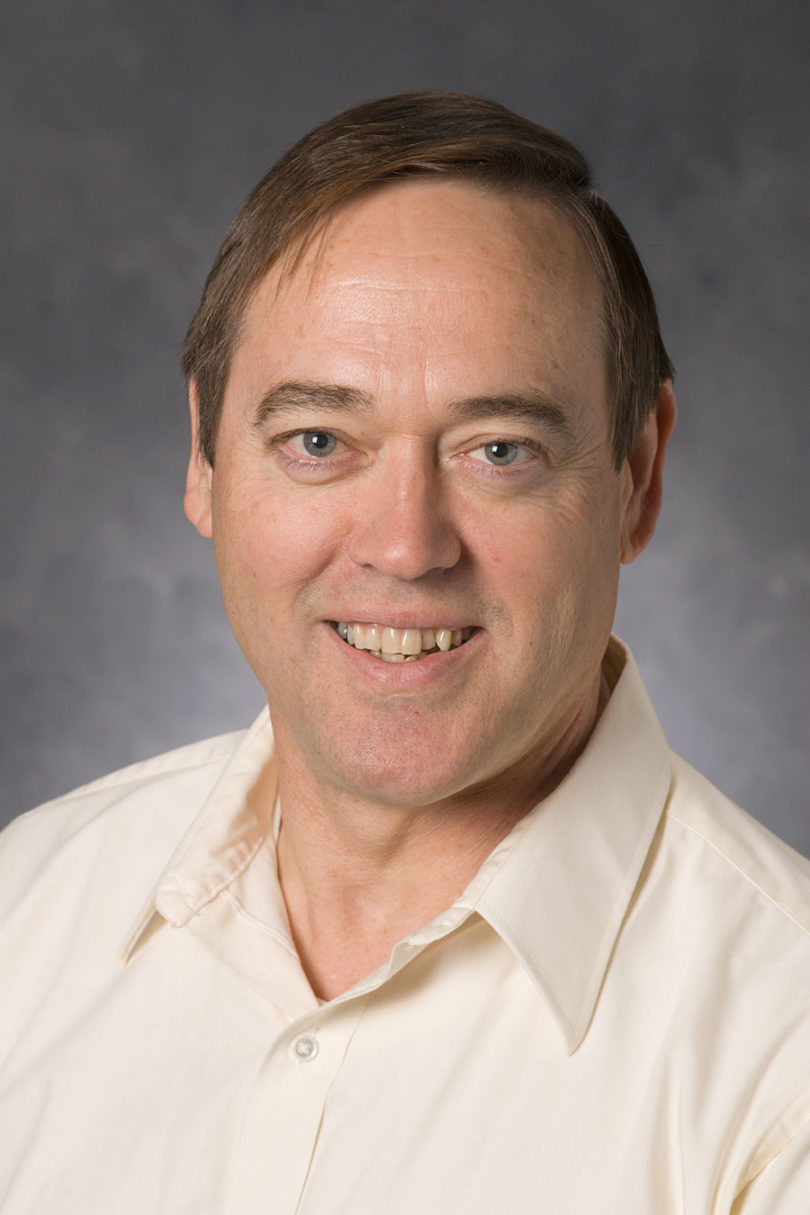 New research, headed by microbiologists from UGA, shows for the first time that Salmonella-a widespread and often deadly bacterial pathogen-uses molecular hydrogen to grow and become virulent. The discovery represents a way that diseases caused by Salmonella and other enteric infections could be lessened or even eliminated.

The research, published this past fall in the journal Infection and Immunity, was led by Rob Maier, Georgia Research Alliance Eminent Scholar and Ramsey Professor of Microbiology at UGA. Other authors of the paper from UGA were researcher Adriana Olczak and research coordinator Susan Maier and, from Ohio State University, Shilpa Soni and John Gunn.

“This builds on our earlier findings that major human pathogens are using an unexpected energy source,” says Maier. “This new work expands our knowledge that molecular hydrogen is very important in the process of diseases caused by these organisms.”

Such enteric pathogens as Salmonella are responsible for an estimated 2 million deaths a year and cause millions more cases of diarrheal illnesses, even in developed countries. Maier was the first to discover that hydrogen is not lost from the body as a waste product, as researchers had previously thought, but remains at substantial levels and is an energy source for pathogenic bacteria. This knowledge-that human pathogens can grow on hydrogen while residing in an animal-may have profound implications for the treatment of some diseases.

In 2002, Maier published in the journal Science evidence that the gastric bacterium Helicobacter pylori, which gives rise to peptic ulcers, gastritis and some kinds of gastric cancers, needs hydrogen as an energy source. The new research extends those earlier findings to Salmonella.

The work has been possible because of the increasing number of entire genomes that are being sequenced, for everything from bacteria to humans. Knowing the exact position of individual genes on the full genome allows scientists a much richer understanding of how disease processes work than ever before.

“From the gene sequence we found that Salmonella was predicted to have three distinct membrane-associated enzymes that split molecular hydrogen using a unique metal center, which is composed of nickel, iron, cyanide and carbon monoxide,” says Maier. “Humans don’t make this kind of metal cluster in cells, and so it’s an excellent target for therapeutic intervention. Also, making nickel unavailable to the cells by use of metal-sequestering agents would be expected to stop the hydrogen from using reactions required for growth of the ­bacterium.”

The new research shows that each of the three membrane-associated, hydrogen-utilizing enzymes in Salmonella is coupled to a respiratory pathway that uses oxygen as the terminal electron acceptor. This permits growth of the pathogen.

Maier believed that these enzymes might enable bacteria to glean energy from the splitting of molecular hydrogen. Because the high-energy gas produced by the reactions of normal flora bacteria in the intestinal tract is freely diffusible, it can be measured within tissues colonized by pathogens. So, using mice as a model system, Maier and his colleagues were able to find that, indeed, Salmonella use molecular hydrogen as an energy source to grow and cause disease.

The team studied a type of Salmonella enterica called Typhimurium, a common food-poisoning bacterium closely related to a different strain of Salmonella that causes typhoid fever.