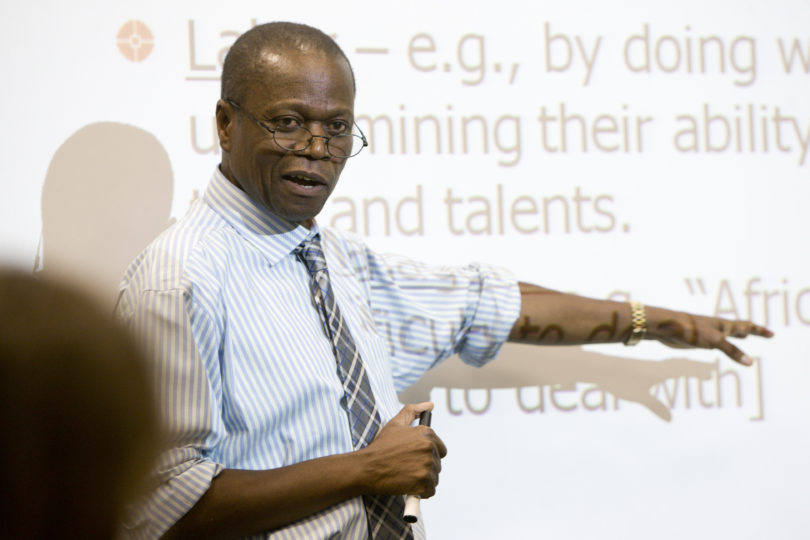 William Kisaalita, a professor in the University of Georgia College of Engineering, has been named a Fellow of the American Association for the Advancement of Science. The honor is presented to AAAS members by their peers for scientifically or socially distinguished efforts to advance science or its applications.

Kisaalita is being recognized for his contributions to the field of development engineering, particularly in the use of human-centered design for the creation of technology-based interventions for low-resource settings. Kisaalita’s research has led to the creation of three devices in commercial use, including a biofuel-powered cooler to keep milk fresh and safe to drink in areas without electricity, such as sub-Saharan Africa.

“I am deeply humbled by this recognition by my peers. However, I should mention that these contributions would not be possible without the many graduate and undergraduate students I have worked with over the years – this is their recognition as well,” said Kisaalita. “I am excited and look forward to continued inquiry, creation and service toward solutions to problems from a large segment of our global population earning less than $5 per day.”

Kisaalita and other new Fellows will be formally recognized Feb. 15 at the AAAS Fellows Forum during the organization’s annual meeting in Seattle.

“Dr. Kisaalita is a perfect example of how engineers positively impact the world by searching for solutions to our greatest challenges,” said Donald Leo, dean of the UGA College of Engineering. “He is an excellent teacher, a dedicated mentor and a creative researcher. I join the entire college in congratulating William on this well-deserved honor.”

Along with his teaching and research responsibilities, Kisaalita has served as the associate director of UGA’s Center for Undergraduate Research Opportunities and he is a faculty mentor for students in the Peach State Louis Stokes Alliance for Minority Participation.