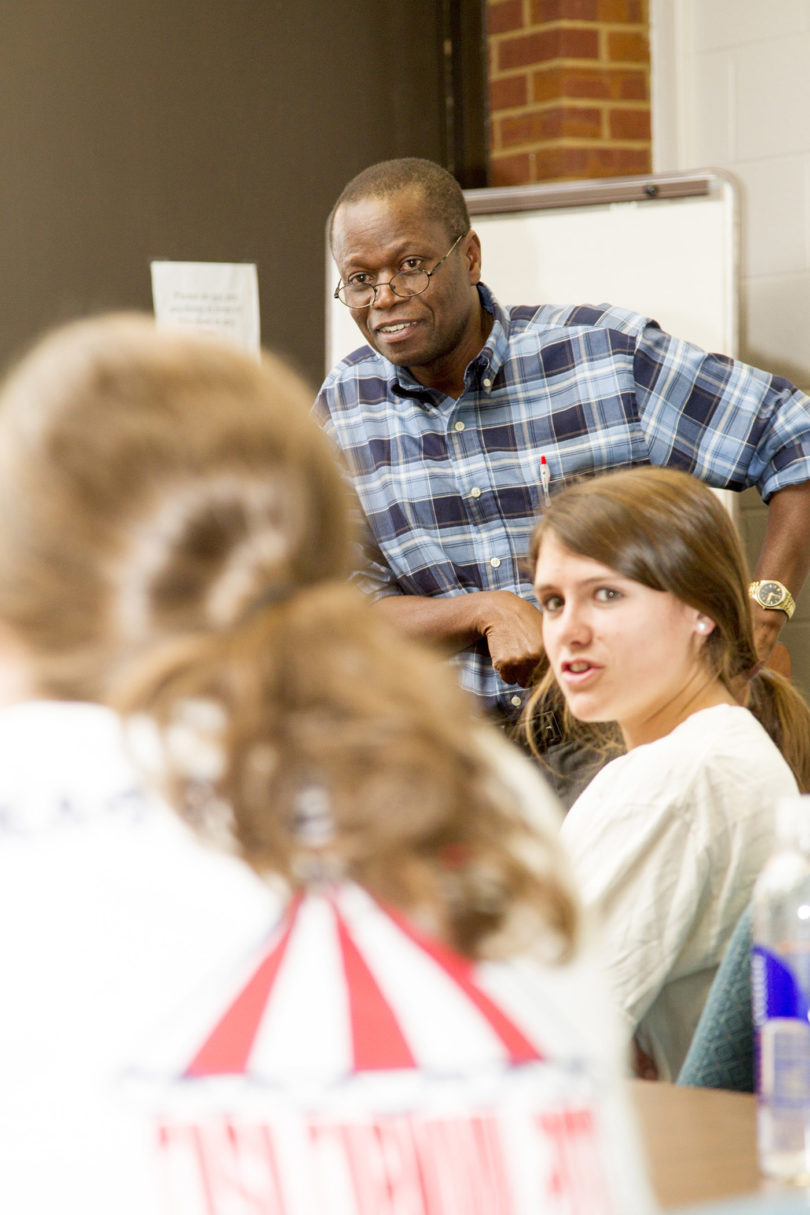 After leaving Uganda, William S. Kisaalita knew he wanted to give back. But at first he wasn’t sure how to do so.

“For me, it started out with this idea that I am from Africa, particularly Uganda, and Uganda perhaps gave me this opportunity to come here and work and be better off in a way, comparatively,” he said. “But the question always is at the back of the mind … What have you done for them?

“Then you say, ‘Well I’m a professor. I determine what I do,’ ” he also said.” ‘Why don’t I devote a small percentage of my time to doing things that are going to make their lives different?’ “

Kisaalita was familiar with a problem in the so-called Cattle Corridor of Uganda, where dairy farmers would have to dispose of excess milk because they had no way of preserving it for the next day.
That’s money down the drain.

So Kisaalita developed a cooler that could be used to preserve the milk with the goal of saving the already-poor farmers money. He calls it EvaKuula, “Eva” meaning mother or Mother Earth and “Kuula” meaning cool or cooler. Fermented cattle waste is used to create biogas, which powers the evaporative cooling that keeps the milk in the coolers chilled.

His community service and dedication to improving the earnings of African farmers earned Kisaalita the President’s Fulfilling the Dream Award at this year’s Martin Luther King Jr. Freedom Breakfast on Jan. 22. The awards are given annually to community members and UGA faculty, staff or students whose community service is bringing King’s dreams of racial equality and justice to fruition.

“This award is very special to me for what it stands for: ‘dedication to building bridges of unity and understanding within the community,’ ” Kisaalita said. “I feel like it touches everything I am about and highly value as a UGA professor.”

Kisaalita has earned many awards during his time in academia, including the UGA College of Engineering Instructional Award, which he won multiple times; the UGA First-Year Odyssey Seminar Program Teaching Award; and the Superior Teaching Honor from the UGA Student Government Association.

In his classes, he emphasizes service-based learning. In one class, students work on what he calls a “poverty project,” during which some students try to live on $5 a day or serve in soup kitchens. The goal is to get them to realize what it is like to be poor.

“What started as what I thought to be just another school assignment ended up being an eye-opening experience that realigned my priorities and view of the world and those in need, especially how it relates to me being a Christian,” one of Kisaalita’s students wrote in a paper on the project.

“You hear a statement like that, wouldn’t you go and do more of it?” Kisaalita said.

Kisaalita said he and his students will.