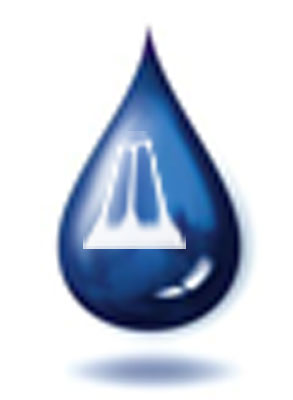 It was water just going down the drain.

And in this historic drought, all it took was a little ingenuity, hoses and buckets and now 1,000 gallons a month are conserved at one office on campus.

Deb Carter, lab manager at Aruna Biomedical located in the Rhodes Animal Science Center on East Campus, didn’t want to see water used in the lab’s filter systems wasted, so when she learned that the water the Millipore systems discharged was clean tap water, she connected the discharge hose to another hose to route the water into buckets and later barrels, instead of down the drain.

The water is then placed in two-gallon blue Rubbermaid containers with spouts in every bathroom in the building and used for hand washing.

Carter’s conservation efforts aren’t the only ones being implemented; units throughout campus are finding creative ways to conserve every possible drop of water.

The university is using approximately 9.6 percent less water than a year ago, as of October, the latest number available, according to the Physical Plant.

In its Nov. 15 report (www.uga.edu/WaterResourcesReport.pdf), the Ad-Hoc Task Force on Water Resources, reported that Food Services is no longer using water to thaw frozen meats, the Physical Plant has removed the automated flushing mechanisms from 144 toilets in the Student Learning Center in response to concerns that they were flushing too frequently, and in the green houses plants are being consolidated and hand watered to reduce water use.

Additionally, many departments, like University Housing, are replacing shower heads and toilets with low-flow devices and have plans to further adjust or change out equipment for water conservation.

At Aruna, much of the water conserved has to do with either putting water-consuming machines on standby or simply turning them off, so they don’t continually use or leak water. Carter said that if some of the machines in her labs leaked for 24 hours a day, they’d use more than 700 gallons a day. So, some leaky machines are turned off completely and some are put on standby, which means they discharge only about six gallons a day, all of which becomes hand-washing and floor-washing water for the building.

At the Animal Care and Use department, a lot ofwater is used to wash animal cages for 13 facilities across campus. After adjusting and retrofitting their big cage washers, the unit is saving 1,000 gallons of water per week. They are turning off the elevator-sized machines while not in use and generally thinking about using water more efficiently.

In all, eight washers have been reprogrammed to reuse rinse water for the next wash cycle, which saves about45 gallons a water per cycle per machine. Several washers, which wash everything from primate cages to some of the thousands of research mice cages, have been reprogrammed to utilize only one—instead of several— rinse cycles. Also, the sterilizers are turned off when not in use, which saves 100 gallons a hour, and five sterilizers will be retrofitted with water conservation kits, according to Liz Stich, animal facilities supervisor.

“It was kind of a no-brainer,” said Chris King, assistant vice president for research and  director of the Animal Care and Use Program. “We wash a lot of stuff.”

Research facilities, like Animal Care and Use and Aruna, use approximately one-third of campus water, so their conservation efforts can have a drastic impact on the amount of water the university uses.

Heightened awareness is what led to both lab’s efforts, but Carter and Stich both said that even if the strict watering mandates lessened or subsided, the water conservation would continue.

“It’s our job as a group of people in this small lab to provide the opportunity to save water,” Carter said. “Once you make people mindful, once it becomes habit, it becomes more natural.”