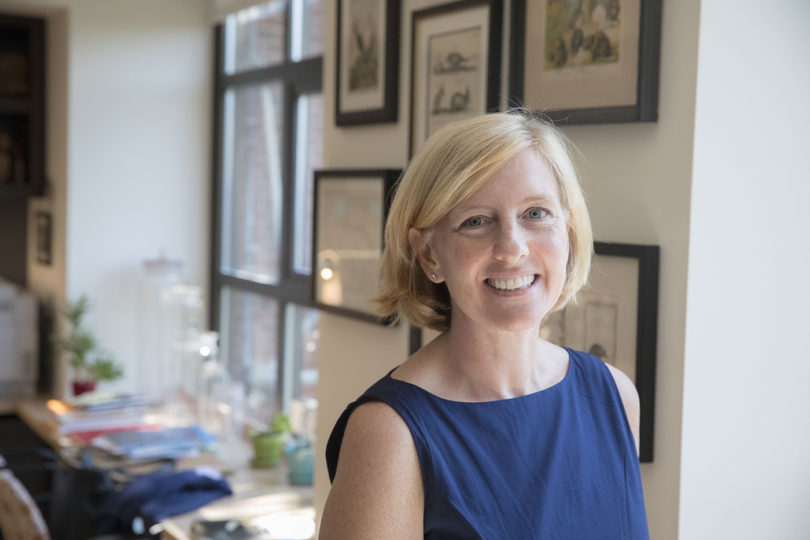 Hopi Hoekstra will deliver “From the Field to the Lab and Back Again: The Genetic Basis of Adaptation” at the 33rd annual Odum Lecture at the Odum School of Ecology.

Hopi Hoekstra, the Alexander Agassiz Professor of Zoology at Harvard University, will deliver the 33rd annual Odum Lecture at the University of Georgia Odum School of Ecology. Her talk, “From the Field to the Lab and Back Again: The Genetic Basis of Adaptation,” will take place April 10 at 3:30 p.m. in the Odum School auditorium. Open free to the public, the lecture will be followed by a reception.

Hoekstra’s research encompasses population, ecological and behavioral genetics, with a focus on understanding the mechanisms responsible for adaptation. Using data gathered from field and laboratory experiments and natural history collections, she explores the evolution of variation in behavior, form and reproduction in wild mice.

Hoekstra holds appointments in the departments of organismic and evolutionary biology and molecular and cellular biology at Harvard, where she is also the curator of mammals in the Museum of Comparative Zoology. The author or coauthor of more than 70 peer-reviewed scientific publications, her work has been extensively covered in the popular press. Among her honors and awards are the Richard Lounsbery Award from the National Academy of Sciences, the Ernst Mayr Prize from the Society for Systematic Biologists and the Young Investigator Prize from the American Society of Naturalists. She was elected to membership in the National Academy of Sciences in 2016 and the American Academy of Arts and Sciences in 2017.

“It’s an honor to have Professor Hoekstra here to talk about how species are adapting to extreme ecological stresses,” said John Gittleman, UGA Foundation Professor in Ecology and dean of the Odum School. “As this work represents important integrative science, the Odum Lecture once again showcases the best ecological work of our time.”