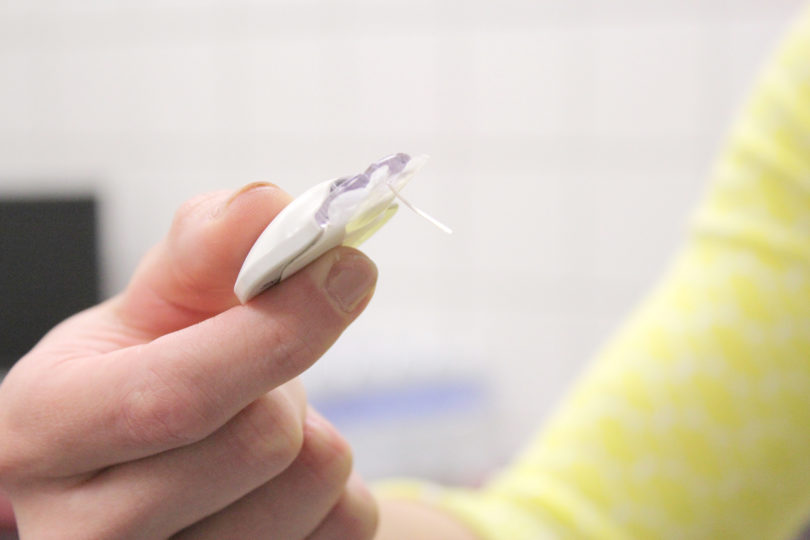 Athens, Ga. – Exercise can help enhance the effects of blood glucose-lowering medication, according to an award-winning study by a University of Georgia graduate student.

The study, which is a finalist for a national award from the American College of Sports Medicine, examined the effects exercise had on blood glucose levels among patients taking metformin, a common drug prescribed in the early stages of diabetes. Participants in the study were given a high-carb breakfast and then walked for 50 minutes while their glucose levels were constantly monitored.

The result, said researcher and doctoral candidate Melissa Erickson, showed exercise lowered blood glucose levels even beyond what metformin controlled. In cases where metformin was combined with exercise, glucose levels were even lower than metformin alone.

“Diabetes is a progressive disease-it gets worse over time-and then additional medications are needed,” said Erickson, a student in the UGA College of Education’s department of kinesiology studying exercise physiology. “But whenever muscles contract, they need glucose for energy. So your muscles are going to help remove glucose from your bloodstream.”

The study found that when patients on metformin exercised after eating, they saw a 21 percent decrease in their peak glucose levels, compared to when they remained seated. At the same time, exercising after eating had a similar glucose-lowering effect as taking metformin and not exercising.”

The idea behind the study, she said, was to test whether exercise could be used in tandem with the medication to not only lower blood glucose levels, but also to extend the time patients can use the drug. Typically, metformin is effective for lowering blood glucose for about four to five years before it becomes inadequate and a secondary medication is needed. Exercise, in addition to metformin, may help extend the drug’s benefits, Erickson said-although, she noted, a longer-term study is needed to fully understand the effects.

“It’s not how much exercise you do, but when,” he said. “And for this population, the timing after you eat-particularly after breakfast-will have an effect on your blood glucose.”

Erickson is now recruiting participants for the second phase of her study, which looks at the effects exercise has on people taking metformin as well as a second “add-on” medication to control their blood sugar. Typically, insulin is the last line of defense, after metformin and a second tier of drugs have been exhausted. Interested participants may contact Erickson at melissa9@uga.edu.

Testing typically takes two days and can be done over a weekend, she said.

Preliminary results from the second phase of the study could show a similar benefit, Erickson said, despite the patients needing extra medication.

“Now we’re asking, if people graduate off metformin, can we get the same effects from exercise?” she said. “I think the second study will give us just as interesting results.”