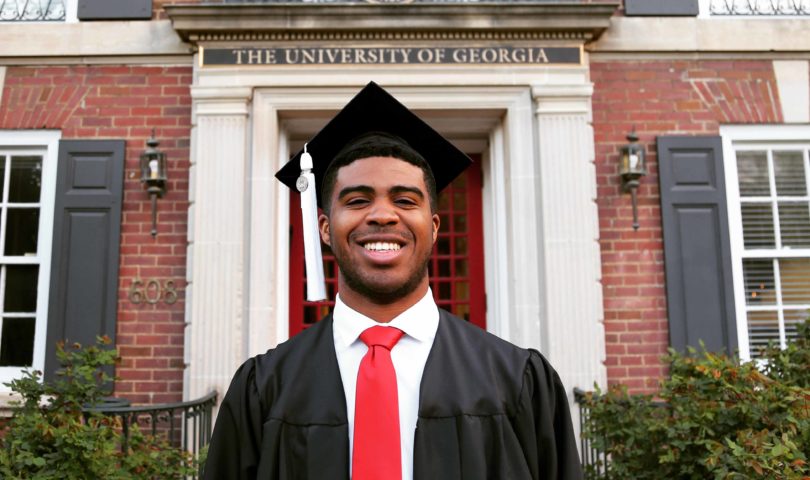 UGA is the largest public university in the nation to require each undergraduate student to engage in experiential learning prior to graduation.

Here’s a look at how six graduating students earned their experiential learning credit, the impact it had on their time at UGA and their plans after Commencement.

Titus Cornell’s work in lobbying and government relations as a legislative intern through the Washington Semester Program broadened his perspective. 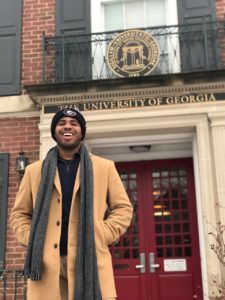 “I learned that having an open mind to policy areas that you didn’t think you’d be interested in can lead to some very rewarding experiences in both your professional endeavors and your academic ones,” said the political science major from Augusta. “I also learned that it can be useful to look at policies from various perspectives because, in most situations, there are multiple sides to the issue.”

Cornell interned in the government affairs department of one of the world’s largest cable television providers and dealt with complex telecommunications policy. In the beginning, his work was solely related to technology issues, but it grew to encompass healthcare, intellectual property laws, the environment and small business competitiveness.

“As students, we should pursue opportunities that mix theory with practice so that we can get the most out of our learning experience,” he said. “I chose public service as a career path late in my college career because I wasn’t sure what I wanted to do with my political science degree. I was just testing myself in different fields, and after having interned in lobbying, corporate government affairs, campaigning and legislative affairs, I figured out what I wanted to be in the future and how I wanted to get there.”

That path led Cornell to a new job.

“Because I was able to focus on my schoolwork and excelling as an intern, I was able to secure a full-time job with the U.S. Senate before graduation,” he said. He’ll be working as a staff assistant for Sen. Ben Cardin (D-MD). 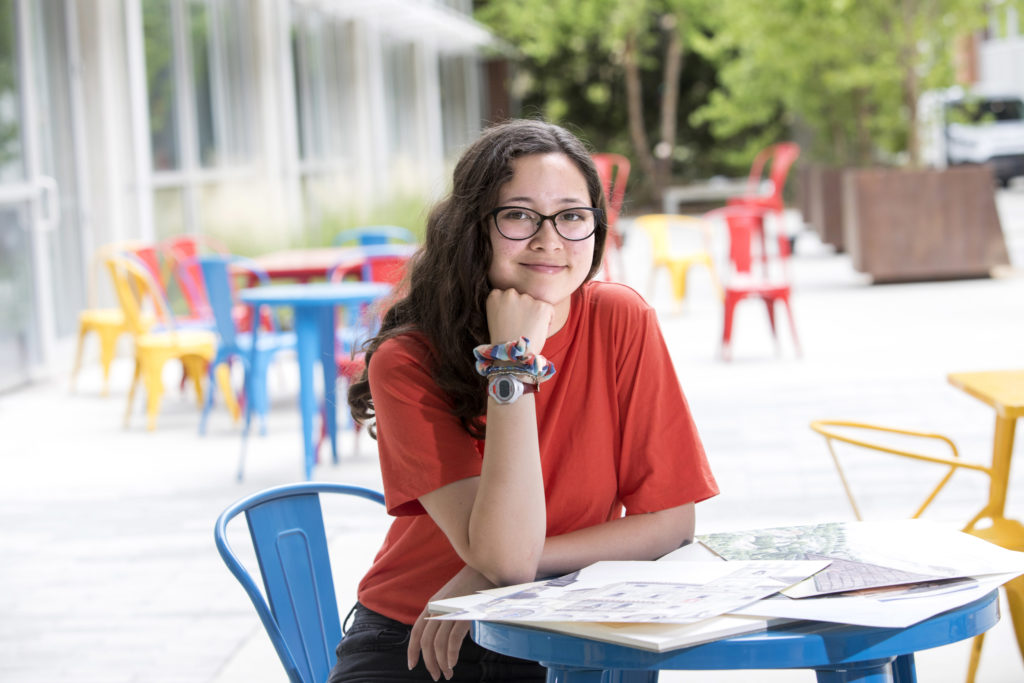 Karen Cook with her drawings sits in the Lamar Dodd School of Art’s courtyard. (Photo by Dorothy Kozlowski)

Although Cook is a graphic design major, the classes she took as part of the Cortona Study Abroad program allowed her to explore her passion—fine art. 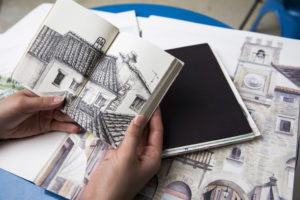 “It’s such a surreal experience, going from seeing art through a screen or pictures in a textbook to seeing it in person,” she said.

The Macon native traveled to 10 cities exploring art history and studio painting. For that latter, she chose to do plein-air landscape painting, which allowed her to spend hours each morning exploring and painting the city of Cortona.

Going back to her artistic roots helped her realize that she can design her own future. She chose the art field because “there are so many options,” and her time in Cortona helped her see that while she loves and enjoys graphic design, she also might want to make a career out of plein-air painting.

“I think it has broken me out of my comfort zone,” she said.

Cook is currently pursuing a graphic design position that focuses on illustration and data visualization. 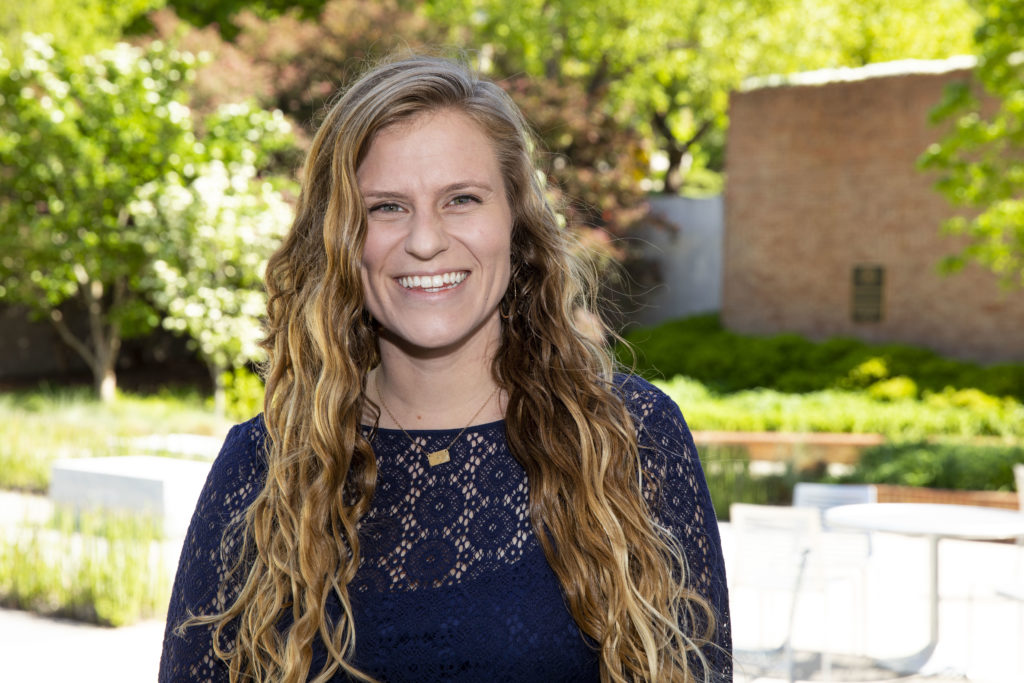 Kristen Fikse took both her major and minor far from the classroom.

The double major in marketing and entertainment and media studies minored in Spanish, so she took advantage of two study abroad opportunities—in Oxford, studying “Globalization and Shakespeare,” and in Spain, studying business and culture.

The opportunity for the Smyrna native to dive deep into learning new things and understanding new cultures proved invaluable.

Fikse said that her study abroad experience helped her become more well-rounded culturally and learn to adapt more easily, but experiential learning in some of her other coursework also helped lay the groundwork for her future.

“My career goals have been refined and narrowed because of my experiential learning experience,” she said. “I now know that I am fascinated by and passionate about digital marketing and telling stories both visually and through data. The hands-on video production experience plus my experience with clients through service-learning courses has allowed me to explore both content creation and marketing strategy and analytics, which I’m hoping to pursue after graduation.”

Now, she is currently applying and interviewing for marketing/media positions with creative agencies and other organizations in the Atlanta area. 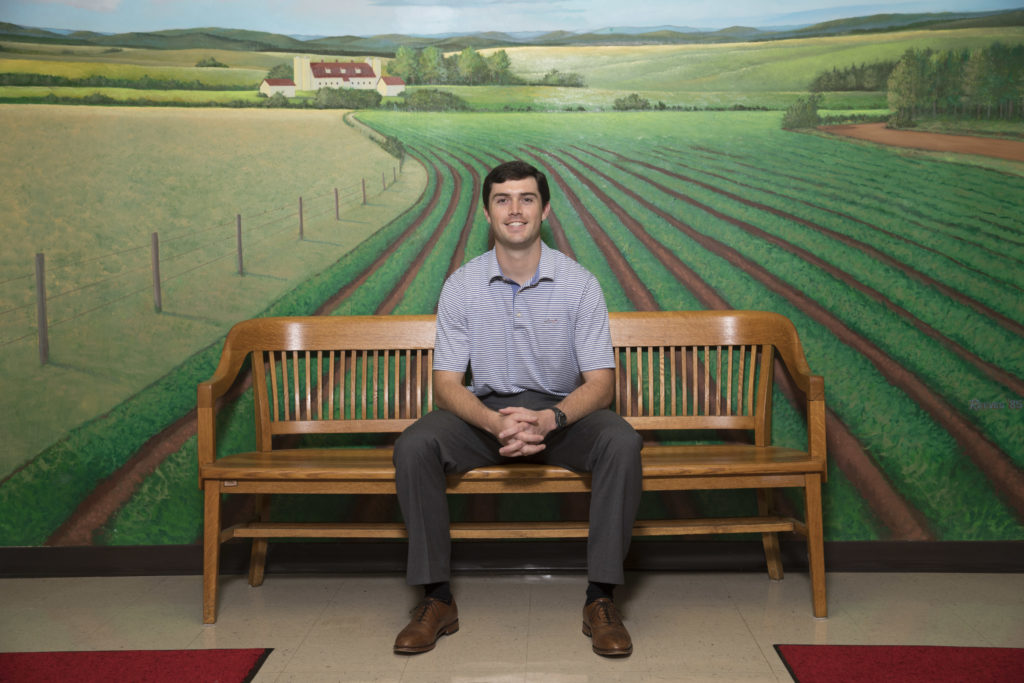 William Hicks sits in front of the mural inside Conner Hall. (Photo by Peter Frey)

William Hicks earned his experiential learning credit through the Congressional Agriculture Fellowship Program in Washington, D.C., where he worked in the office of U.S. Rep. Austin Scott of Georgia’s 8th district.

“I applied for Ag Fellows because I was intrigued by the opportunity to live in our nation’s capital for the summer and learn how the government operates behind the scenes,” he said.

He prepared for his time as an Ag Fellow by taking an agriculture policy class that focused on the Farm Bill and other laws directly related to agriculture, but he said that hearing from constituents and farmers about how those policies impact their source of income made an impression on him.

“It gave me unique perspective of agriculture policy and the industry as a whole,” he said. “This experience allowed me to essentially work a full-time job as a college student that involved customer service, deadlines, presentations and daily meetings.”

In addition, this experience allowed Hicks, an agribusiness major from Macon, to work on public speaking skills by giving tours of the U.S. Capitol and strengthening his writing skills by drafting memos and speeches.

“This experience enhanced my professional skills, which has been beneficial during job interviews as well as at CAES Ambassador events,” he said.

After graduation, Hicks will join Syngenta’s Production and Supply Chain Development Program, where he will spend three years as an associate in Logistics, Procurement, then Asset and Production Planning. 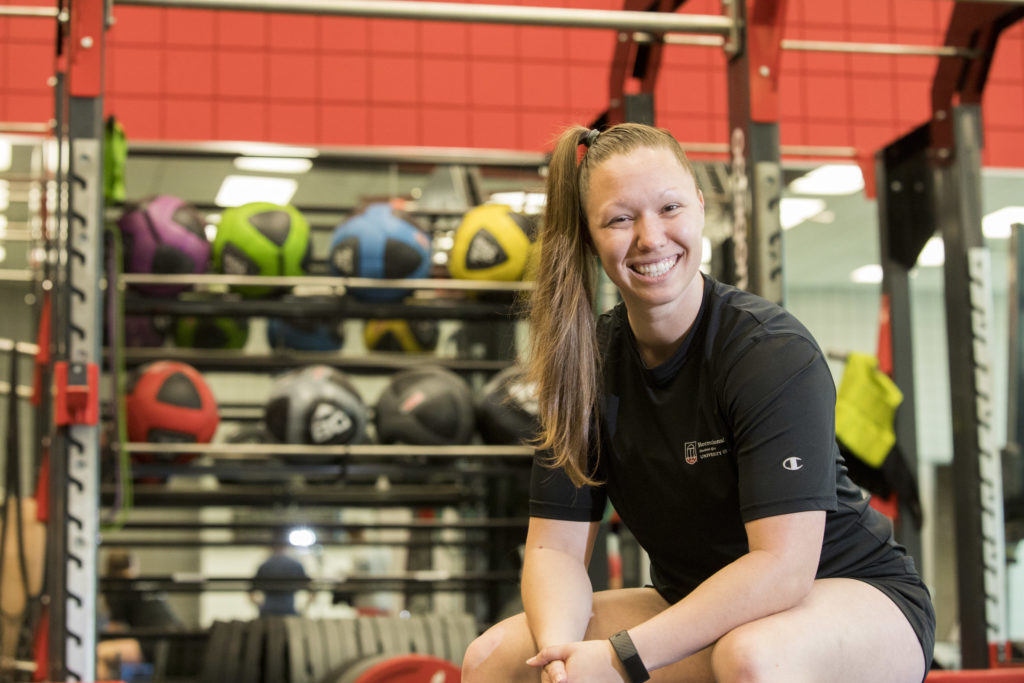 She served as Student Veteran Association president, worked as a Personal Training Program assistant and participated in a Multicultural Service-Learning Practicum.

“I wanted to help other UGA student veterans gain as much from what the organization had to offer as possible,” she said, “and I wanted to learn more behind-the-scenes, additional leadership tactics to help with my future goals.”

One of the most valuable lessons she gained was how to shift her communication style depending on who she’s working with in order for them to learn effectively. These experiential learning opportunities allowed her to take what she learned in class and put it into practice.

Enloe, a health and physical education major from Woodstock, said that she’s a hands-on learner, so “being ‘in the field’ helped shape my understanding, learning and future goals.”

In fact, she said those experiences made her a better trainer and helped her understand how to work with fellow leaders.

“I found my personal leadership type,” the Air Force veteran said. “I also learned to open up to people and be vulnerable, helping build relationships to better lead them.”

Enloe currently has several opportunities on the table. She has been accepted to two graduate schools and received two job offers. 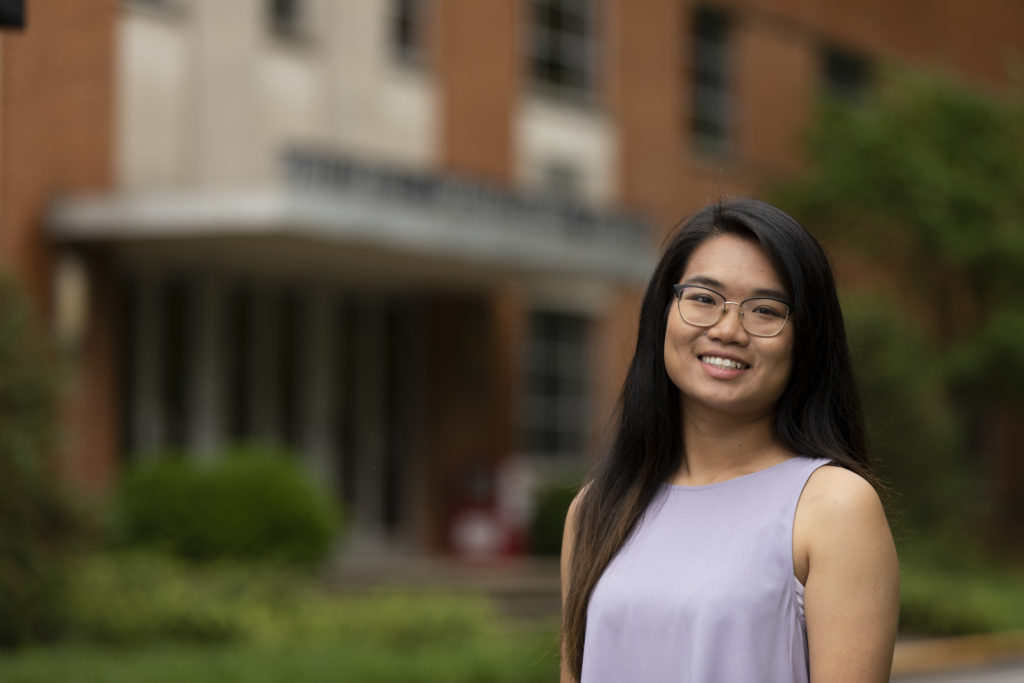 Kelly Strohecker, an electrical and electronics engineering major from Savannah, earned her experiential learning credit through a CO-OP rotation with Jordan & Skala Engineers, working with the company for three rotations. She also did two additional internships with two different companies.

“I wanted to gain that additional work experience before I graduate and be a strong candidate for full-time positions after I graduate,” she said. 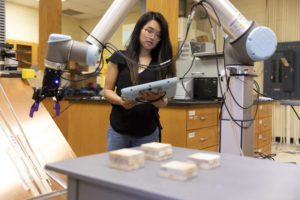 Kelly Strohecker uses a control unit to operate a robot arm that is part of a conveyor reject system as part of her senior design capstone project. (Photo by Andrew Davis Tucker)

She pointed out that these experiences exposed her to things she’ll need to know outside the classroom, such as design skills, electrical building codes and how to use Revit (CAD software).

“Classes are helpful in understanding the theory behind a lot of what I need to know while working,” she said. “While on the job, it becomes a more realistic application of how that knowledge is being used.”

But there is one lesson that stands out for her.

“The biggest way experiential learning has helped me is by showing that I am capable of working for a real company,” she said.

In fact, her experience helped her obtain a full-time position as an application engineer with Schneider Electric, where she’ll help design switchgear and switchboards based on customer plans and specifications.