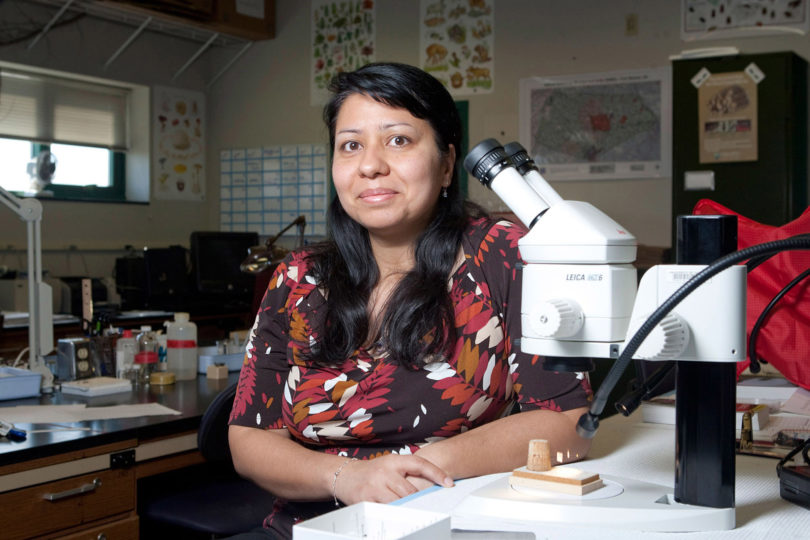 UGA tree health expert Kamal Gandhi was named a Science Policy Fellow for the Entomological Society of America, just one of five scientists across the country named to the program.

The fellowship program was formed in 2014 to support scientists for two-year terms. As a Fellow, Gandhi will attend virtual and in-person educational events to learn more about science policy and funding decisions made at the federal level of government. She also will participate in conferences that focus on developing federal science policy and budgets, help draft policy statements and meet with legislators.

Gandhi, who joined the Warnell School of Forestry and Natural Resources in 2008, teaches forest health protection and has been conducting research on issues that affect conifer and hardwood trees, including the effects of exotic insects like the Asian ambrosia beetles, European woodwasp and emerald ash borer. Gandhi’s research is particularly important in the South, where forestry is a billion dollar industry in what is called the “wood basket of the world.”