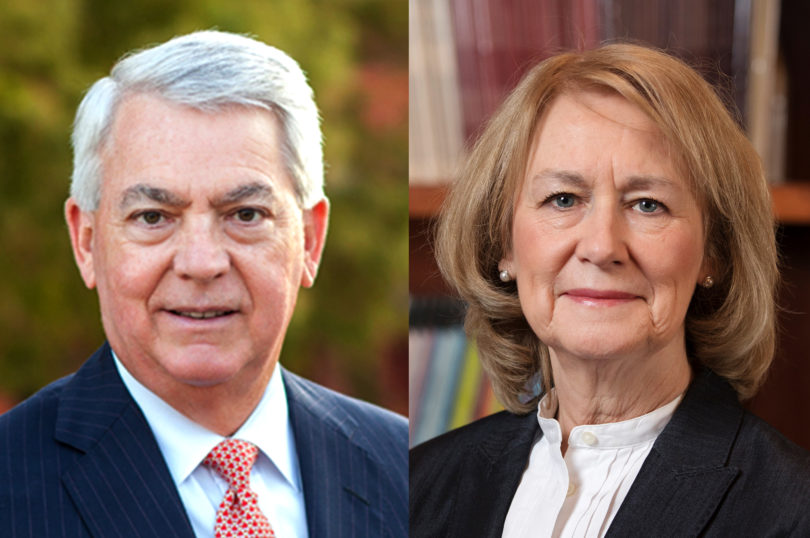 Regent Kessel D. Stelling Jr., chairman and CEO of Synovus Financial Corporation and a member of the University System of Georgia Board of Regents, will deliver the fall undergraduate Commencement address at the University of Georgia on Dec. 13 in Stegeman Coliseum. The ceremony will begin at 9:30 a.m., with the graduate ceremony to follow at 2:30 p.m.

“Regent Stelling is an exemplary business leader and an inspiring public servant,” said President Jere W. Morehead. “His sound judgment helped to preserve Georgia’s banking industry during the Great Recession, and he continues to make a positive impact on our state and nation in so many ways. We appreciate his long and dedicated leadership as a member, and previous chair, of our governing board, the University System Board of Regents. Our undergraduate students and their families are sure to benefit from his advice.”

Stelling began his career with Synovus, a $48 billion asset bank based out of Columbus, Georgia, in March 2006 and was named president and CEO in 2010. In 2012, he was elected chairman of the company. Under his leadership, Synovus has been named one of American Banker’s most reputable banks for four consecutive years.

In 2008, Stelling was appointed to the University System of Georgia Board of Regents, representing Georgia’s 6th Congressional District, and served as chair in 2016. He also serves as a board member for REACH (Realizing Educational Achievement Can Happen) Foundation, Georgia’s first needs-based mentorship and college scholarship program; Georgia Power; the Georgia Chamber of Commerce; and the Financial Services Roundtable. He has been a fixture on Georgia Trend magazine’s list of the “100 Most Influential Georgians” for the past decade.

Stelling received a bachelor’s degree in banking and finance from UGA and completed the Graduate School of Banking of the South at Louisiana State University. He has served as a member of the UGA Board of Visitors and chair of the Terry College Dean’s Advisory Board.

Graduate ceremony speaker Libby Morris is a seasoned administrator and prolific scholar whose work has addressed educational and economic challenges of the Black Belt South, issues of post-secondary access and persistence, and faculty and leadership development. She has been a faculty member in the Institute of Higher Education since 1989 and was named director in 2006. In 2009, she launched the Georgia College Advising Corps, which has helped more than 28,000 first-generation and underrepresented students enroll in and graduate from college.

Serving as vice provost for academic affairs from 2010 to 2013, Morris established the Office of Online Learning and the UGA Arts Council, led the effort to merge the Skidaway Institute of Oceanography with the university, and increased the number of tenured and tenure-track faculty on campus. She has twice served as interim senior vice president for academic affairs and provost, in 2013-2014 and 2018-2019, playing a major role in launching the Science Learning Center and the Interdisciplinary STEM research complex, among other key initiatives.

Morris earned a bachelor’s degree in English from UGA and a master’s degree and Ph.D. in adult and higher education from the University of North Carolina-Chapel Hill.

“Dr. Morris has provided outstanding leadership during times of transition at the university, helping our institution maintain its upward trajectory while being a source of steady support,” said Morehead. “She also has achieved a remarkable record of scholarship in addition to her significant administrative responsibilities. I look forward to hearing the wisdom she will share with our graduate students.”

Sanford H. Orkin is scheduled to receive an honorary Doctor of Humane Letters degree from the University of Georgia during the undergraduate ceremony. Orkin and his late wife, Barbara, both attended UGA. Drafted into military service while still a student, Orkin joined his family’s pest control business after returning from the Korean War and served as the company’s president. Following the sale of Orkin Pest Control to Rollins Inc. in 1964, Orkin maintained real estate and business interests in Atlanta and volunteered his time and support to UGA in numerous ways, including as a board member of the UGA Foundation and UGA Real Estate Foundation.

The Orkin family has a remarkable legacy of giving to the university, including endowing a $1 million scholarship fund for low-income students and a Georgia Research Alliance Eminent Scholar position in the Center for Tropical and Emerging Global Diseases. The Orkins most recently gifted $5 million to the Terry College of Business in support of the Business Learning Community. Sanford and Barbara Orkin Hall bears their name.

Taylor Maggiore, who will receive a bachelor’s degree in journalism with a certificate in sports media, is the student speaker for the undergraduate ceremony.

Commencement candidates are allowed six tickets per student for the undergraduate ceremony. Tickets are not required for the graduate exercise.