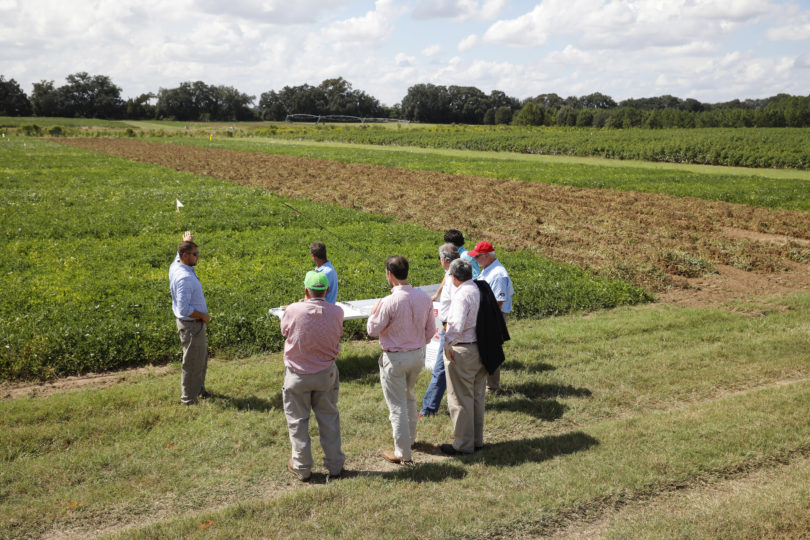 The 2018 Farm Tour marked the sixth year that Morehead, joined by Georgia Commissioner of Agriculture Gary Black and members of the Georgia General Assembly, visited farms and connected with the state’s agriculture industry leaders. Each year, the Farm Tour visits a different region of the state to understand the range of challenges and opportunities facing Georgia’s farmers. The annual event provides a critical opportunity to connect the state’s land- and sea-grant institution to Georgia’s communities, businesses and leaders.

“We are proud of our ongoing efforts with the university to further deepen the communication channels between our farming community and those who support it,” said Black. “This annual Farm Tour is a prime example of what great objectives can be accomplished through a strong partnership and joint collaboration. Every year, I look forward to the opportunity of helping make that connection between these two very important sectors of our state.”

Sam Pardue, dean and director of the UGA College of Agricultural and Environmental Sciences, accompanied Morehead and Black on the tour along with state Reps. Terry England and Tom McCall. 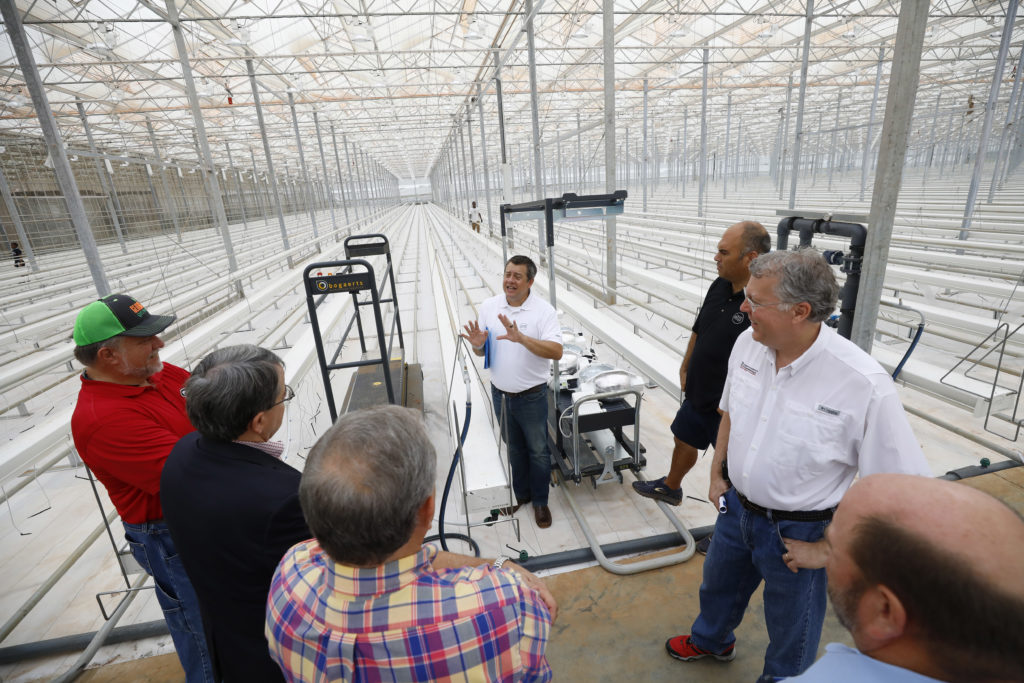 This year’s tour started at Pure Flavor Greenhouse Complex in Fort Valley. The company opened a location in the state in 2017 and produces tomatoes and cucumbers year-round in a 75-acre greenhouse complex. The produce grown by Pure Flavor is part of the $1.1 billion value of Georgia’s vegetable crops.

Eric Cohen also showed off his dog, Tate, who is trained in locating truffles in pecan orchards, a gourmet delicacy that is highly desired by restaurants and chefs. Reflecting on his business, Cohen credited UGA Extension pecan specialist Lenny Wells and plant pathologist Tim Brenneman for the success the Cohen family has enjoyed in producing pecans.

“This year, we’ve had more rain, something like 40 out of 60 days of rainfall. When you get that much, scab disease will normally just take you out. This year, we’re in great shape, and a lot of that is attributed to the research done by the university,” Cohen said. “In 2012, we had so much rainfall that we didn’t make but a third of the crop that year. We’ve had similar conditions this year, and we have less scab than we had last year. That’s because of the work by the university and Cooperative Extension helping and being on top of things.”

Georgia is the country’s largest producer of pecans, with a farm gate value of $355.8 million in 2016.

“What is unique about the research here is it’s often very practical and can be transferred to our growers very easily and quickly. I think that’s what we tried to key in on. This isn’t back-in-the-lab research that takes 20 years to reach a grower; what we do is provide information that can go directly to growers immediately,” Perry said.

The tour’s final stop was at Premium Peanut, the largest single shelling facility in the world. Premium Peanut was founded in 2014, when seven buying points in Georgia came together to form the business.

“The diversity of Georgia’s agriculture industry is reflected in the wide-ranging research efforts and expertise of UGA faculty and staff and in the flourishing businesses of our alumni,” said Morehead. “The annual Farm Tour is an excellent way to demonstrate the deep connections between the university and our state’s No. 1 industry and to learn more about the ways in which UGA is helping this industry to grow and thrive.”