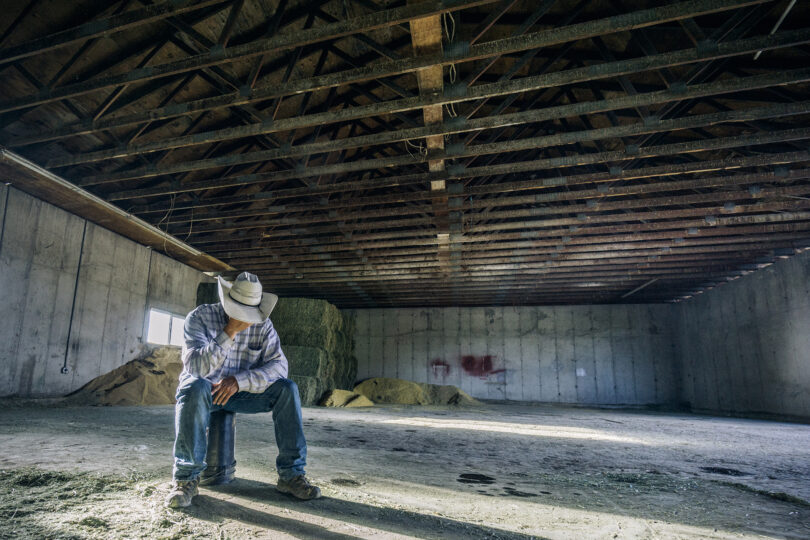 Agribusiness is Georgia’s leading industry, but it takes a mighty toll on the mental health of the farmers driving it.

A new study from the University of Georgia, which was published in the Journal of Rural Mental Health, details the norms that make it hard for farmers to seek help when they’re feeling stressed and overwhelmed. The results will be used to develop support programs that are tailored to farmers’ needs.

Owning and managing a farm incurs unique stresses on the farmers’ well-being.

“Farmers are not only physically at risk, but they’re also financially at risk, and the stress associated with both of those things are hurting their mental health, overall. In general, there’s a lot out of their control,” said principal investigator Christina Proctor, clinical assistant professor at UGA’s College of Public Health.

Farmers work long hours performing labor-intensive, repetitive tasks. This work can be dangerous, and accidents can be life-threatening. Then there’s the financial burden farms take on at the start of their season to grow crops or raise livestock. If there’s a bad year or an unforeseen disaster, like a major storm that wipes out crops or an outbreak of avian flu, there’s little aid to help farmers recoup losses.

“Having to count on everything lining up for you is a highly stressful kind of work environment,” said Proctor.

To cope, some farmers turn to alcohol or other substances, and suicide rates are on the rise. Yet, farmers tend to be overlooked in conversations about mental health.

This paper, led by public health doctoral student Noah Hopkins, investigated the cultural factors and norms in rural farming communities that create unique barriers to care beyond the health care access concerns that have been plaguing rural areas across the U.S.

All the farmers reported feeling immense stress in their work, and many of them experienced anxiety and some symptoms of post-traumatic stress disorder. Yet, reaching out for help, even to a neighbor, is perceived as a sign of weakness.

“Masculinity was a massive influence on the farmers that we spoke to and their intentions to even have a conversation about mental health care with their peers. We’re a long way away from somebody sitting down and talking to a therapist or a psychiatrist or anything like that,” said Hopkins.

The participants had watched their parents and grandparents deal with stress over the course of their lifetime.

“And so that reinforces this belief that if you’re a farmer, well if you’re a man in general, you are supposed to just take it on the chin and carry on and weather the storm in the face of tremendous odds,” said Hopkins.

“There is also some reticence to acknowledge that that image of the resilient, tough farmer may not always be accurate,” he said.

Hopkins says he hopes this work can build awareness of the challenges farmers are facing among consumers who rely on them.

“This is a group of people that feeds the entire country. It’s a remarkably small amount of the population of the United States,” he said. “It is critical that our farmers are healthy and enjoying the work that they do and feel a part of the greater population.”