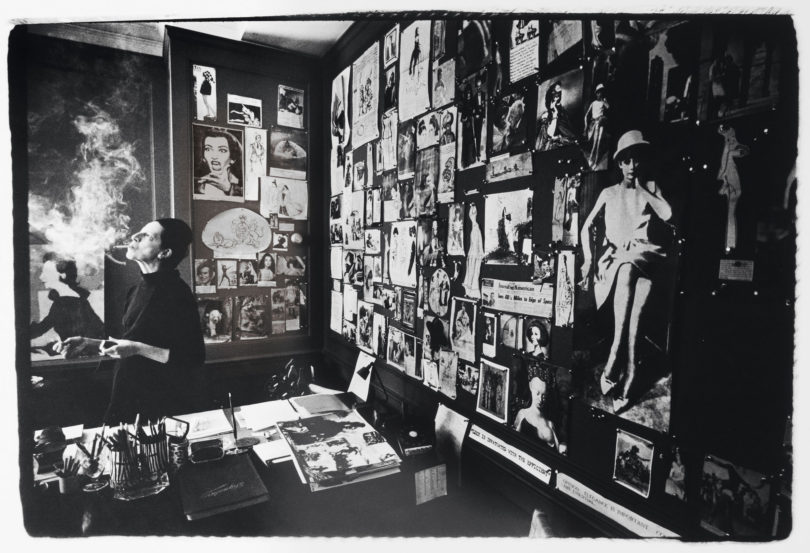 The film "Diana Vreeland: The Eye Has to Travel" celebrates the iconic fashion editor and trend-setter.

Athens, Ga. – The Georgia Museum of Art at the University of Georgia will present a series of documentary fashion films in August and September in conjunction with the exhibition “Fashion Independent: The Original Style of Ann Bonfoey Taylor,” organized by Phoenix Art Museum and on view at the Georgia Museum of Art through Sept. 15.

Each of the three films provides a glimpse into the fashion world. All films will screen in the museum’s M. Smith Griffith Auditorium at 7 p.m. on Thursday nights and are free and open to the public.

“There are so many fashion documentaries out right now, most of which have not been screened in Athens, so it is particularly satisfying to show these three for free,” said Mary Koon, in-house curator of the exhibition. “They tell different, and not always pretty, stories about the fashion industry, adding layers of meaning to what we have already learned from the exhibition in our galleries upstairs.”

“Versailles ’73: American Runway Revolution” will be screened Aug. 29. The film documents a shift in the fashion world in November 1973. At the ’73 Versailles Ball, five American designers (Halston, Oscar de la Renta, Anne Klein, Stephen Burrows and Bill Blass) were pitted against five masters of French couture (Givenchy, Dior, Ungaro, Yves Saint Laurent and Pierre Cardin). On the stage where Louis XVI married Marie Antoinette, in front of an audience of royalty, jet-set millionaires and icons including Princess Grace of Monaco, Andy Warhol, Christina Onassis and Josephine Baker, the innovative American ready-to-wear designers came out on top in the runway rumble for industry dominance. Following the screening of the documentary, filmmaker Deborah Riley Draper and a panel of influencers in fashion, history and pop culture will discuss the implications of the 1973 event, the making of the film and the role of fashion in life.

“Girl Model,” which will be screened Sept. 5, tells the story of Nadya, a 13-year-old girl recruited by Ashley, a model scout who searches for girls in the Siberian countryside to send to the Japanese market. Told from their two perspectives, the story contrasts Ashley’s disillusionment with Nadya’s optimism as she hopes to make money to relieve her family’s financial difficulties. Through Nadya’s abrupt arrival in Tokyo, the film illustrates the complex global supply chain of young girls sent abroad to seek their fortunes in the unregulated world of the modeling industry.

“Diana Vreeland: The Eye Has to Travel” (Sept. 12) celebrates the iconic fashion editor and trend-setter known as the “Empress of Fashion.” The film looks at Vreeland’s 50 years in the fashion world working as fashion editor of Harper’s Bazaar, editor-in-chief of Vogue and even working at the Metropolitan Museum of Art’s Costume Institute to popularize its collection.

“Versailles ’73: American Runway Revolution,” “Girl Model” and “Diana Vreeland: The Eye Has to Travel” are sponsored by Patricia Cloar Milsted in honor of Judith Ellis, Beverly and Edward Phares and Shannon and Peter Candler, respectively. Films at the museum are also sponsored by the UGA Parents and Families Association.