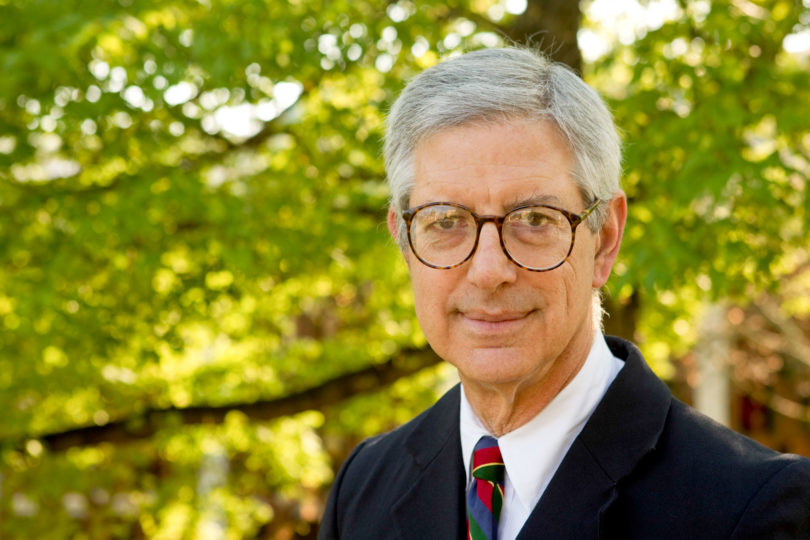 Athens, Ga. – Marcus Fechheimer is widely regarded by colleagues at the University of Georgia as “a model university citizen”-a professor with a strong record in research and a tremendous devotion to teaching and mentoring at both the undergraduate and graduate levels.

Over the course of a career that spans nearly three decades at UGA, he has been closely involved with initiatives to improve teaching and learning, to promote diversity and to provide students with opportunities to participate in research as undergraduates.

With such a background, the committee that recommends candidates for the University Professorship unanimously agreed that Fechheimer was deserving of the title that is bestowed selectively on UGA faculty who have had a significant impact on the university in addition to fulfilling their normal academic responsibilities.

“Marcus Fechheimer has worked for many years and in many capacities to improve the academic environment of the university,” said Jere Morehead, senior vice president for academic affairs and provost, whose office administers the award program. “As was noted by those who wrote letters of support on his behalf, UGA is a better place because of his efforts.”

The University Professorship is the latest recognition for Fechheimer, who was named a Josiah Meigs Teaching Professor-the university’s highest teaching honor-in 2005. A professor in the department of cellular biology, he also holds adjunct appointments in the departments of biochemistry and microbiology.

Fechheimer was one of two faculty members who served on the Leadership Team as UGA recently went through the process of seeking reaffirmation of accreditation by the Southern Association of Colleges and Schools. As part of the reaffirmation process, he put forth the original proposal for a seminar program for all first-year students that was subsequently developed into the First-Year Odyssey Program launched last fall.

Fechheimer based his idea for the program on his experiences leading freshman seminars through the Franklin College of Arts and Sciences and on his involvement as lead instructor for the Creswell Hall Science Learning Community. In collaboration with learning community partners, he studied the effectiveness of the program, presenting a paper at a national conference on the first-year experience and co-authoring a book chapter describing the program’s success.

Fechheimer also has been actively involved with UGA’s Center for Undergraduate Research Opportunities, teaching the CURO Gateway Seminar that introduces students to the skills required for successful engagement in undergraduate research. With colleagues, he conducted a collaborative study of the CURO program that resulted in a presentation at a national meeting and a peer-reviewed publication. Fechheimer and his wife, Ruth Furukawa, an associate research scientist in the department of cellular biology, also have mentored many students in their research laboratory through the years.

“My focus and activities all stem from working directly with students to promote their engagement and success,” he said. “Working with lots of students in diverse settings for so many years opened the door for me to try to contribute in other ways, and it also guides my path. I advocate for what I think will help students and faculty to work together productively to promote learning. Of course, I need to give a lot of the credit to my wife, who is the co-director of our research lab and all of our research grants. Without her help, I would not have time to serve the students and the larger university in so many different ways.”

In addition to working with undergraduates, Fechheimer served his department as graduate coordinator for 13 years. During this time, the department emerged as a leader in diversity in graduate education in the sciences as he worked to recruit and mentor minority students. He also developed and taught a course in scientific writing for graduate students in his department and a workshop on the same topic for students from other programs.

Fechheimer was inducted into UGA’s Teaching Academy in 2002 and has served as a member of the executive committee, as well as the planning committee for the annual Academic Affairs Faculty Symposium.

“My philosophy is that the executive committee must engage the membership of the Teaching Academy to make it an active working group and not a passive honor society,” he said.

Proving that point, he has led workshops and discussions on teaching issues and is a mentor to young faculty participating in the new Teaching Academy Fellows program launched this year.