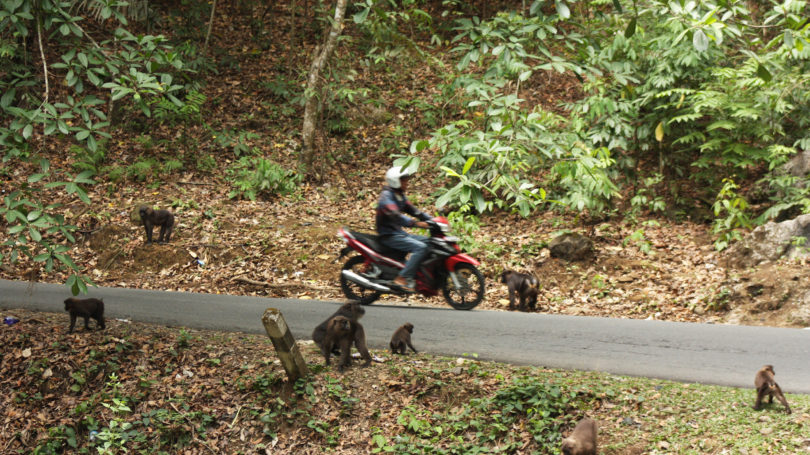 A motocyclist drives through a group of macaque monkeys. (Submitted photo)

A team of researchers from the University of Georgia and San Diego State University has found that the practice of feeding wildlife could be more detrimental to animals than previously thought.

In a paper published recently in Nature Scientific Reports, researchers found that feeding wildlife can disrupt the social lives of animal communities, which they discovered by observing and documenting the behavior of moor macaque monkeys along a wooded roadway on the island of Sulawesi in eastern Indonesia.

Monkeys gather along this heavily traveled roadway to accept food from passing motorists, and the researchers wanted to know what factors made some monkeys more inclined to interact with humans and how those interactions affected the group as a whole.

In particular, the researchers wanted to know whether social relationships influenced the amount of time some monkeys spent along the road and how traits like age and sex contributed to those decisions.

“It’s a bit like the old saying that goes, ‘If your friends jumped off a cliff, would you do it too?’” said Kristen Morrow, a doctoral student in anthropology at UGA and lead author of the study. “Yes, there is a food reward associated with humans, but this is risky behavior, and wild monkeys like these are generally very cautious around humans. So, we wanted to know how this behavior impacts their community.” 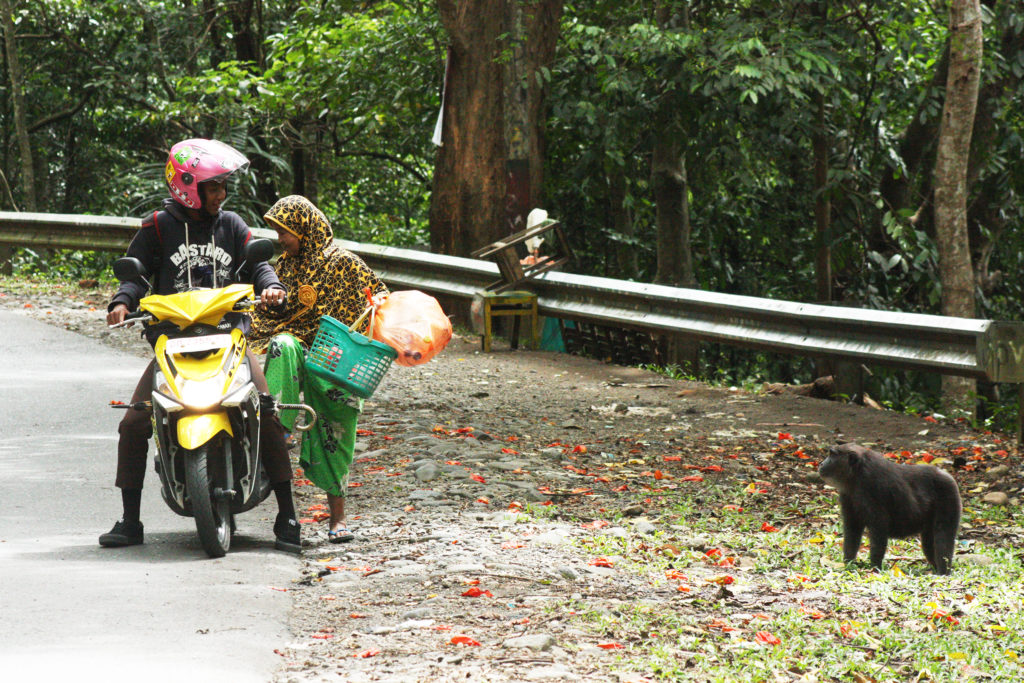 A macaque monkey waits to see if he’ll get a handout. (Submitted photo)

In general, the researchers found that male macaques were more likely to take the risk of approaching humans, who commonly offered the monkeys bread, fruit, potato chips and other processed foods.

They also found that macaques who have greater influence within the community of monkeys would visit the roadside more frequently.

While this regular proximity to humans may have resulted in a food reward, it also disrupted normal social behaviors that are typical of these macaques in the forest farther away from humans.

“When the monkeys were along the road there were fewer social connections between individuals. This change can reduce the opportunities for positive interactions, such as grooming one another or resting nearby one another,” Morrow said. “These are important behaviors, because they serve as a foundation for social learning and relationship building that lead to a strong, cohesive community.”

Disruption of these social bonds could be detrimental to the monkeys’ health, life span, reproductive success and infant survival, according to the study.

Over time, it’s possible that these regular interactions with humans could fundamentally change the social structures of this and other communities of monkeys, Morrow said.

This is important information to have as people try to address conservation issues related to loss of habitat or where animals are more likely to interact with humans, Morrow said. 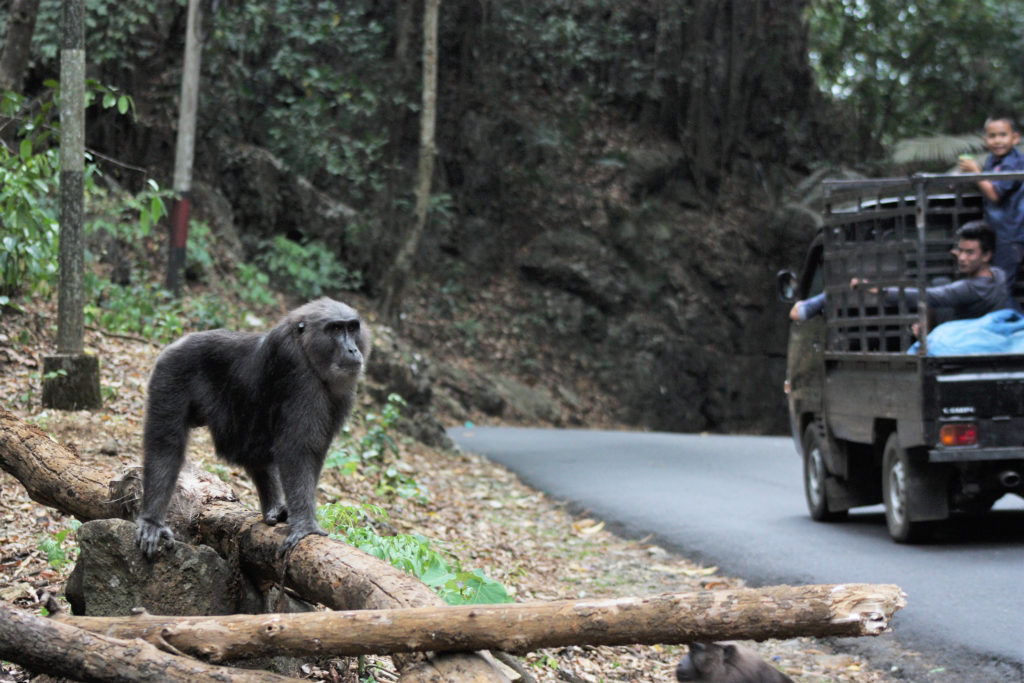 “Our results suggest that moor macaques are attracted to the road because they perceive that the benefit of receiving food provisions outweighs any risks associated with being in close proximity to people and moving vehicles,” said Erin Riley, professor of anthropology at San Diego State University and the senior author on the paper. “This finding suggests that a macaque-focused approach to managing this interface may be ineffective. Instead, efforts are likely better focused on changing people’s behavior by expanding their knowledge of the negative effects of feeding the macaques and why protecting them is important.”

The researchers collected their data six hours per day, six days a week from August 2016 to January 2017. Every 30 minutes, the researchers would scan the group and record each individual macaque’s location and their behaviors, which could include rest, feeding, play or aggression.

They followed the study group for about 565 hours, during which they completed more than 1,200 scan samples of the monkeys.

“While this study tells us a lot about the potential impacts of human interactions with this community of macaques, we need to do more research to understand how these behaviors affect wildlife,” Morrow said. “Humans and animals are crossing paths more frequently, and we need to understand the effects of these interactions to build effective conservation practices.”