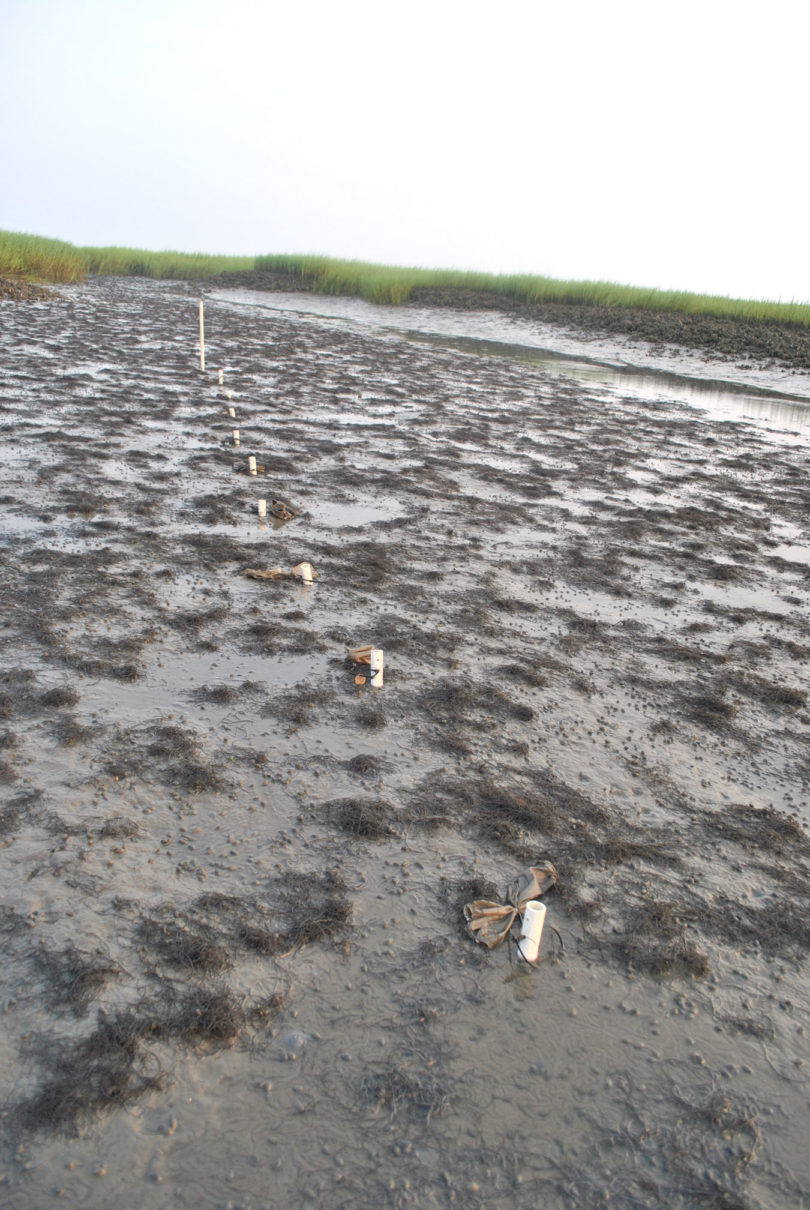 Athens, Ga. – Linsey Haram, a doctoral student in the University of Georgia Odum School of Ecology, has received a three-year National Estuarine Research Reserve System graduate research fellowship, one of only nine awarded in 2012.

Haram will study the effects of two human-caused stressors—the introduction of an invasive seaweed and increasing levels of nutrient pollution—on estuaries in Georgia and South Carolina. Specifically, she will research the invasive Gracilaria vermiculophylla, a large red alga native to Asia that recently invaded southeastern Atlantic coastal areas.

“Gracilaria is an ecosystem engineer, an organism that has a profound effect on the structure and function of its habitat,” Haram said.

Gracilaria may be providing a novel source of food in southeastern estuaries, she said, which were historically thought to be primarily supported by dead plant material from the native marsh grass Spartina alterniflora. Haram will investigate how the Gracilaria invasion has affected the estuarine environment’s physical structure, food web and nutrient cycle.

She will also explore the effects of eutrophication—increased levels of nutrients—in estuaries and what the combination of these two stressors means for these systems.

The National Estuarine Research Reserve System consists of 27 sites in 23 states and Puerto Rico. It was established as a partnership between the National Oceanic and Atmospheric Administration and coastal states for the study and protection of coastal and estuarine resources. Haram will conduct her research primarily at the North Inlet-Winyah Bay NERR in South Carolina with additional work at the Sapelo Island NERR in Georgia and the ACE Basin NERR in South Carolina.

Haram is advised by Jeb Byers, an associate professor of ecology, who conducted research as a NERRS fellow from 1998-2000.