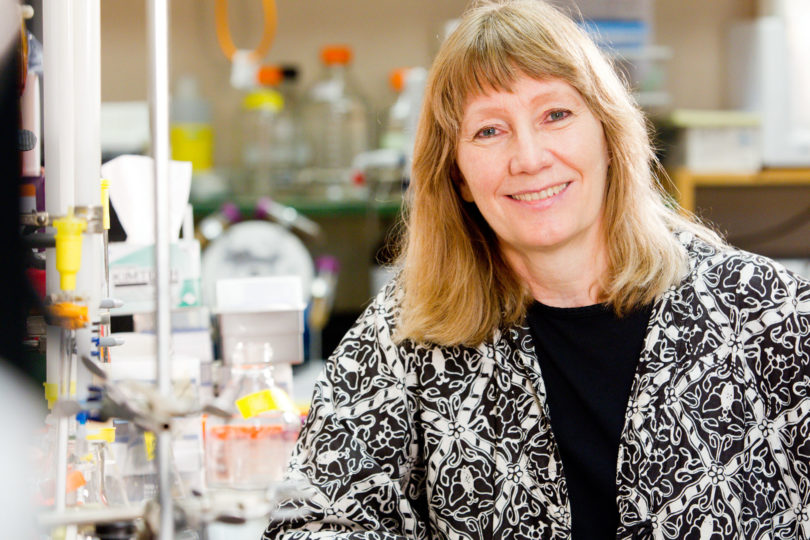 A new UGA study finds that pectin, a type of fiber found in fruits and vegetables and used in making jams and other foods, kills prostate cancer cells.

The study, published in the August issue of the journal Glycobiology, found that exposing prostate cancer cells to pectin under laboratory conditions reduced the number of cells by up to 40 percent. UGA Cancer Center researcher Debra Mohnen and her colleagues at UGA, along with Vijay Kumar, chief of research and development at the Augusta VA Medical Center, found that the cells literally self-destructed in a process known as apoptosis. Pectin even killed cells that aren’t sensitive to hormone therapy and therefore are difficult to treat with current medications.

“What this paper shows is that if you take human prostate cancer cells and add pectin, you can induce programmed cell death,” said Mohnen, a professor of biochemistry and molecular biology. “If you do the same with non-cancerous cells, cell death doesn’t occur.”

Mohnen’s study adds to the growing body of evidence on the health benefits of pectin, which has been shown to lower cholesterol and glucose levels in humans.

Pectin is one of nature’s most complex molecules and has the potential to bind to several sites on cells and to elicit several different cellular responses at the same time. Mohnen and her team are working to identify the smallest structure within pectin that can induce apoptosis with the ultimate goal of developing pectin-based pharmaceuticals or foods with enhanced health benefits.

Mohnen said that more evidence is needed to support the use of specific pectin supplements, but said that most Americans would do well to increase their intake of fruits and vegetables.

“Even though we hear constantly that we’re supposed to eat lots of fruits and vegetables, it wasn’t until we started working on these studies that it finally hit home how really important that was,” she said. “By simply increasing your intake of fruits and vegetables, you’re going to get a lot of pectin and you’re going to get all of the other beneficial phytochemicals at the same time.”

The research was funded by the Georgia Cancer Coalition-Georgia Department of Human Resources, the UGA-Medical College of Georgia Joint Intramural Grants Program and the federal Department of Energy.