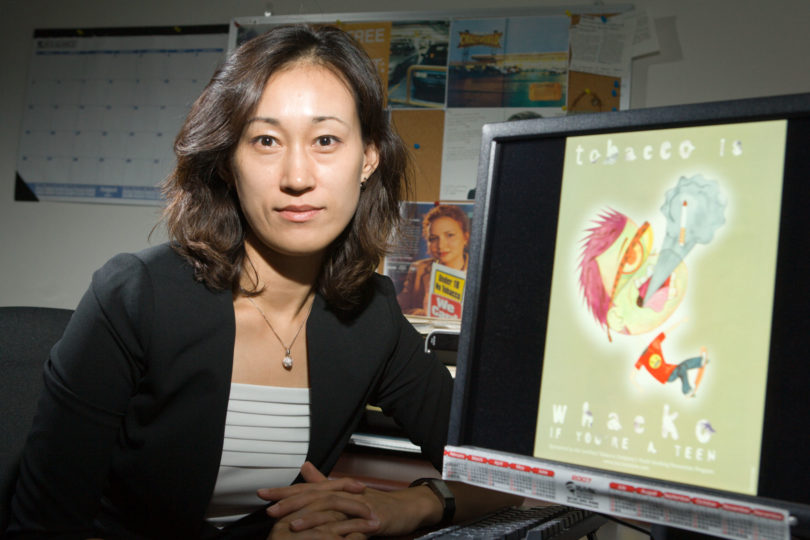 Some anti-smoking ads are simply ineffective, while others actually make youth more likely to light up. Fortunately, some are successful, and a UGA study helps explain why.

Hye-Jin Paek, assistant professor at the Grady College of Journalism and Mass Communication, found that anti-smoking ads are most effective when they convince youth that their friends are listening to the ads. Otherwise, the ads appear to stimulate the rebellious and curious nature of youth, making them more interested in smoking. Paek and co-author Albert Gunther from the University of Wisconsin-Madison examined data from surveys of nearly 1,700 middle school students, and their results appeared in the August issue of the journal Communication Research.

“Anti-smoking ads have the greatest impact on smoking attitudes and behavior when adolescents think that their peers are listening to those messages,” Paek said. “And that makes sense because people are more likely to listen to what their close peers say rather than what the media says.”

Evidence that anti-smoking ads have the potential to make youth more likely to smoke has been accumulating for the past five years. Paek and Gunther’s study adds to that evidence and helps explain how anti-smoking ads can be effective.

“Perception is sometimes more powerful than actual behavior,” Paek said. “What we’ve found is that it doesn’t necessarily matter how your friends respond to the ads, but how you think your friends are responding.”

Paek said many health campaigns assume that anti-smoking messages have a simple, direct and strong impact on individuals. She said that by understanding the indirect route that messages often take, health communicators can design more effective ads.

Her results suggest that campaigns don’t work by convincing individuals to avoid tobacco, but rather by helping change the social norms surrounding smoking. With that in mind, she said, campaigns should be designed for a sustained, multi-year effort.

The way the message is designed is critically important, too. Rather than using an authoritarian approach along the lines of “just say no,” Paek urges health communicators to emphasize that most youth don’t smoke, and for good reasons.

“Advertising professionals have only recently become involved in anti-smoking campaigns,” she said. “We need to develop more sophisticated appeals.”
The study was funded by the ­National Cancer Institute.