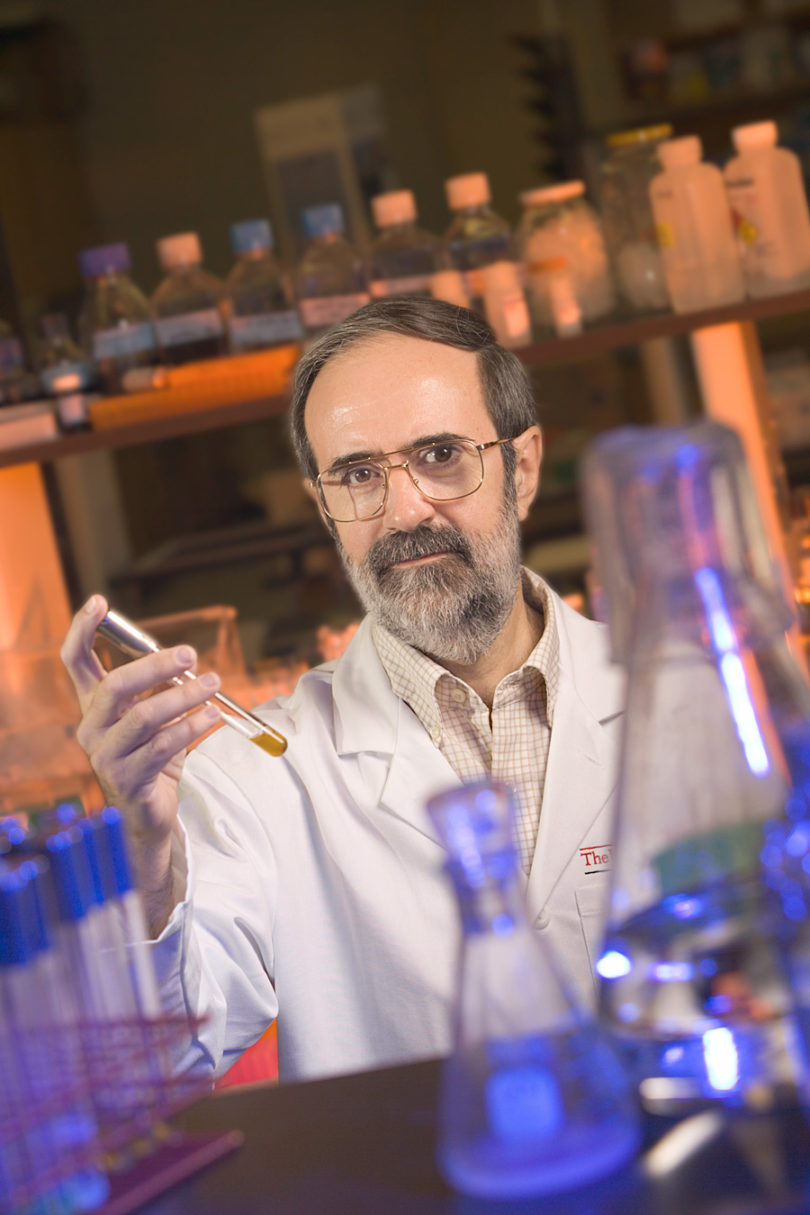 A serendipitous comparison prompted by an old scientific image, and involving an ancient but understudied molecule, may lead to a new treatment strategy for injuries or illnesses in which blood clotting is paramount to survival.

In a paper to appear in the Proceedings of the National Academy of Sciences, researchers from the University of -Illinois at Urbana-Champaign and UGA report that a linear polymer known as polyphosphate speeds blood clotting and helps clots last longer. Polyphosphate was shown to have three important roles, says James H. Morrissey, a biochemist in the University of Illinois College of Medicine at Urbana-Champaign. The inorganic compound accelerates two parts of the coagulation cascade—the contact-activation pathway and factor V, a protein that forms thrombin—leading to fibrin and clots. Finally, he says, polyphosphate delays the breakdown of clots, which causes renewed -bleeding.

“The net effect is accelerating the rate at which blood clots form and then prolonging how long they last,” Morrissey says.

The successful research already has landed the University of Illinois a three-year, $300,000 grant from the Roy J. Carver Charitable Trust to establish the Center for Hemostasis Research.

The PNAS report comes about a year after former Illinois scientist Roberto Docampo, now a professor of cellular biology at UGA’s Center for Tropical and Emerging Global Diseases and the Sanford Orkin Eminent Scholar, documented in the Journal of Biological Chemistry (Oct. 22, 2004) that dense granules in human platelets contain polyphosphate.

In the early 1990s, Docampo determined that a tiny granule, a subcellular pouch, in yeast, fungi and bacteria—long thought to be for storage—was a fully operational organelle.

It contained pyrophosphatase, a pump-like enzyme that allows proton transport. He named it the acidocalcisome for its acidic and calcium components.

Docampo has since found virtually identical pyrophosphate-containing pouches in numerous prokaryotic organisms, challenging the theory on the origin of eukaryotic organelles and suggesting a targeted approach to killing many disease-causing organisms.

“Because I saw electron microscopy pictures of the blood platelets’ dense granules taken many years ago that were almost identical to the pictures we took of the acidocalcisomes of different protozoa. I thought it would be a good idea to test if they were similar in other aspects,” he says. “When we found that polyphosphate was released from platelets upon stimulation, I immediately thought about a potential role in coagulation.”

In collaboration with Morrissey, an expert on blood clotting, Docampo and a team of University of Illinois  graduate and postdoctoral students tested the effect of adding polyphosphate to platelet-poor plasma in a series of in-vitro experiments to see if it enhanced blood clotting. The results were dramatic, Morrissey says, adding that the presence of polyphosphate may help explain how platelets accelerate the process of blood clotting.

The National Institutes of Health funded the collaborative project.

Polyphosphate is in every living organism, but scientists thought it to be a molecular fossil conserved from prebiotic time.

“This is something that has mainly been studied in bacteria,” Docampo says. “There is almost no data on polyphosphates in vertebrates, including humans. No role was seen for them, so there was little interest in studying them.”

The Center for Hemostasis Research will carry the new discovery further. Morrissey and Illinois colleagues Stephen Sligar, a professor of biochemistry, and Lawrence B. Schook, a professor of animal sciences, will lead a variety of experiments.

Among them, they will test the use of polyphosphate as an additive to topical agents, as well as new nanotechnologies in an animal model to develop effective treatments for situations involving uncontrollable bleeding.

Such scenarios, Morrissey says, could include treatment for wounds sustained on battlefields or in accidents, or for hemophilia and other diseases with coagulation deficits.

“The big picture is that we’ve found a new function for an ancient molecule,” he says. “Polyphosphate has been around for billions of years. Roberto’s discovery that the granules in platelets are like the granules in trypanosomatids was a key breakthrough.”

Docampo’s recognition of the acidocalcisome in various organisms has enabled scientists to detect muscle-like motors that operate a variety of movements within cells, says Arthur Kornberg, who won the 1959 Nobel Prize in Medicine or Physiology for discovering mechanisms in the synthesis of ribonucleic acid and deoxyribonucleic acid.

“Roberto has discovered a novel structure of major metabolic importance that regulates the levels of calcium and phosphate within all cells,” says Kornberg, an emeritus professor of biochemistry in Stanford University’s School of Medicine. “This acidocalcisome has been identified in cells as diverse as bacteria, the protozoa of tropical diseases and the blood-clotting elements of human blood.”

Although no longer at Illinois, Docampo says he’s thrilled that the research will be continuing through the Carver grant to the University of Illinois.

“It’s theoretically possible to use this discovery to find ways to help the body’s own blood-clotting mechanisms,” he says. “It could be potentially very useful to save lives. Many people with severe injuries die from blood loss not directly resulting from their injuries. This research could open doors to helping in that regard.”

In his new lab at UGA, Docampo will continue to study the purification of polyphosphate present in platelets and on the enzymes involved in its metabolism.