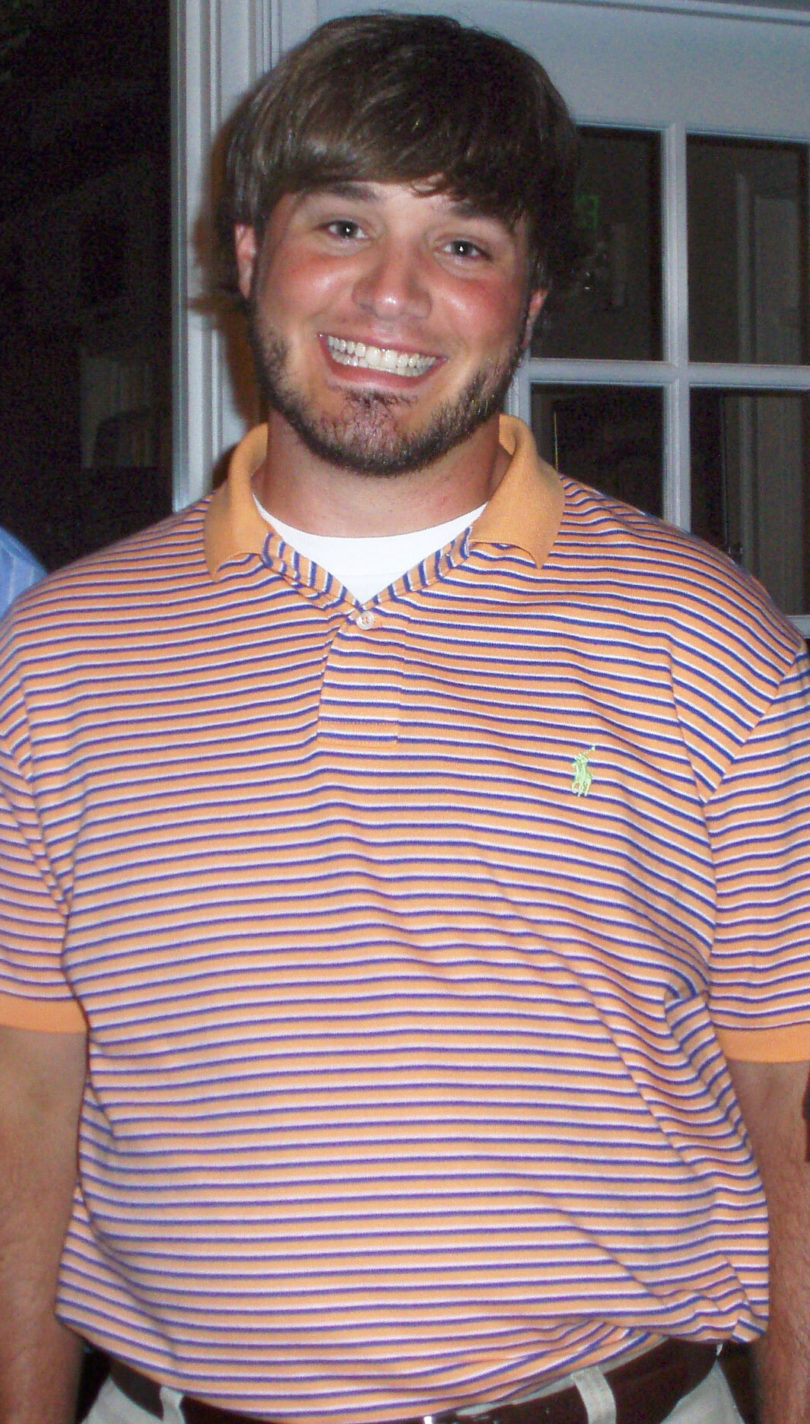 Athens, Ga. – University of Georgia student Michael Hendrickson dreamed of running a youth camp before he was tragically struck down by meningitis in December 2007.

Now, a rising senior in UGA’s recreation and leisure studies program will have the opportunity to realize the same dream herself, thanks to financial aid from a memorial scholarship set up by Michael’s parents, Phil and Carol Hendrickson, of Martinez.

Maddeline McGraw of Rome is the first recipient of the Michael J. Hendrickson Memorial Scholarship. She received the award from the Hendrickson family during the RLST’s recent year-end celebration.

The scholarship is a cash award for the recipient to use toward education expenses. The fund also supports program activities, such as class field trips, student conference attendance, guest speakers, programming resources and other undergraduate program-related expenses.

The Hendricksons established the fund shortly after Michael’s death from meningococcal meningitis, an infection that results in swelling and inflammation of the membranes covering the brain and spinal cord.

The response and outpouring of support from the RLST program, the College of Education and the university led the Hendricksons to initiate the fund at UGA.

“When you’re a grieving parent, you want to look for something positive,” said Phil. “Out of the blue, I thought of the scholarship. I thought it was impossible because of the amount we would need to raise. However, within six months, we had more than enough to start an academic fund. Now we have raised more than enough for the scholarship, and the money just keeps coming in.”

The scholarship is an opportunity for Michael’s life to be remembered and the impact he had on his fellow students. Selection is based on ambition, quality of character and someone who shares Michael’s spirit, said Gwynn Powell, an associate professor in the program, which is based in the college’s department of counseling and human development services.

“The scholarship is a way that Michael’s legacy can have a lasting impact on the entire state,” she said.

Michael had earned enough credits to graduate from UGA that December, and he was awarded his degree posthumously. The degree is extra special, because Michael found a home and his life path in the RLST program, said the Hendricksons. He had plans for an internship at Mistletoe State Park in Appling following graduation.

Michael attended Georgia Military College before transferring to UGA as a junior, quite a surprise to Phil, a University of Florida alumnus.

“Michael called to tell me that he had damaged the front of my car and that I needed to take a look,” recalls Phil. “He had put a UGA/UF House Divided plate on my car as a way of telling me he was headed to UGA.”

The plate remains on the car today.

Michael became a leader at UGA and served as a peer mentor for students in his major, said Corey Johnson, an associate professor in the program.

“Michael was one of the bright and shining stars in that group,” he said. “He was out to make a difference in his community, out to share his beliefs and his faith.”

Like Michael, McGraw thrives on investing in the lives of others, particularly as a camp counselor. She has served as a counselor at Camp Skyline Ranch in Mentone, Ala. for the past few years.

“I am excited to represent this scholarship as its first recipient, and I can only hope to leave such an amazing impact as Michael did on the RLST family,” said McGraw. “Through the Hendricksons, I am afforded the opportunity to take one more step toward my future goals and endeavors. It’s incredibly encouraging to know that not only are they supporting me financially, but also emotionally and spiritually.”

Risk factors include recent exposure to meningococcal and a recent upper respiratory infection. The infection occurs more often in winter or spring. It may cause local epidemics at boarding schools, college dormitories or military bases.

Vaccines are effective for controlling epidemics. They are currently recommended for college students in their first year living in dormitories, military recruits and travelers to certain parts of the world. Michael did not receive the vaccine, because he never lived in a dorm.

For more information on the RLST program at UGA, see http://www.coe.uga.edu/chds/academic-programs/recreation-and-leisure-studies/.