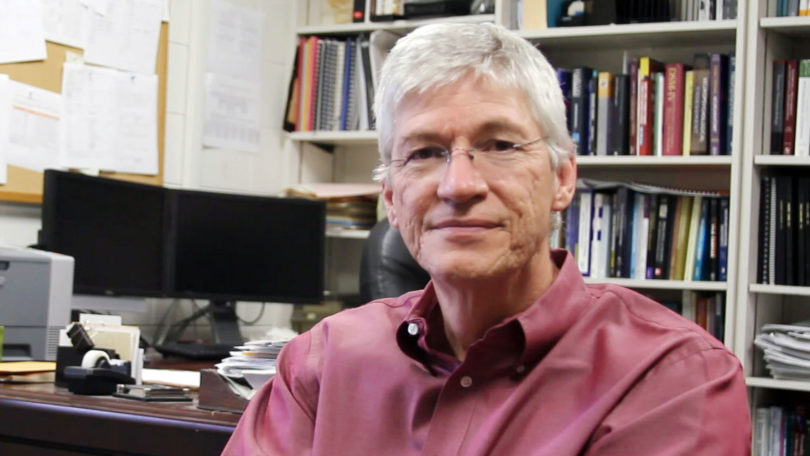 Chris Miller, associate provost for academic fiscal affairs, not only loves her family, reading and aerobics classes in the Ramsey Student Center, but also fiscal policy.

“I had been a math major in high school, and I have an aptitude for numbers,” said Miller, who attended Westchester High School in Los Angeles. At that time, students declared majors and would take electives in their chosen discipline all four years of high school.
In college, however, Miller majored in history, a discipline far from the mathematical equations she excelled in during high school. Miller, who especially likes U.S. history, said she chose history more “for education’s sake,” than for her career.

Miller, whose first job was as an accounting assistant, went back to school and earned her master’s degree in business administration. In 1991, Miller came to Athens from California with her husband, Steve, after he was hired as an assistant professor in the department of psychology.

For two years, Miller stayed home to care for the couple’s young daughter, Katie, who is now 18. In 1993, Miller reentered the workforce as a program coordinator for a research center, funded by the National Institutes of Health, in UGA’s psychology department. Three years later, Miller moved to the Warnell School of Forestry and Natural Resources as a business manager, where a large part of her job was to make sure the college followed policy regulations issued by the provost’s office. When her supervisor, Arnett C. Mace Jr., Warnell’s former dean, was named the senior vice president for academic affairs and provost in 2003, Miller moved with him to North Campus.

“I was excited at the opportunity to be at a more regional place on campus,” said Miller. “The duties expanded quite a bit, it was a greater challenge and I got to work with Dr. Mace, a person with whom I still enjoy working.”

Miller served as the associate to the provost for two years before being promoted to associate provost in 2005 after her responsibilities increased.

Now, she mediates the university’s financial incentives with its academic endeavors. After the university’s budget is set, Miller helps the university’s many departments in the schools and colleges receive their appropriate allocations. In addition, she helps develop and ensure that policies and procedures associated with the funds-whether enacted at the university, state or federal level-are being followed.

For example, a recent policy interpretation allowing state funds to be used in covering relocation expenses for new employees at institutions within the University System of Georgia had to be created for the university.

“We had to develop a policy on what would be allowed in moving expenses and how that would be handled,” said Miller.

A key factor in managing and creating these policies is good communication.

“When there’s a breakdown in communication, and people don’t understand why they are doing what they should be doing or how decisions are made, this can lead to people being unhappy,” said Miller.

The inspiration and hope that faculty members give Miller helps inspire her not only in her work, but also in life.
“The faculty are amazing in the research they do,” she said. “It really gives me hope, and it is a good use of resources because the things they’re doing are so important to our lives on a number of levels.”

Outside of fiscal policy, Miller enjoys reading, especially topics that have a “historical bent.” She also recently purchased a motorcycle at the encouragement of her husband, who also has one.

In addition, every Monday, Wednesday and Friday for the past seven years, Miller heads to the Ramsey Student Center at noon to participate in the College of Education’s Adult Fitness Program, where she does aerobics for an hour.

“It’s really good mental health-wise,” she said. “And you come back renewed and fresh to work.”