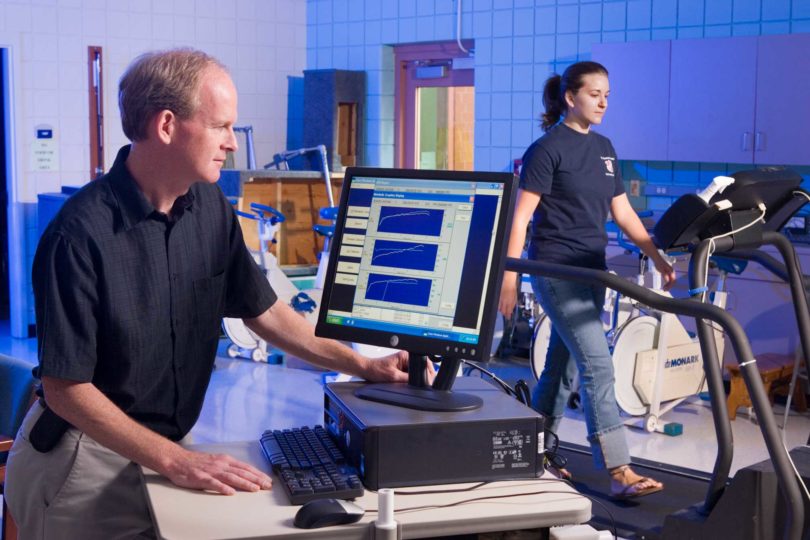 “A lot of times when people are fatigued the last thing they want to do is exercise,” said professor Patrick O’Connor, co-director of the UGA exercise psychology laboratory. “But if you’re physically inactive and fatigued, being just a bit more active will help.”

Health professionals encourage regular exercise to prevent or improve symptoms of conditions such as diabetes, heart disease and obesity, but the scientific evidence on whether exercise increases or reduces fatigue had never been reviewed quantitatively. O’Connor, kinesiology professor Rod Dishman and lead author Tim Puetz, who recently completed his doctoral work at UGA, analyzed 70 randomized, controlled trials that enrolled a total of 6,807 subjects.

They found strong support for the role of exercise in reducing fatigue.

“More than 90 percent of the studies showed the same thing: Sedentary people who completed a regular exercise program reported improved fatigue compared to groups that did not exercise,” O’Connor said. “It’s a very consistent effect.”

The study, published in the November issue of the journal Psychological Bulletin, quantified the magnitude of the effect of exercise and found that it was stronger than the treatment of fatigued people with drugs such as the narcolepsy drug modafinil. Specifically, the researchers found that exercise increased energy and reduced fatigue by 0.37 standard deviations when compared to control groups, whereas participants in a previous study taking modafinil had an improvement of 0.23 standard deviations.

Puetz notes that their analysis found that nearly every group studied-from healthy adults to cancer patients to those with chronic conditions such as diabetes and heart disease-benefited from exercise. He acknowledges that it may seem counterintuitive that expending energy through exercise would increase feelings of energy and reduce fatigue, but he points out that previous studies have shown marked increases in the levels of energy-promoting and mood-enhancing neurotransmitters such as dopamine, norepinephrine and serotonin in the brains of animals that are placed in regular exercise conditions.

“We live in a society where people are always looking for the next sports drink, energy bar or cup of coffee that will give them the extra edge to get through the day,” Puetz said. “But it may be that lacing up your tennis shoes and getting out and doing some physical activity every morning can provide that spark of energy that people are looking for.”