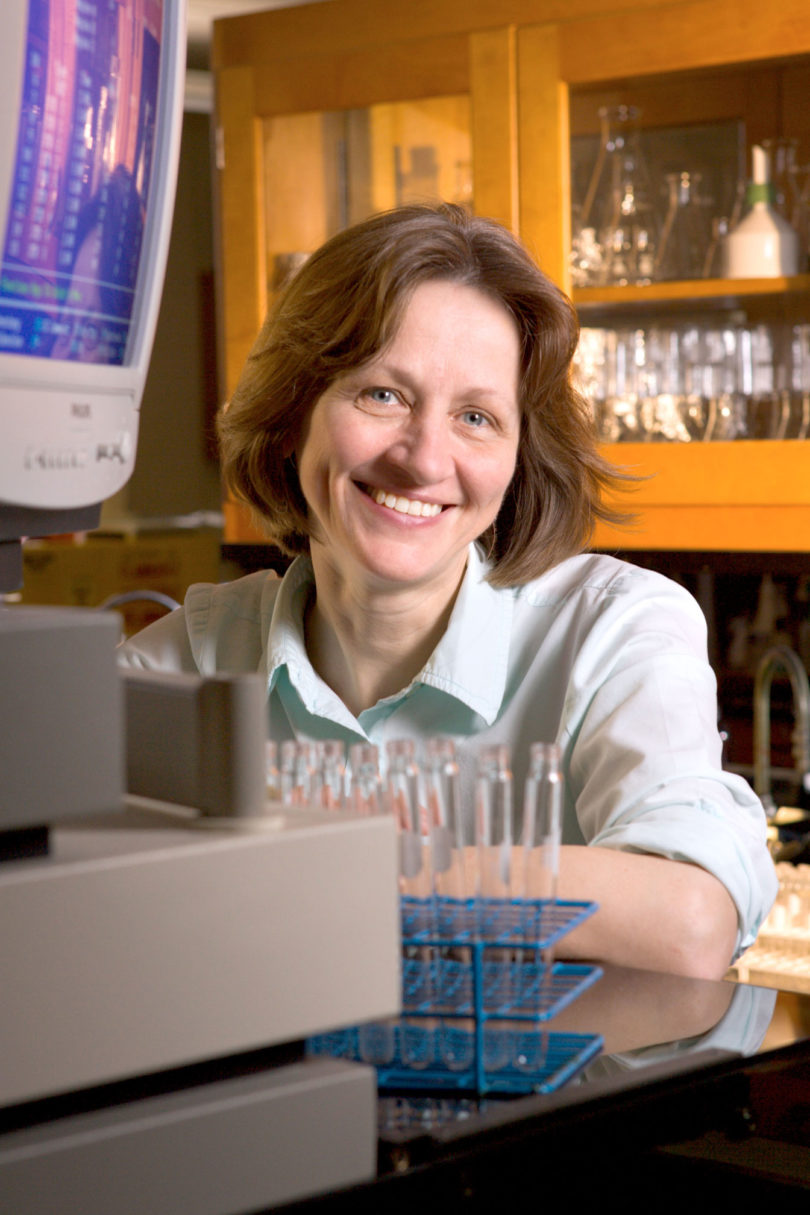 Experiments in Ruth Harris's lab currently focus on two areas-the role of the hormone leptin in the metabolism of adipose tissue and the impact of stress on body weight gain.

Ruth Harris is passionate about her research, but unless you’re a fellow scientist you might never know it.

“It’s hard to find people who understand what I do,” Harris says. “So, I tend not to talk too much about it to people outside of my laboratory.”

Instead, her passion is displayed in her laboratory on the seventh floor of the Boyd Graduate Studies Building. There, she, her lab technicians and a number of undergraduate and graduate students conduct experiment after experiment trying to determine the role of particular hormones in controlling weight.

“It’s as if I’m obsessed,” she says. “My students know they can make my day by showing me data from an experiment.”

Those experiments currently focus on two particular areas-the role of the hormone leptin in the metabolism of adipose tissue and the impact of stress on body weight gain.

“When it was discovered that leptin plays a role in weight loss it was suggested that we didn’t need to look any further for how to control body fat, that this was the answer to obesity,” Harris says. “Unfortunately, clinical trials with leptin have not been that successful. We do know that it plays a role in reducing body fat, but not how it accomplishes that. Our goal is to determine how leptin changes the metabolism of fat so that it decreases.”

For example, Harris is currently exploring whether the brain is necessary for leptin to reduce body fat.

Leptin is found in fat cells and released into the blood. The amount of leptin in the blood is proportional to the amount of fat in the body. Researchers know that in some cases, when fat increases, leptin travels to the brain and tells the brain to reduce food intake. In obese people, who have a lot of leptin, this mechanism doesn’t seem to work.

But, says Harris, researchers also know there are leptin receptors throughout the body. And, when you infuse leptin into these other areas, fat begins to break down, even if a rat continues to receive the same amount of food.

“We think the leptin triggers the release of other hormones that change fat metabolism,” she says. “If that turns out to be the case, the next step will be to identify these hormones and to determine whether they can be used to control body fat.”

In her research on stress and weight, Harris is expanding on a project she began at the Pennington Biomedical Research Center at Louisiana State University in Baton Rouge.

A first step in this project is determining which neural pathways are responsible for the rat’s response to stress.

Once she determines these neural pathways, Harris will begin to try to block particular stress neurotransmitters to see if that stops the response of the rats-both their weight loss while they are experiencing stress and their failure to restore all of their weight after the stress is gone.

If this mechanism can be identified it may lead to an understanding of why most people have difficulty in maintaining a reduced weight after they have been dieting.

In addition to her personal passion, Harris is thrilled when students show an interest in research. While she primarily works with graduate students, Harris has had a number of undergraduates working in her lab.

“I’ve really enjoyed the CURO students,” she says. “They know what they’re getting into when they come to work for me. I give them a clear indication of what’s involved and they get very excited about doing experiments.”

Harris then goes on to list one undergraduate student who already has published a paper and another who will complete two manuscripts before graduation.

Another has just committed to working in the lab for the next one and one-half years. And a fourth, who won’t be able to begin working in the lab until the fall, makes a point of attending lab meetings just to stay on top of what’s going on.

In some cases, these undergraduates go on to study for their master’s degrees with Harris, while others pursue other opportunities. Regardless, they’ve learned the intensity that goes into being a researcher.