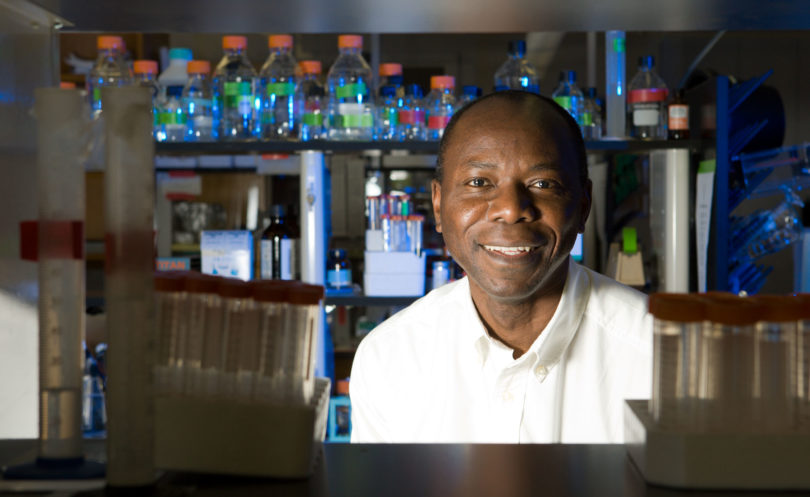 Don’t even think about trying to pronounce it. Although it is found in many organisms including humans, glycosylphosphatidylinositol has remained a mouthful for laymen and a puzzle for scientists. And yet GPIs, as science thankfully calls these cellular lipids, are important in numerous biological functions, including disease transmission.

Now, for the first time, cellular biologists at UGA have developed new tools to study and localize GPIs in living organisms and are discovering a new understanding of how they work in tropical parasites that cause human disease and suffering.

The research was published in The FEBS (Federation of European Biochemical Societies) Journal by Kojo Mensa-Wilmot, professor of cellular and molecular biology, and Sandesh Subramanya, a former doctoral student in the cellular biology department at UGA.

While some GPIs are “attached” to proteins cells, other GPIs are “free,” and it is these footloose cellular wanderers that interested Mensa-Wilmot. Until the UGA team developed new molecular tools to study free GPIs in living organisms, their function was unclear at best. Now, new avenues of study could open because of these molecular tools.

Although the term “lipid” is often substituted for “fat,” these cell components have numerous functions. They are hydrocarbon-containing organic compounds that living cells must have to maintain structure and function. Glycolipids are attached to carbohydrates, and they are involved with cellular energy and also serve as markers for cellular recognition.

The researchers discovered a new function for these glycolipids-they are cleaved in response to cell stress caused by changes in osmotic pressure and relative acidity or alkalinity.

The research by the UGA team is especially important in better understanding the parasite Trypanosoma brucei, which causes human African trypanosomiasis, a disease that affects more than 66 million women, men and children in 36 countries of sub-Saharan Africa. The parasite is transmitted to humans through the bite of the tsetse fly, in which the trypanosome transfers from the mid-gut to the salivary glands where it enters the human bloodstream when the fly bites.

“We found that putting these cells under stress similar to that initially encountered by the trypanosome inside the fly caused the parasites to cleave free GPIs,” says Mensa-Wilmot, “and that gives us important information about how the trypanosome cell functions.”

The scientists also discovered that proteins can move from a glycosome, an important energy-generating organelle in a trypanosome, to the endoplasmic reticulum where GPIs are made, in response to cell stress.

The human equivalent of a glycosome is a peroxisome, whose malfunction is associated with diseases such as Zellweger Syndrome.

The new research will open areas for further investigation.

“Before this work in trypanosomes, there was no evidence that we could ‘catch’ peroxisome proteins moving to the ER,” says Mensa-Wilmot. “With better understanding of the process we could begin looking for compounds that may act as drugs by blocking the parasite’s ability to respond to extracellular stress.”