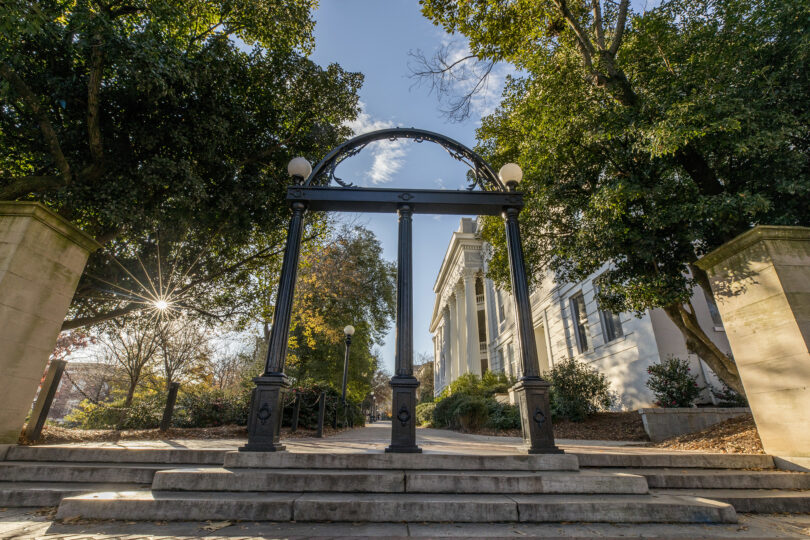 A new UGA award named for those momentous steps, the Footsteps Award, will recognize those UGA alumni who honor the legacy of Hunter-Gault, Holmes and Early through exemplary social justice work.

“Charlayne Hunter-Gault, Hamilton Holmes and Mary Frances Early set a monumental example of creating positive social change,” said UGA President Jere W. Morehead. “This award will allow us to honor those alumni working to follow their example and leave a lasting impact on communities around the globe.”

Members of the UGA Alumni Association Board of Directors brought forward the idea for the award in anticipation of the 60th anniversary of desegregation at UGA. They knew of great work being done by UGA alumni, but there was no specific recognition for it. After deliberating on the idea and presenting it to President Morehead, the Footsteps Award was born.

“I am proud in so many ways for this award,” said Meredith Gurley Johnson, executive director of alumni relations at UGA. “I’m proud of our board members for wanting to honor great and necessary work, proud of our university for adopting the award, and most of all, proud of our alumni who deserve this award by working every day to improve communities.”

Nominations for the Footsteps Award will open in November and close on Jan. 9, the 61st anniversary of the day Hunter-Gault and Holmes enrolled in classes. The honoree will be a UGA graduate who has made a significant positive impact in human rights, race relations or education in their community. Selected by a committee of UGA faculty, staff and students, the first recipient will be named as part of the 2022 Holmes-Hunter Lecture in February.

“I am thankful for the Holmes/Hunter/Early legacy, the university, and the strides that have been made,” said UGA Alumni Association board member Corey Dortch. “The Footsteps Award will live on in perpetuity and serve as a reminder that the work must continue. I am honored to be a part of a community that acknowledges the past and works to create a more inclusive experience for the UGA family.”

The establishment of this award is one of numerous initiatives undertaken by the UGA community within the last year to promote diversity and inclusion. UGA has adopted over a dozen recommendations made by the Race, Ethnicity, and Community Presidential Task Force, including the Judge Horace J. Johnson Jr. Lecture on Race, Law and Policy, the installation of campus markers to recognize the nine historically Black fraternities and sororities that are members of the National Pan-Hellenic Council, and the revival of a student recruitment program tailored to Latinx/Hispanic students and their parents.