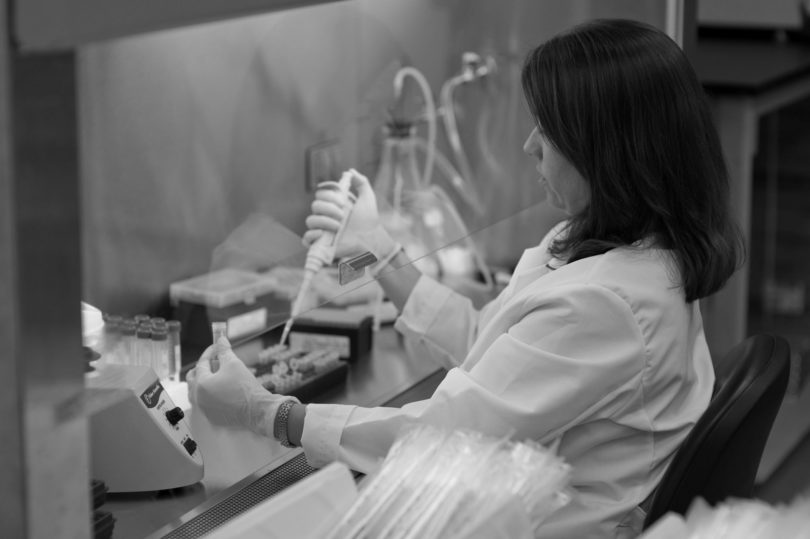 UGA food scientist Jennifer Cannon led a team that created a hand sanitizer that may drastically reduce the number of stomach viruses that ruin cruise ship vacations and everyday life.

A hand sanitizer created by UGA scientists could soon help vacationers on cruise ships spend more time having fun on the lido deck and less time leaning over the side suffering from nasty stomach bugs.

The sanitizer kills norovirus, the leading cause of acute gastroenteritis, or stomach flu, in the U.S. Norovirus is commonly called the “cruise ship virus” for the public attention it gets for sickening hundreds or even thousands of cruise passengers and ruining family vacations. However, far more outbreaks are associated with hospitals, nursing homes, schools, daycare facilities and food, according to project leader Jennifer Cannon, who is an assistant professor with the Center for Food Safety in Griffin.

Approximately 60 percent of all cases of foodborne illness in the U.S. are caused by the norovirus. Many of these cases are the result of poor hand hygiene practices during food service, she said.

Cruise blues
Norovirus is easily transmitted from person to person. It causes 23 million illnesses each year, and 9.2 million of those are foodborne, Cannon said.

While the E. coli pathogen brings to mind undercooked hamburgers, norovirus is more frequently associated with foods that are consumed without cooking, such as salads, deli meats, fresh produce and raw oysters.

“Cruise ships are close settings where everyone is touching the same surfaces, and there’s obviously nowhere to go to get away from each other,” Cannon said.

If 2 percent of people aboard a cruise ship report gastrointestinal illness, the Center for Disease Control and Prevention’s Vessel Sanitation Program must be notified. Fifteen of these reports were made last year, nine of which were confirmed to be caused by norovirus, Cannon said.

Norovirus symptoms typically show within 12 to 48 hours of exposure and usually include nausea, diarrhea, vomiting and sometimes a fever.

“Typically, it will cause you to be ill [three to more than 20] times in a short period of time, and then you’re fine,” Cannon said. “It’s very acute but usually has a very quick recovery time.”

Series of sanitizers
Cannon’s hand sanitizer has its roots in research done by UGA faculty Michael Doyle and Tong Zhao, who created a similar formulation of the sanitizer to wash produce.

Doyle is a professor with the UGA College of Agricultural and Environmental Sciences and director of the Center for Food Safety. Zhao is a UGA CAES assistant research scientist at the center.

The wash is many times more powerful on foods than commercially available chlorine-based antimicrobials, yet its components are generally regarded as safe by the U.S. Food and Drug Administration and the European Union food industry. It’s currently licensed to the maker of FIT Fruit and Vegetable WashTM through an agreement between the UGA Research Foundation Inc. and HealthPro Brands Inc., FIT’s parent company.

Unfortunately, this wash solution is likely to have little effect on the norovirus, Cannon said. In addition to her hand sanitizer, she is currently working on a norovirus-killing produce wash solution.

Wash your hands
UGA has submitted a patent application for the hand sanitizer, which could be available to consumers by the summer of 2011.

“You should wash your hands every time after you use the restroom or change diapers and before you touch your mouth or smoke a cigarette and every time you eat food,” she said.

To wash your hands well enough to get rid of germs, use warm, soapy water and rub them together long enough to sing the “Happy Birthday” song twice. Cannon says ethanol sanitizers should be used as a supplement, not a replacement for hand washing.