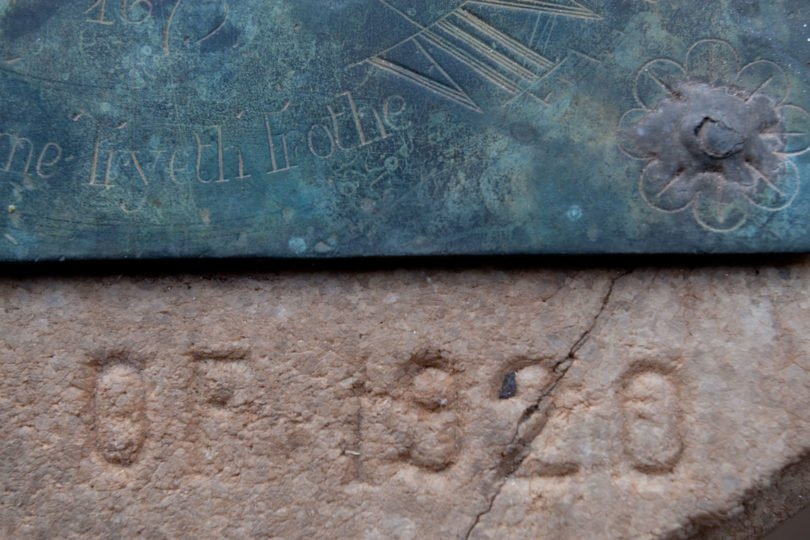 The three-foot high marble urn pedestal, with its graceful curves and intricately scrolled sundial on top, always seemed out of place to Dennis Stewart, a parts specialist for the Physical Plant. He wondered why anyone would have placed such an ornate object in such an obscure setting-under a staircase at the grounds department offices on Cedar Street. A few weeks ago, his curiosity got the best of him, and a long-forgotten connection to the old State Normal School on Prince Avenue began to unfold.

“When I don’t know where to start, I write the Hargrett librarians,” Duncan said. “I wrote Steven Brown and Gilbert Head and they said, ‘We heard it was at the Normal School. We’ll pull out the yearbooks for you.’ Without their help, I would have just been throwing darts.”

The yearbooks revealed that the sundial was donated by a former dean of the State Normal School, Joseph C. Wardlaw, in honor of the Class of 1920. It first appears in photographs in the mid-1920s and by the 1930s, commonly appears as a fixture in photographs of campus clubs.

The sundial was placed on a small pedestal at an intersection in front of Pound Hall, a building which still stands on the Prince Avenue campus today, alongside other historic buildings like Winnie Davis Hall, the Carnegie Library and the President’s Cottage. In 2011, when the Navy vacates the base, the university will reclaim the 58 acres for its health sciences campus.

Before the sundial can be returned, some minor restorative work needs to be done. A joint has loosened, causing the top to wobble, and the marble is chipped at the corners where the brass sundial was pinned to the top.

“The discovery that this sundial actually belongs on the Normal School campus is especially timely,” said Adams. “When we return it, the event will honor Georgia educators of the past and symbolize UGA’s future there. I’m grateful that Dennis was inquisitive enough and Janine resourceful enough to reveal the full story.”